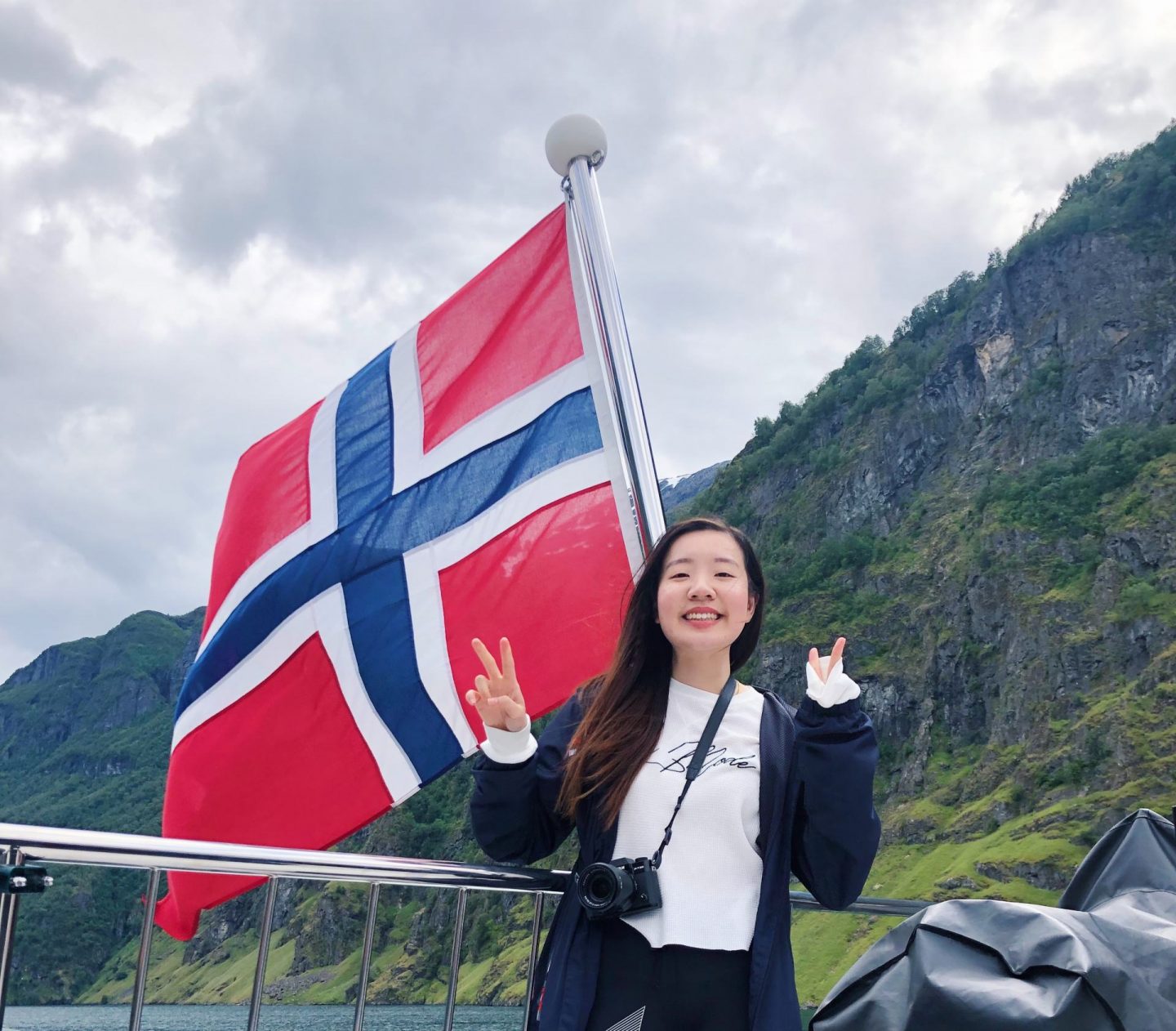 Around this time last year I embarked on a sneaky solo trip to Bergen during my one month student exchange in Norway. I decided to take advantage of the one free weekend in our schedule to explore the beautiful landmarks that Norway is well known for. It was nothing short of amazing and honestly one of the most beautiful places in the world. Bergen is the second largest city in Norway and is known as the ‘Gateway to the Fjords’ and ‘the city between seven mountains.’ The town is filled with houses perched on hillsides and narrow cobblestone pathways which give Bergen its warm, small town vibe and fairytale charm. The town is also very proud of having more than 200 days of rain each year which I was lucky enough experience haha :p 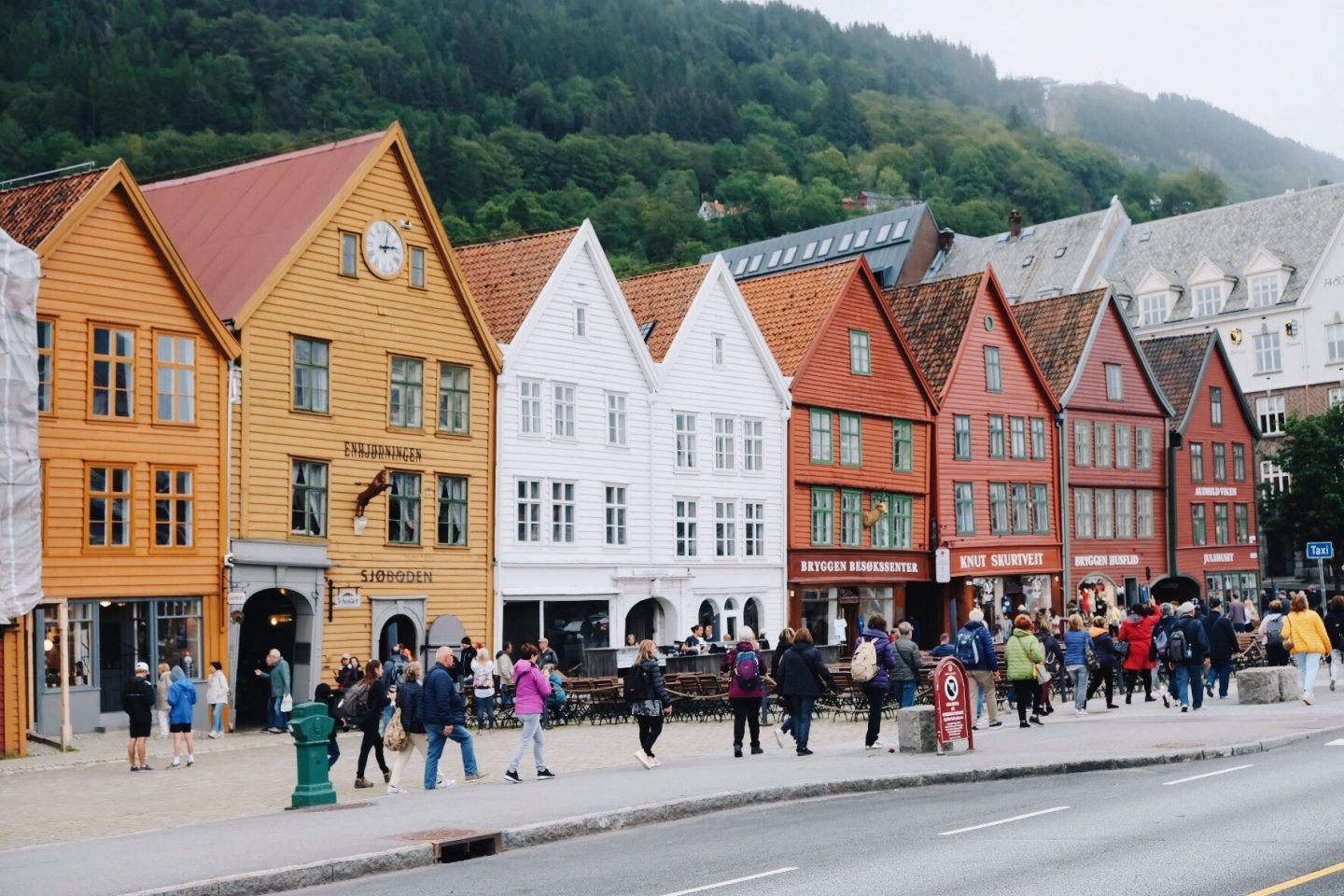 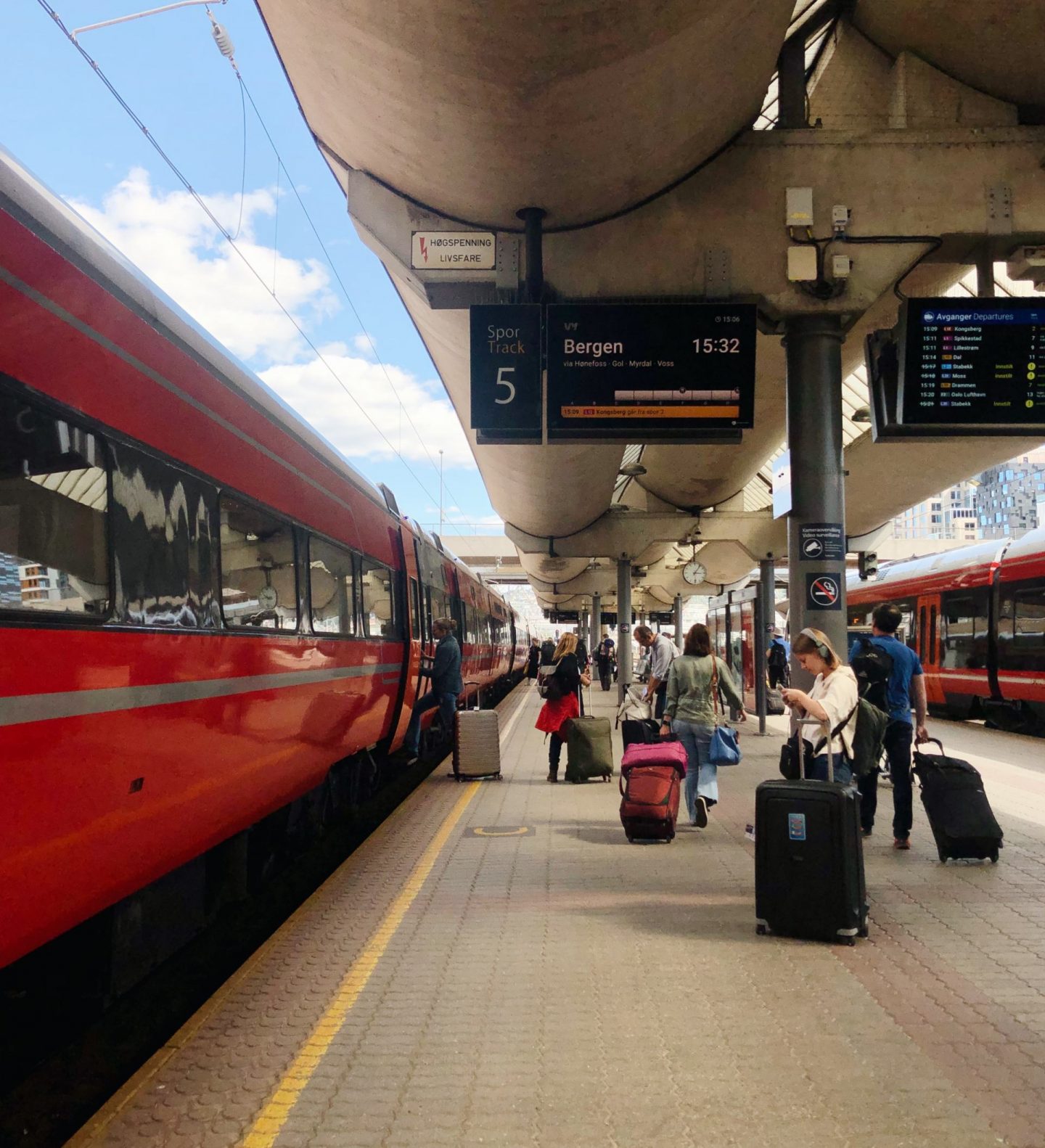 After an exam at BI, I packed my bags and headed straight to Oslo Central Station to board a train to Bergen. I decided to take the 7 hour train ride to Bergen and fly back to Oslo. It’s a long time to spend sitting and looking out a window but it was cool to watch the landscapes change between major stops on the railway line. Norway is home to some of the most beautiful train journeys in the world and the trip is more about the unique experience on the way rather than the destination. 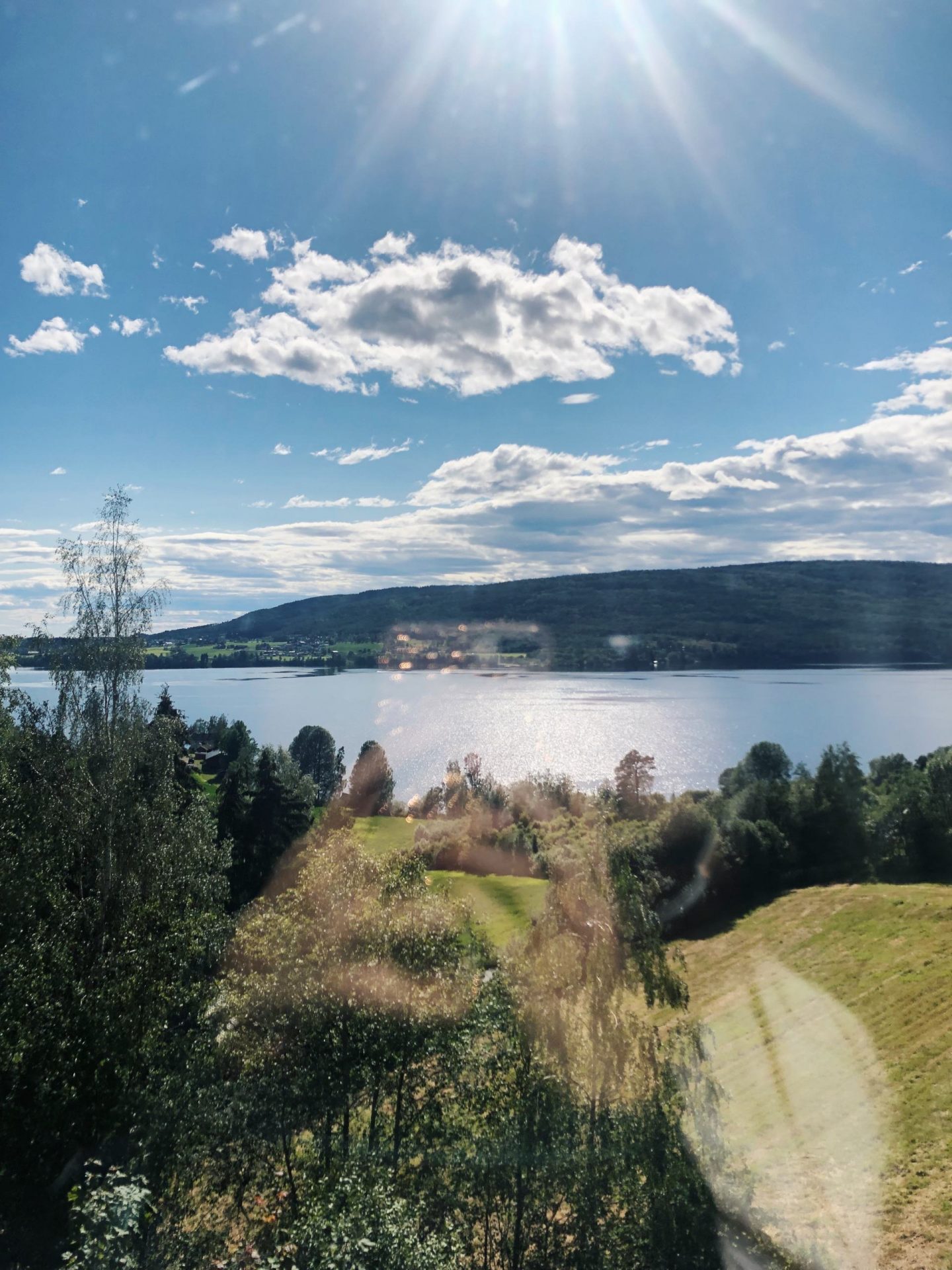 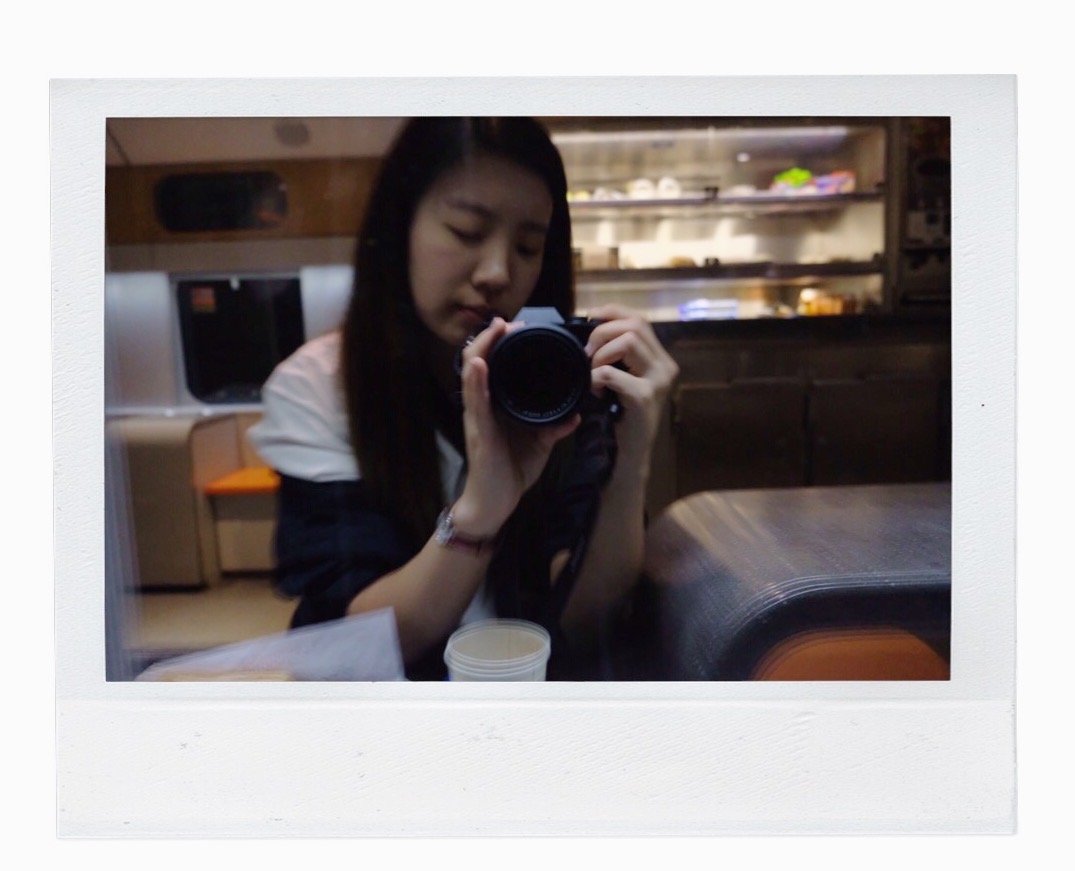 I was too excited to nap, worried that I would miss the views and spent time wandering around the cabins and on board kafé. I attempted to vlog and ended up filming myself for 3 minute of me awkwardly eating a hot dog ._.

I’ve included the video at the end of the post 🙂 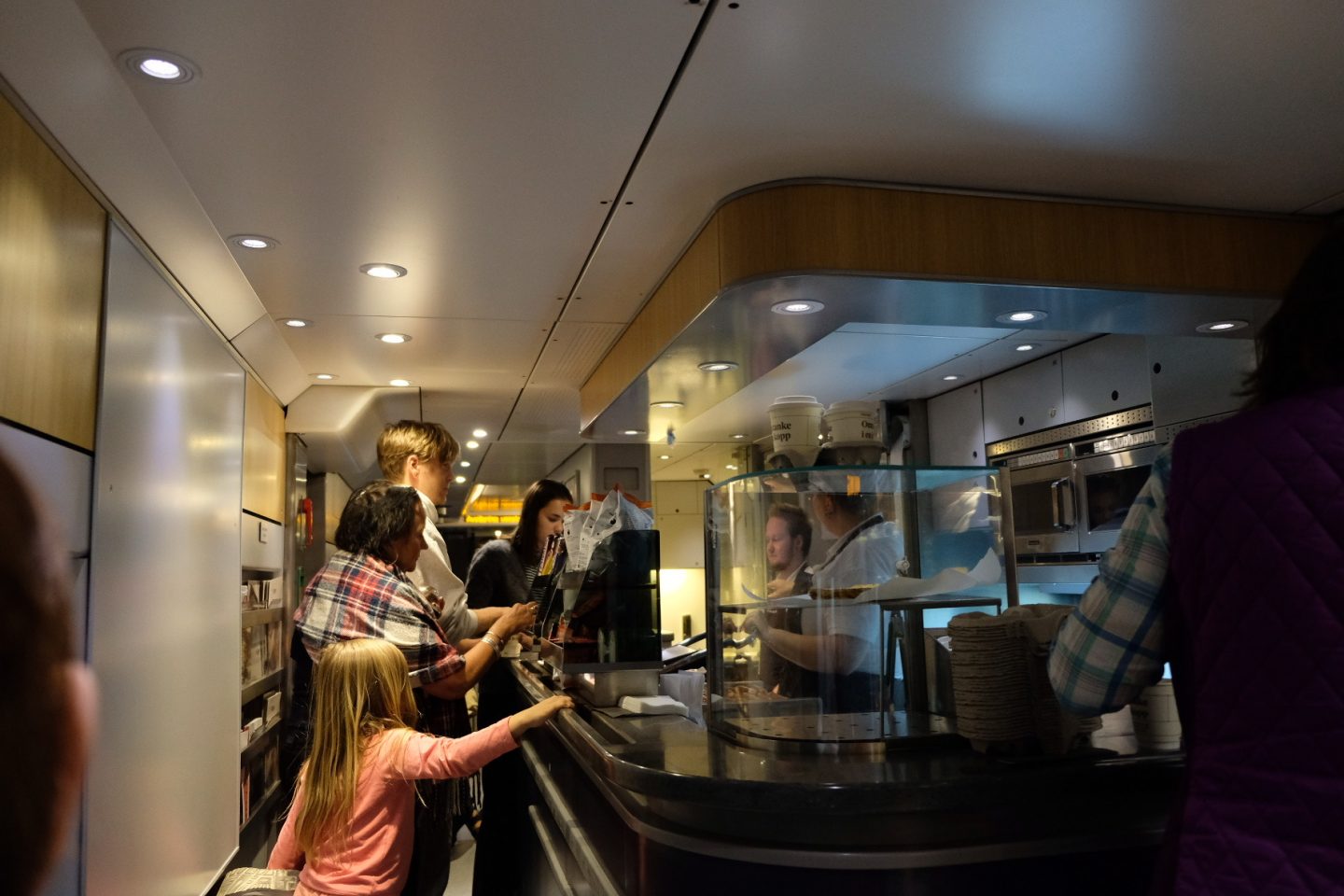 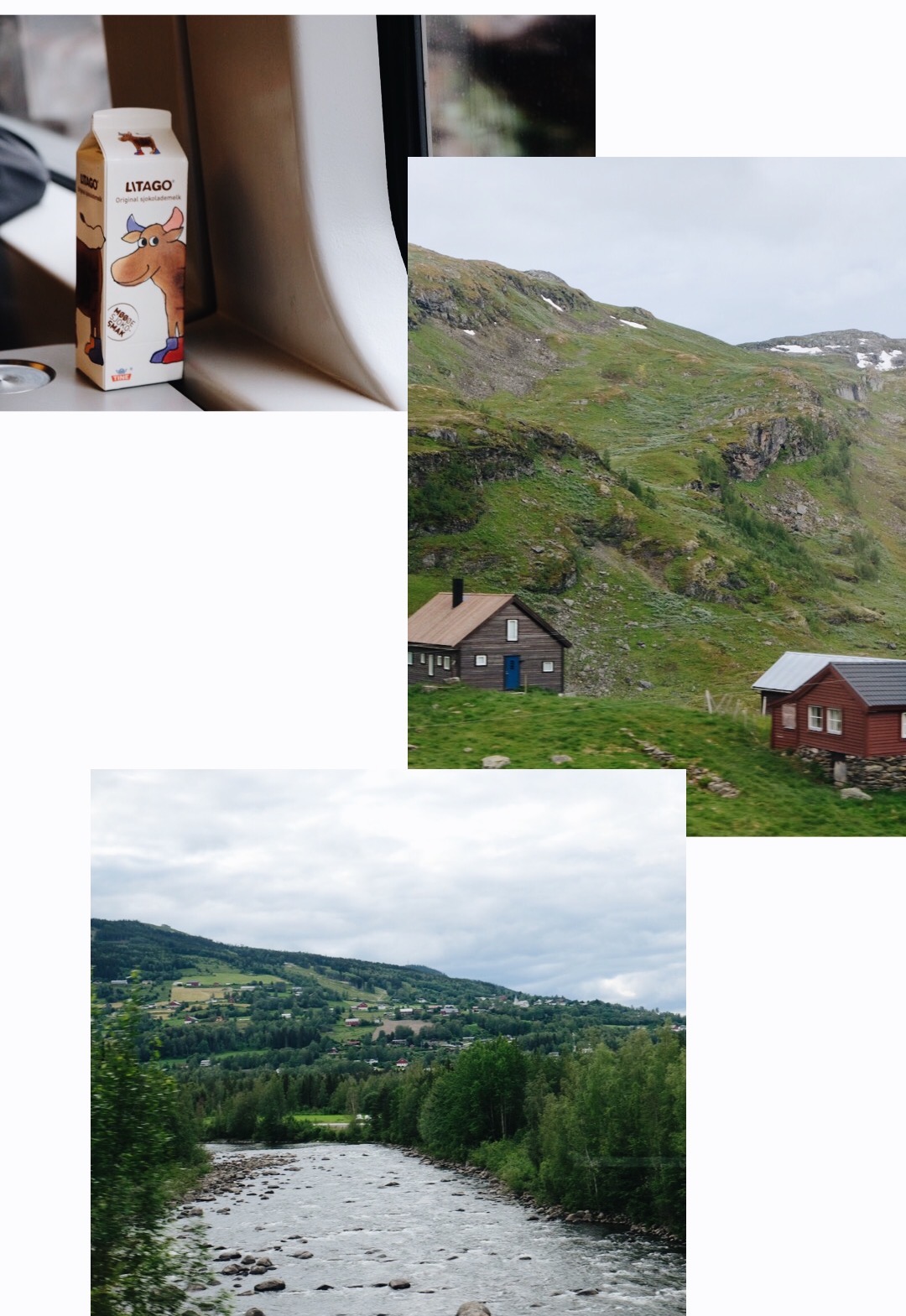 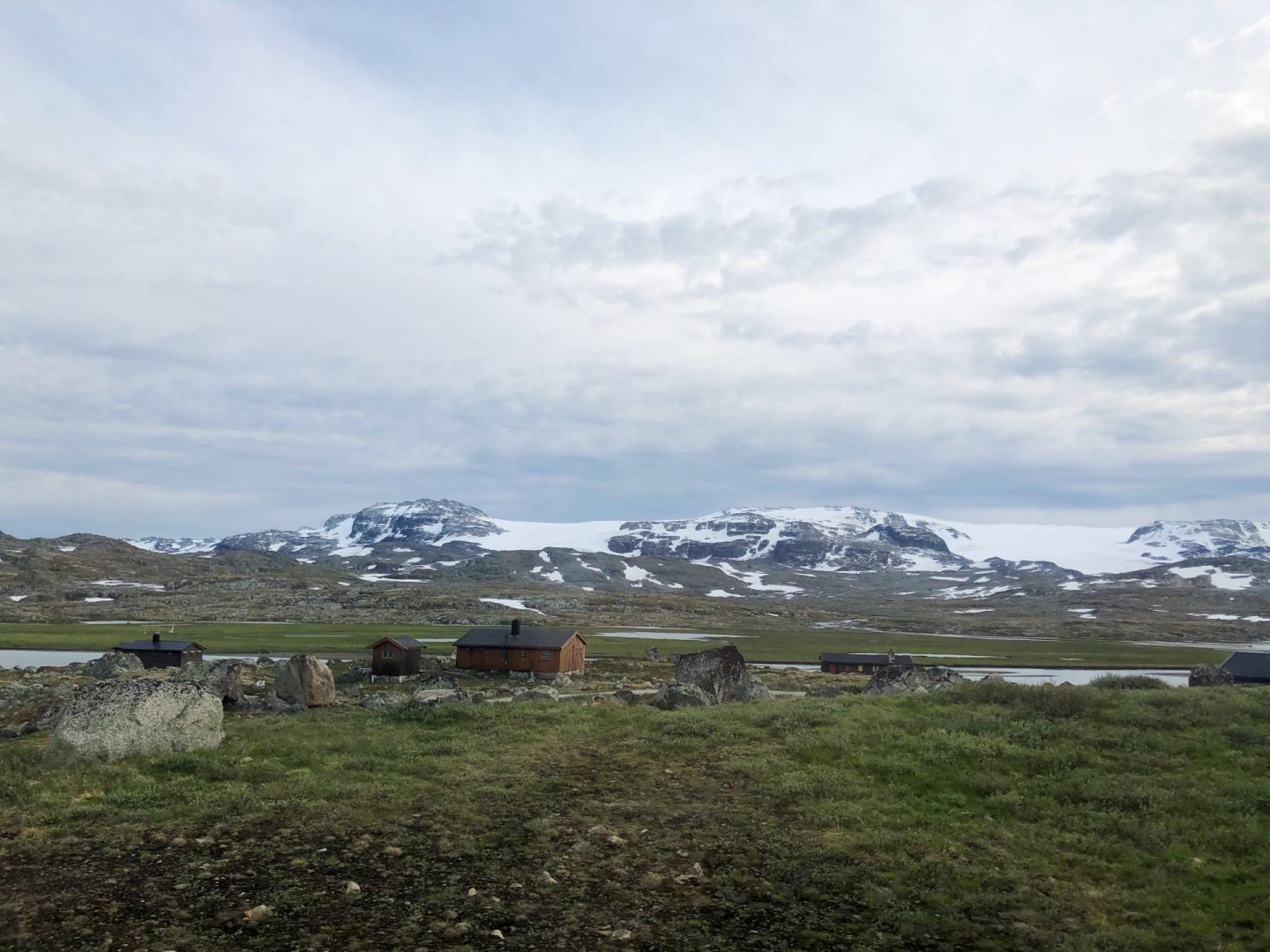 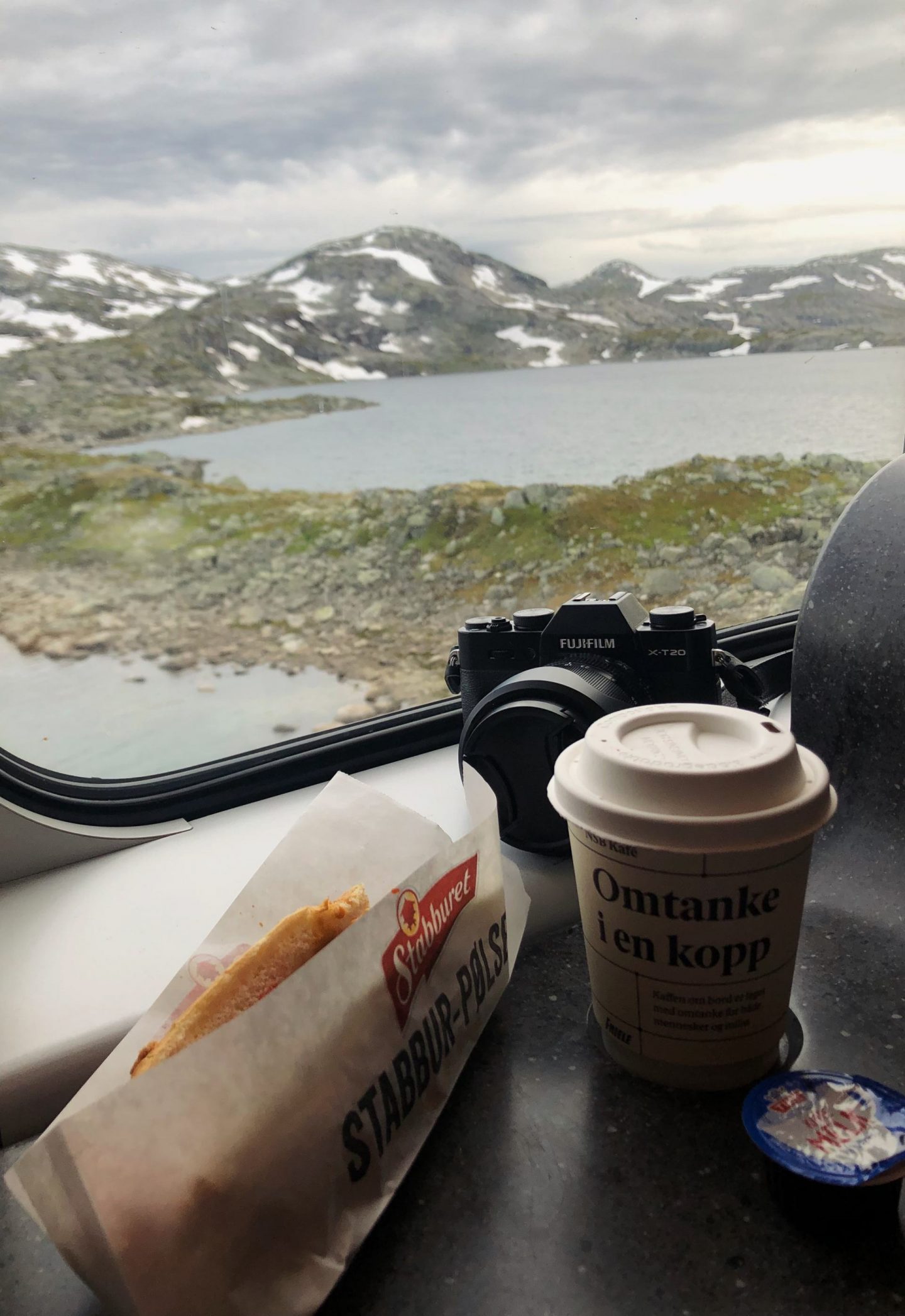 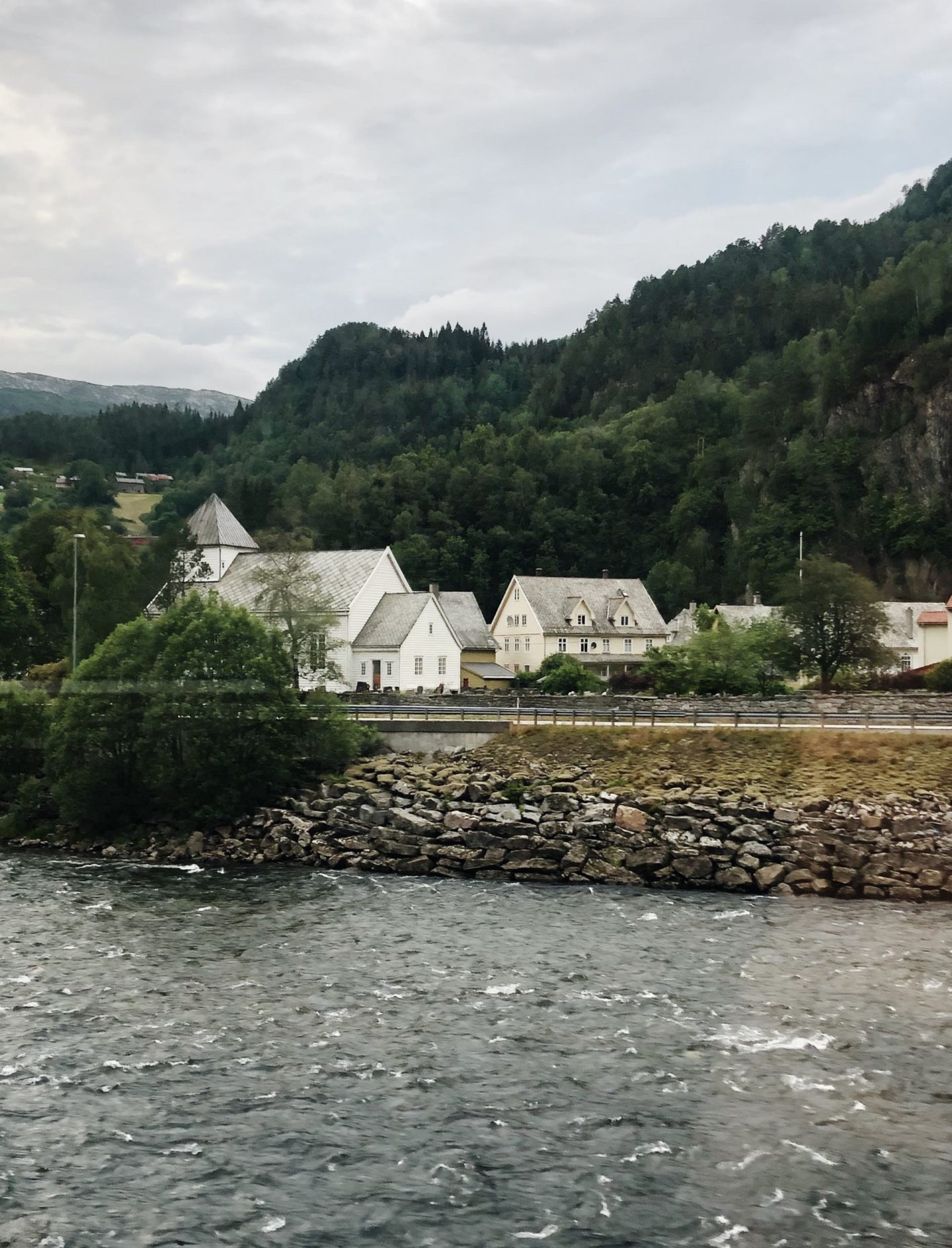 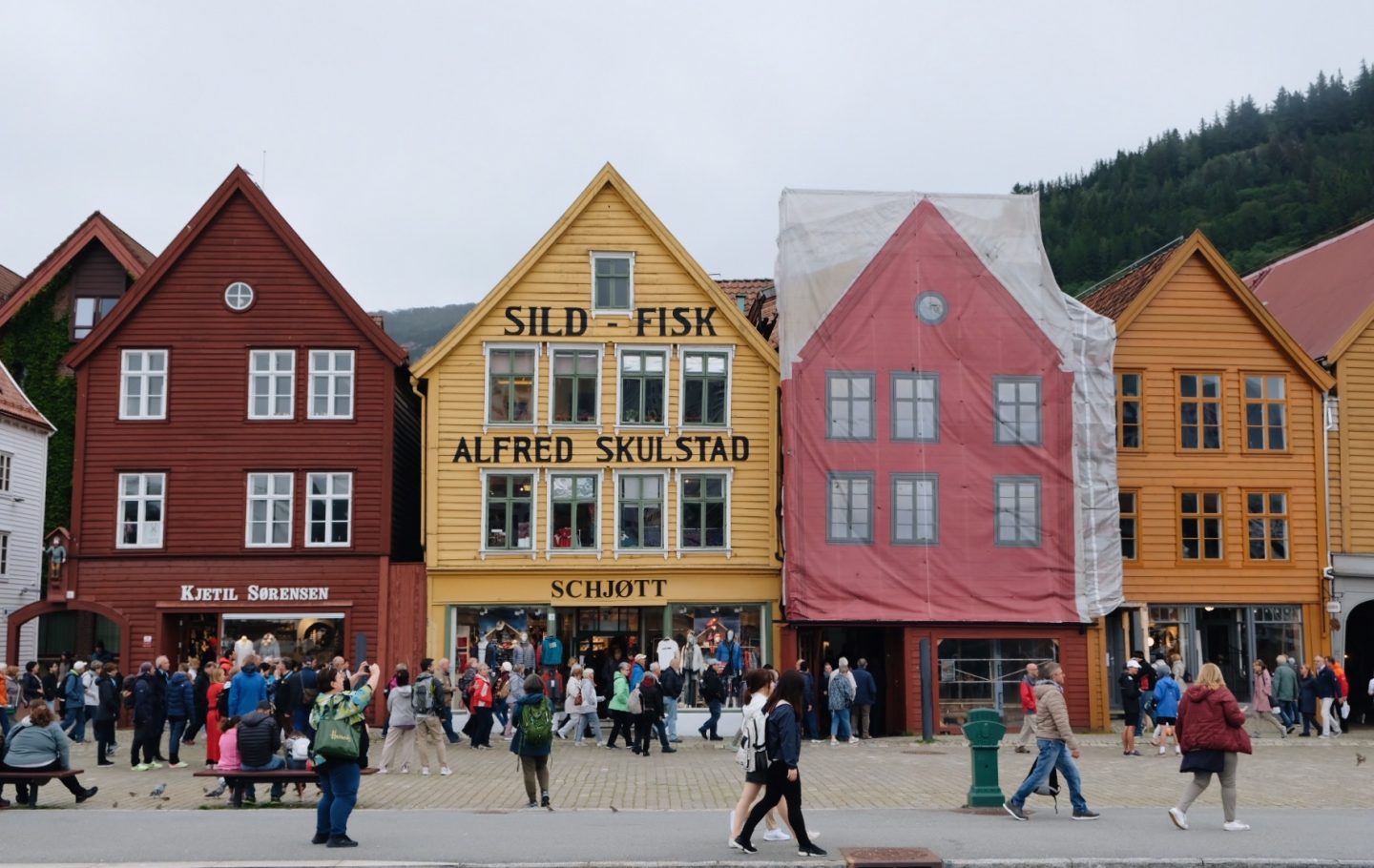 Bryggen is a colourful old Hanseatic wharf, established in the 14th century. It is now a UNESCO Heritage site that houses a museum, shops, galleries and restaurants at the heart of Bergen. The museum is a reconstructed area behind the main street where you can experience what it was like when Bergen was Europe’s largest wooden city from the 18th- 20th century. The wharf of Bryggen also inspired the design of Arendelle from Disney’s Frozen. 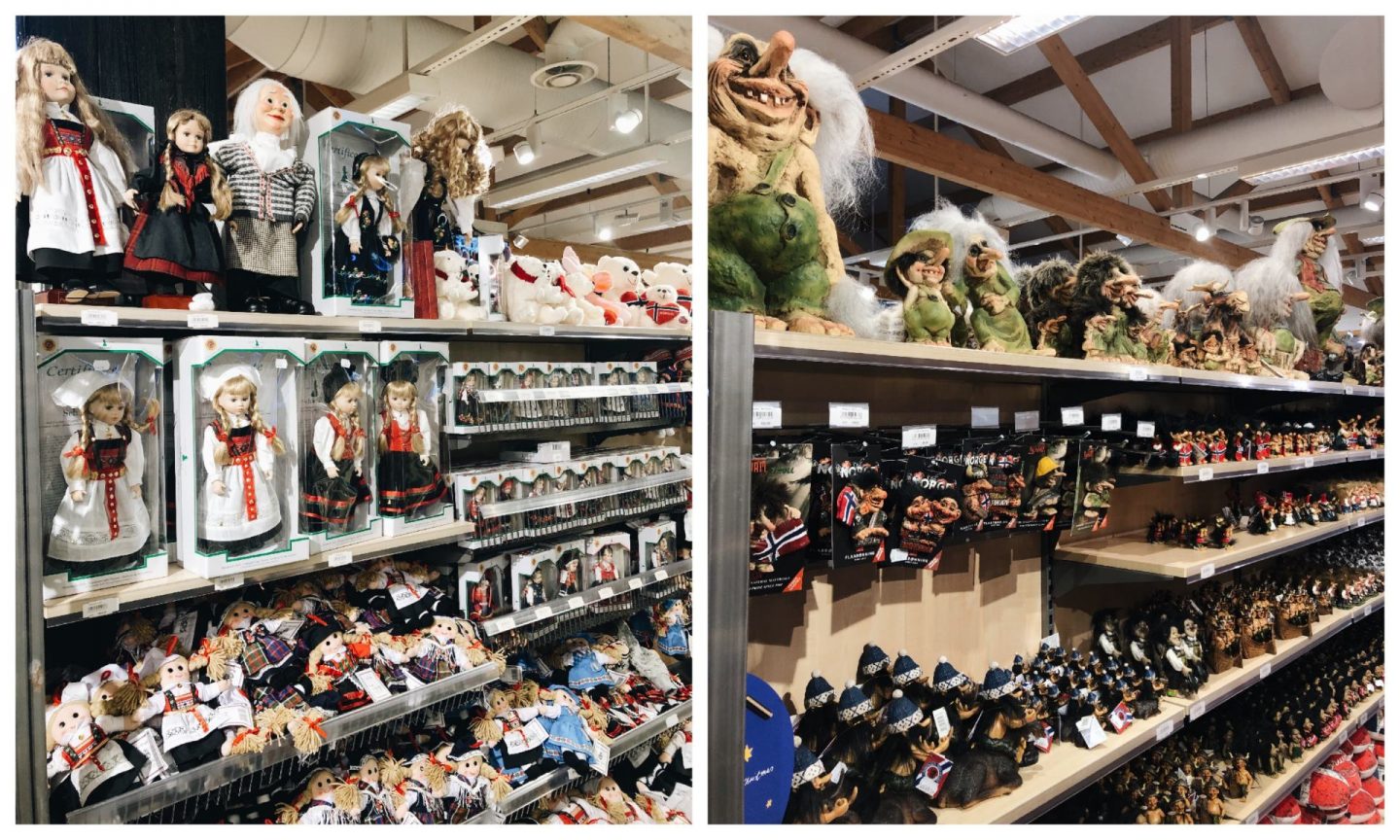 Trolls or dolls, take your pick. 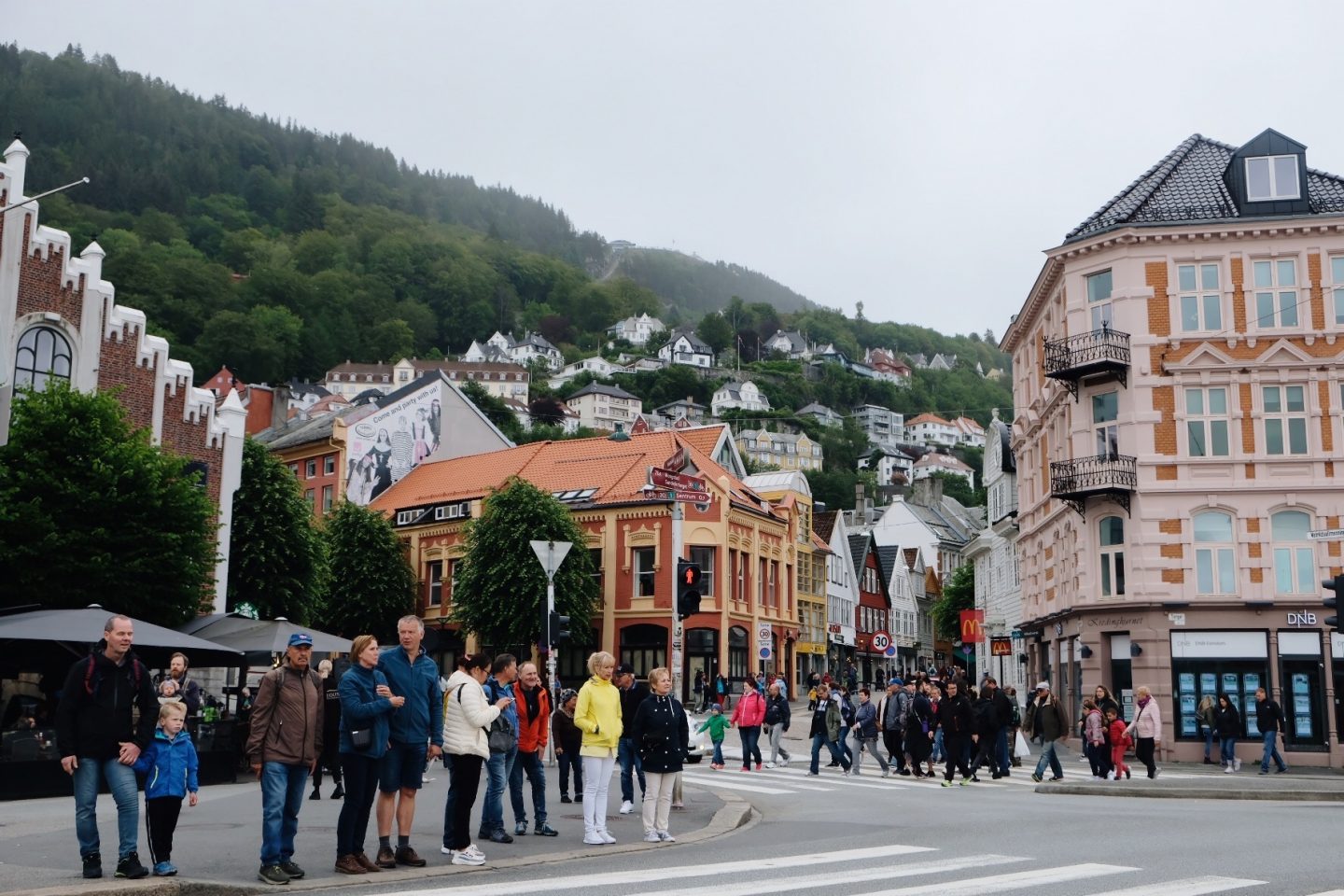 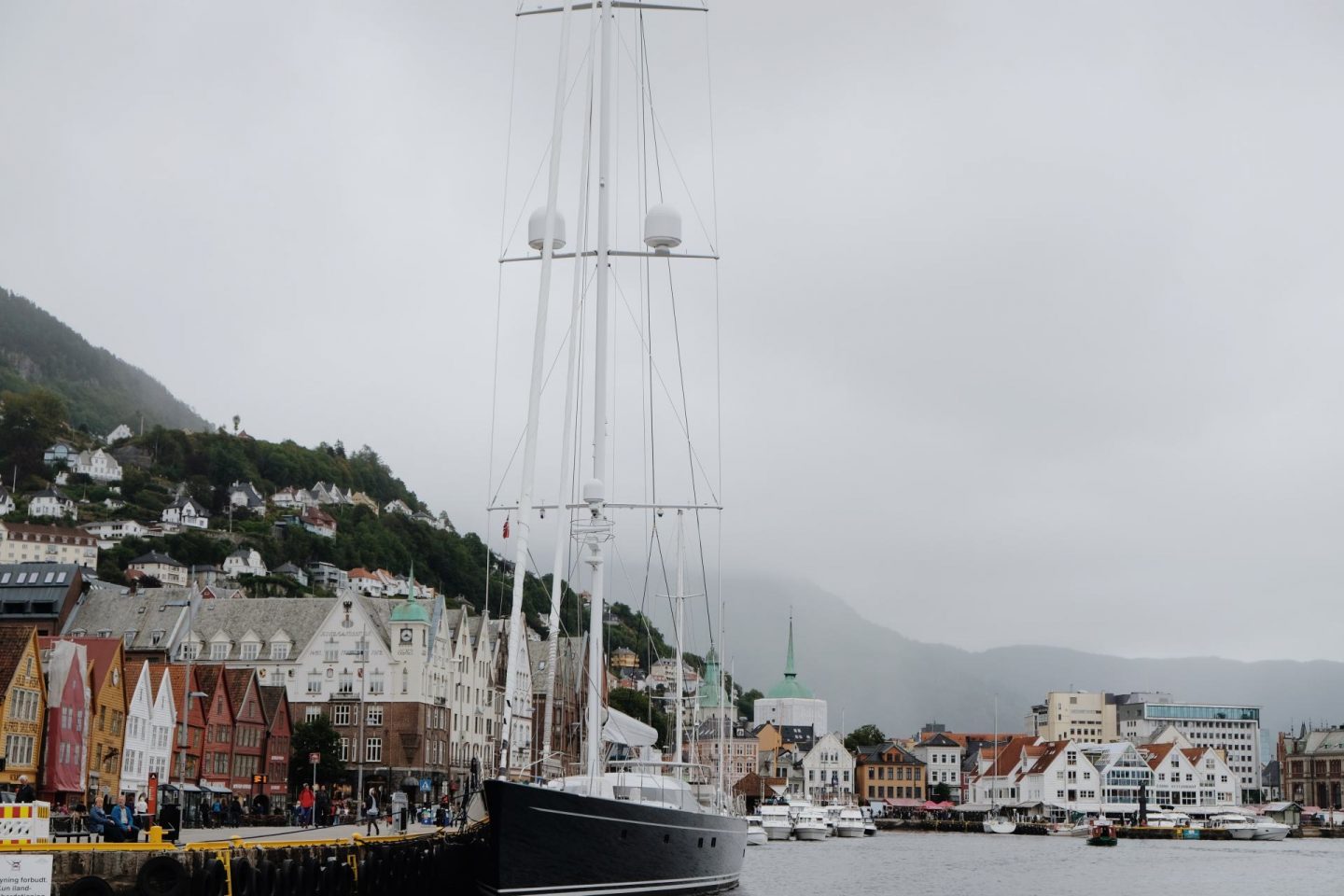 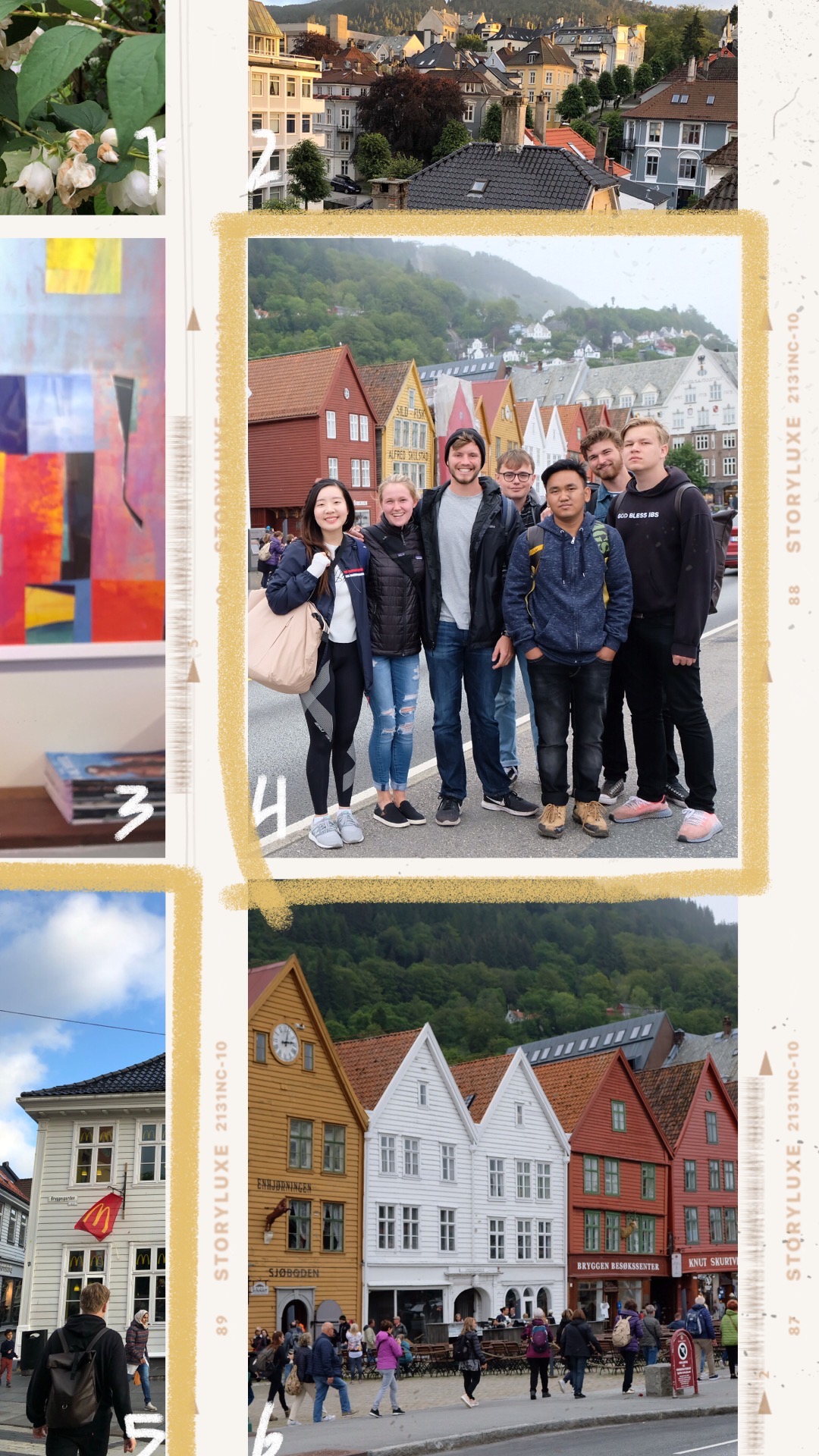 Met up with some BI fam for a day ~ 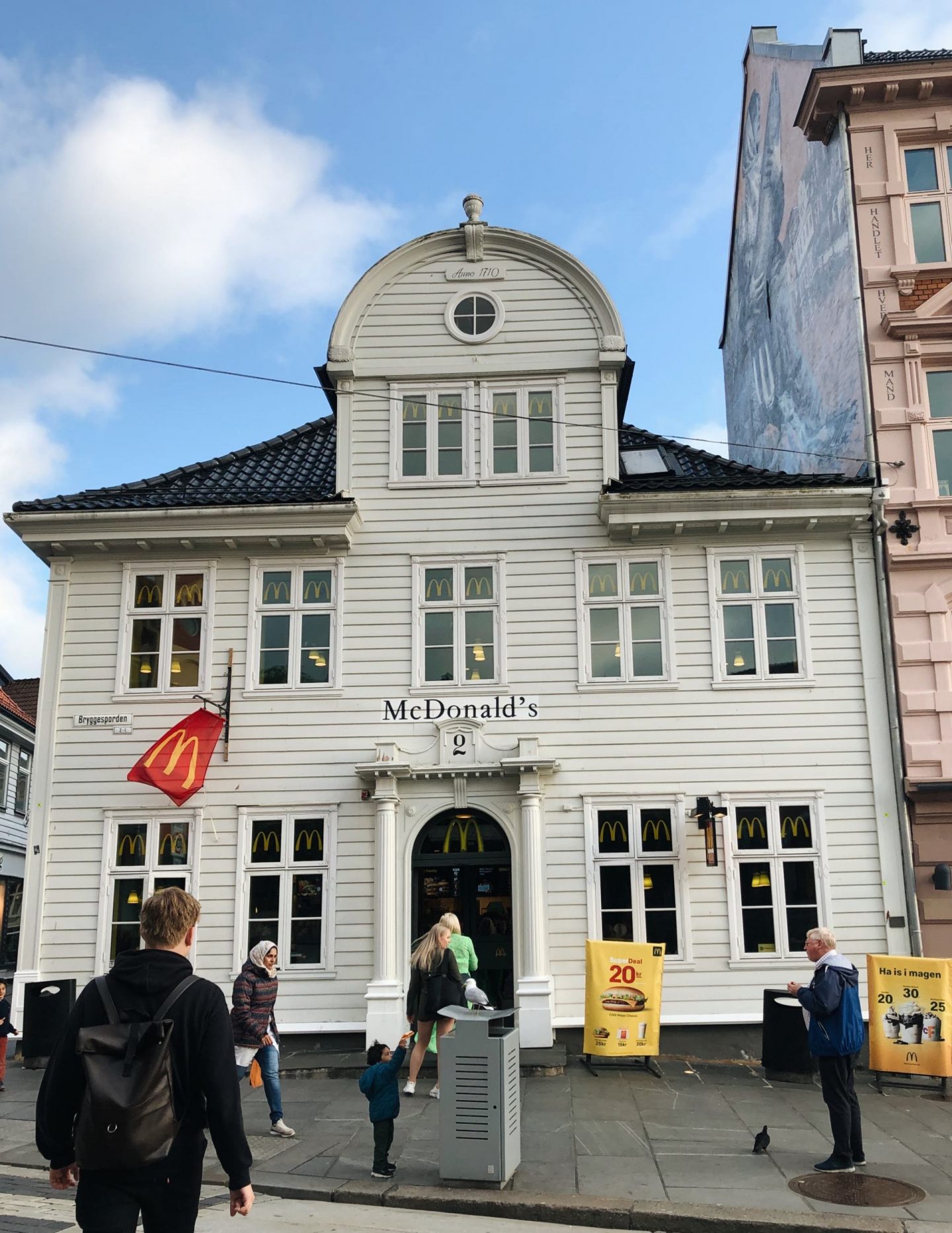 Just look at this McDonalds. 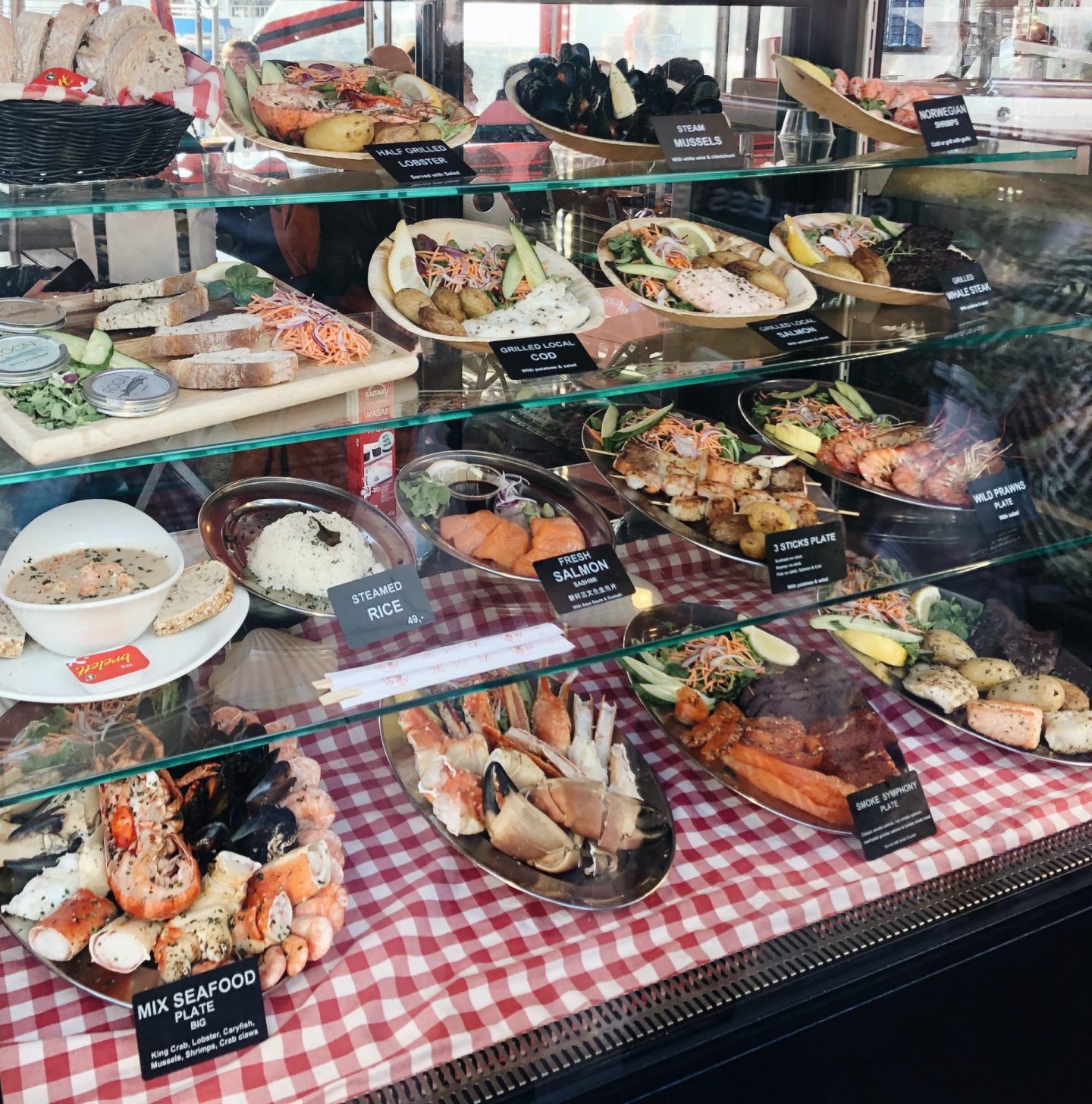 Not far from Bryggen is is the Bergen’s bustling fish market where you can smell, see and taste a huge variety of fresh seafood. Norway’s extensive coastline and busy ports have been a part of the country’s traditional seafood industry for centuries. You can find anything from salmon to prawns to elk, reindeer and WHALE MEAT. If you do plan on having a little seafood degustation, be prepared to ‘fish out’ extra moola because a lot of meals aren’t exactly affordable. Most meals sit around 270-500 kr but plates with larger selection (e.g. below) cost around $100 AUD. 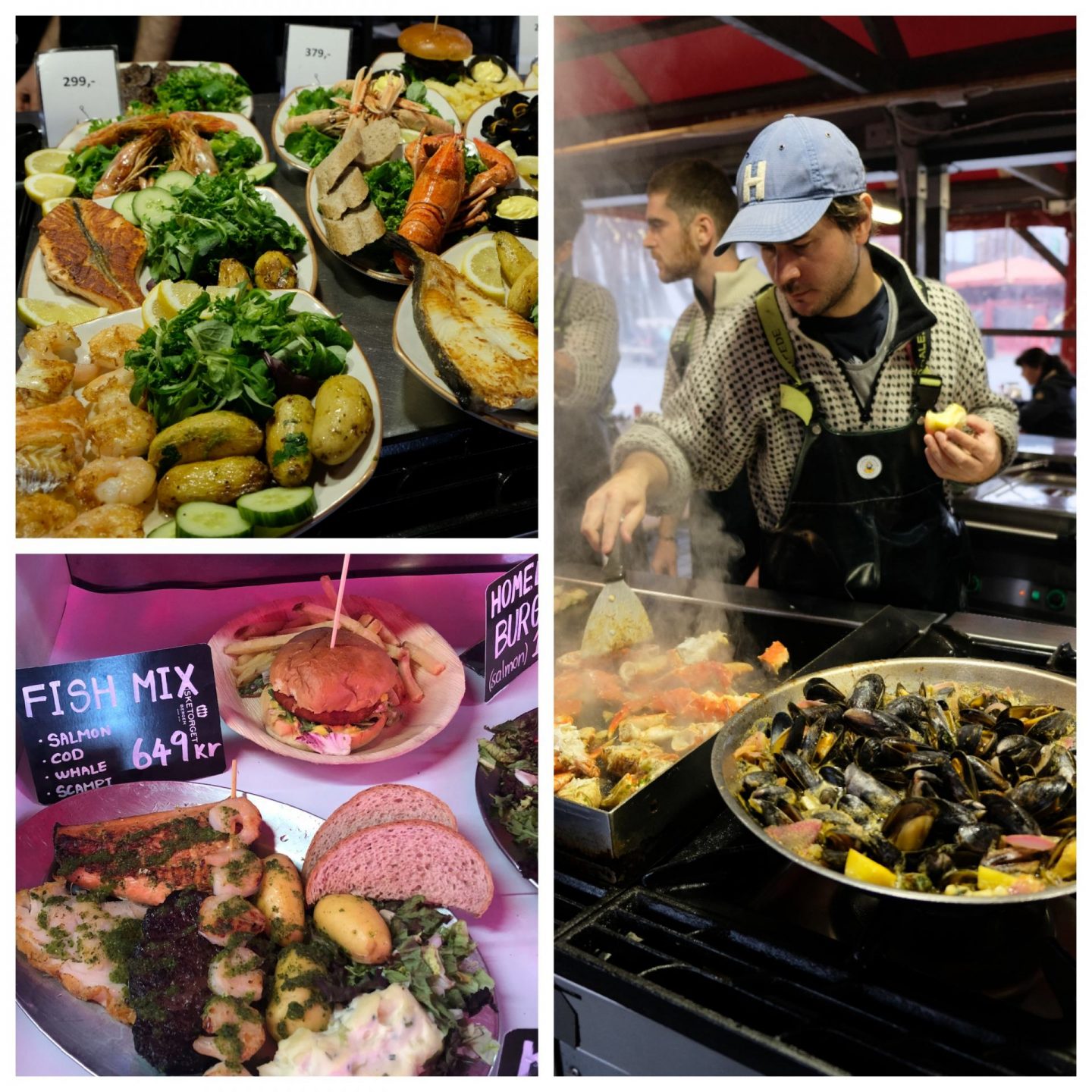 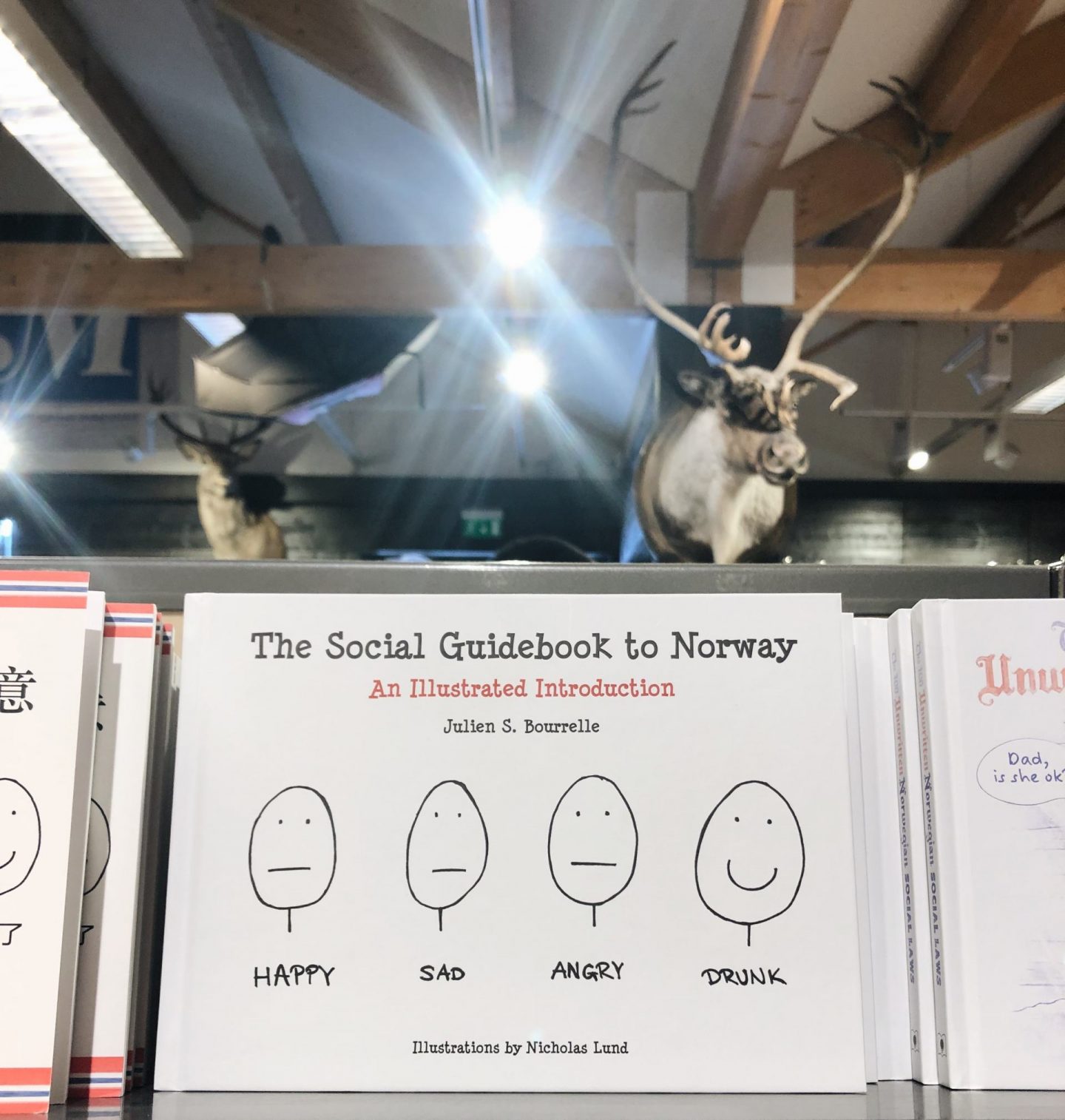 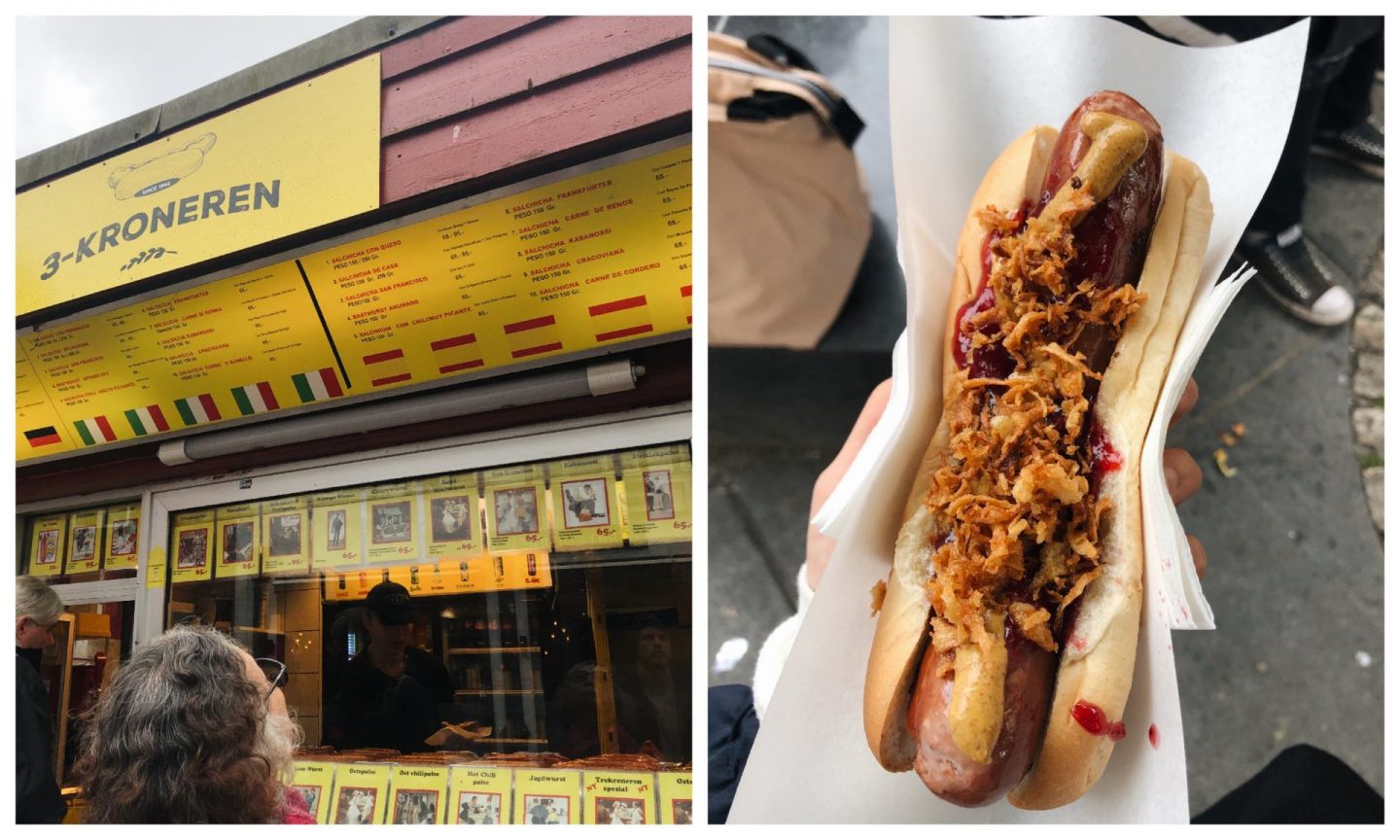 Pølse is an easy and cheap fast food option that you can find everywhere in Norway, especially in convenience stores. We came across a popular hotdog stand selling different varieties of reindeer sausages topped with ketchup, mustard and fried onion. 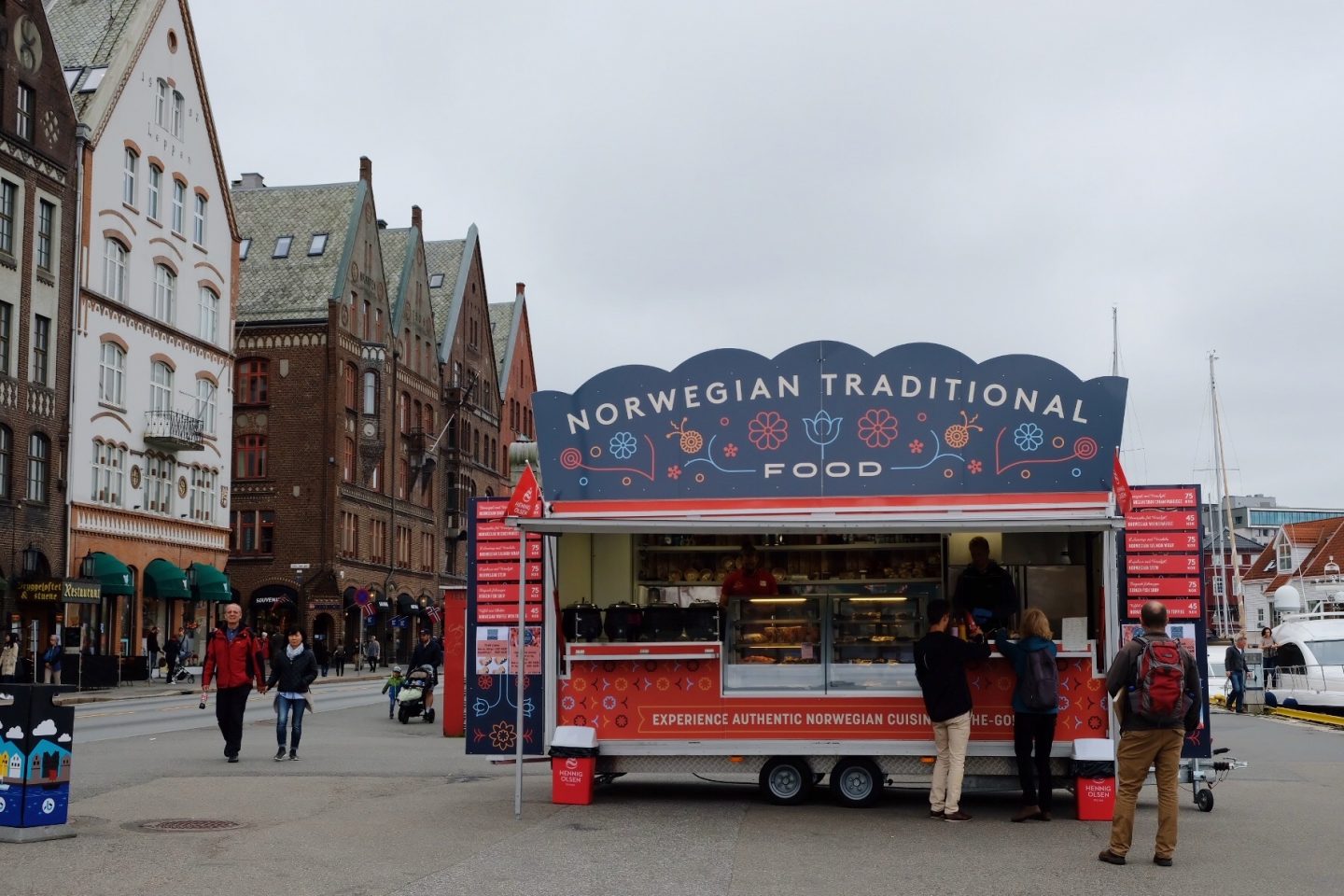 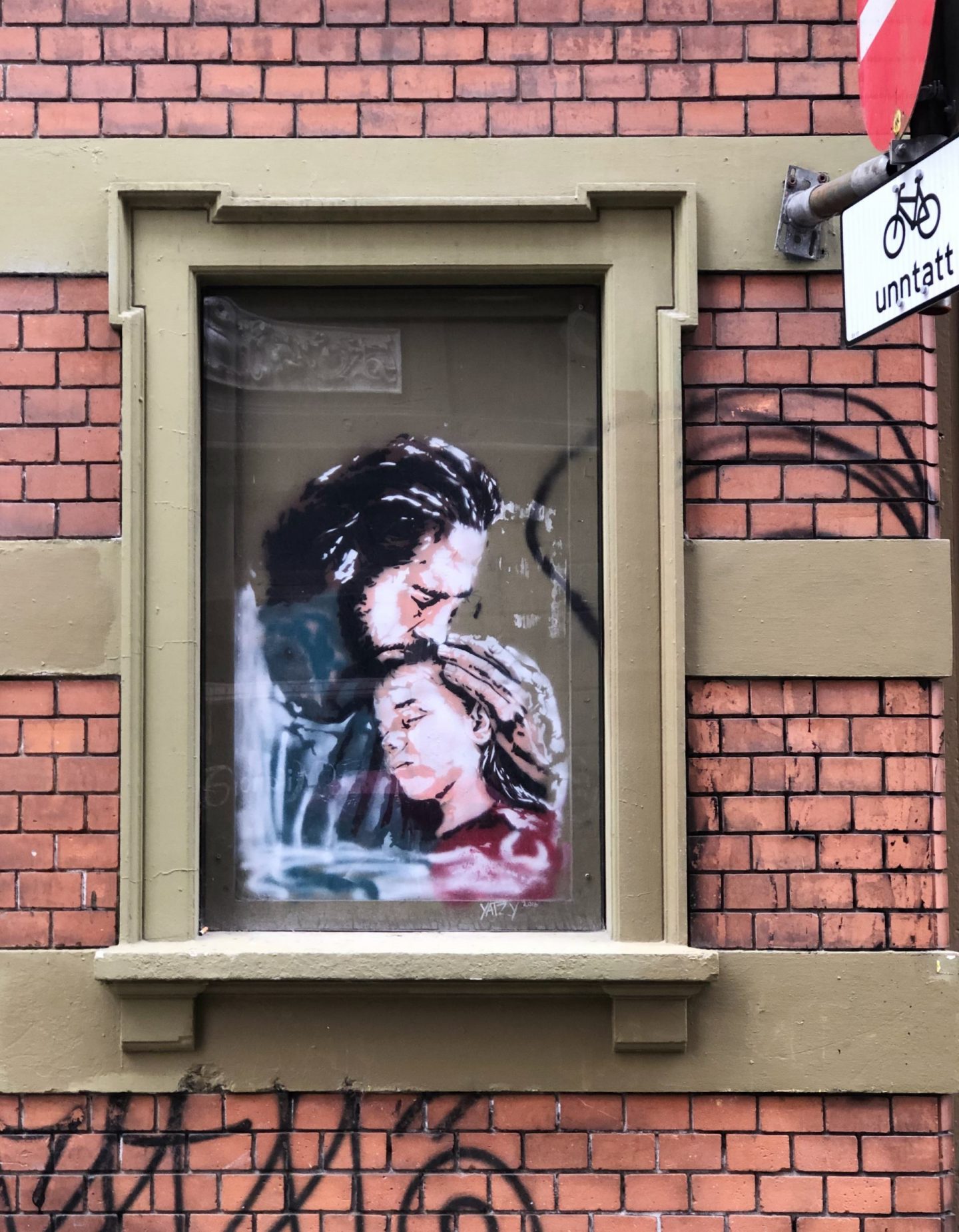 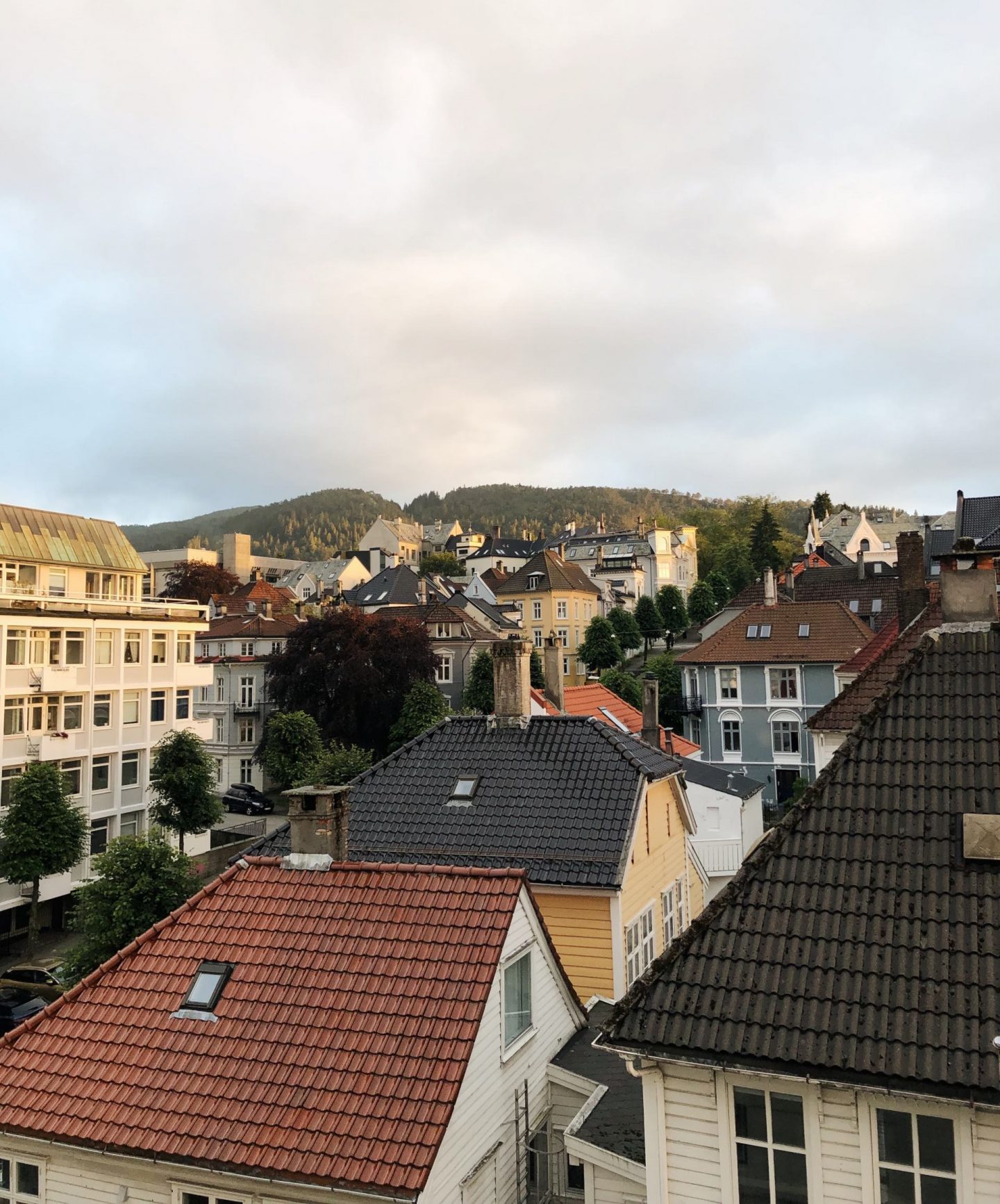 The rooftop view from my accomodation @Citybox Bergen near Bergen station. 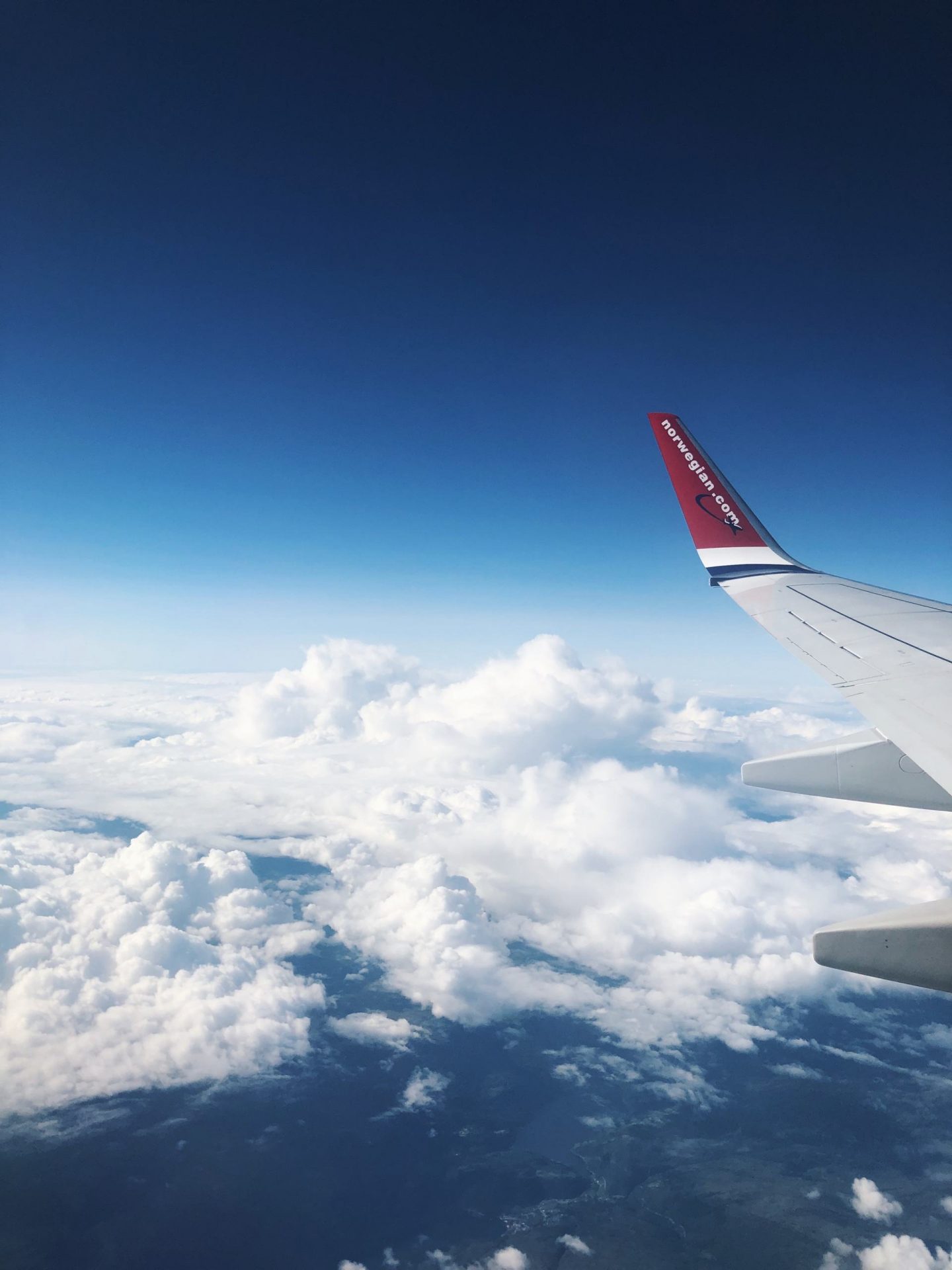 In the air en route back to Oslo~