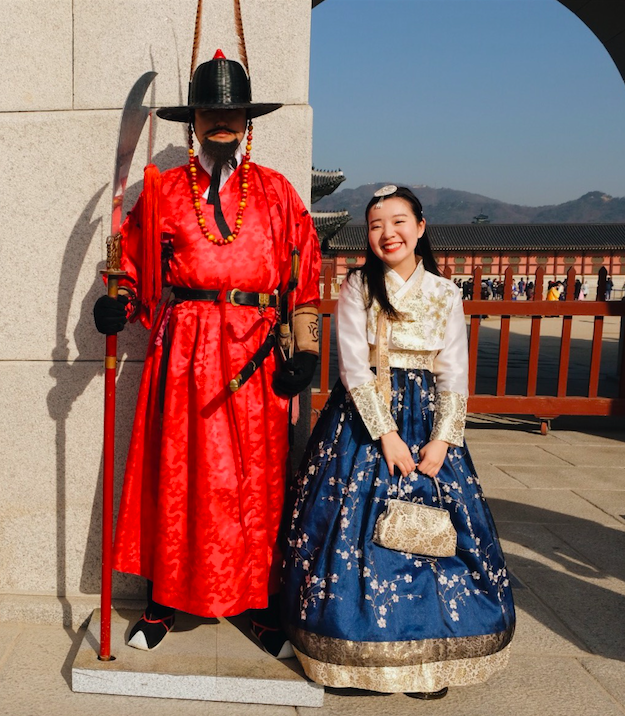 I hope you guys had an amazing Christmas and New Year’s break. In the spirit of fresh starts and new year resolutions, you may have noticed that I’ve given the blog a little makeover.

I’ve merged two seperate blogs into one and decided to stick to wengiful. It’s whimsical and fluttery, exactly what I envision this space to be. While I was tweaking the fine details of the new site, I read through some of my earlier posts and was reminded of the reason why I started blogging in the first place. I cringed at some things but was also inspired by 16 year old me to take this creativity to a new level. Now that wengiful is up and live, I’m excited to finally publish a backlog of posts (expect a lot of travel diaries.) 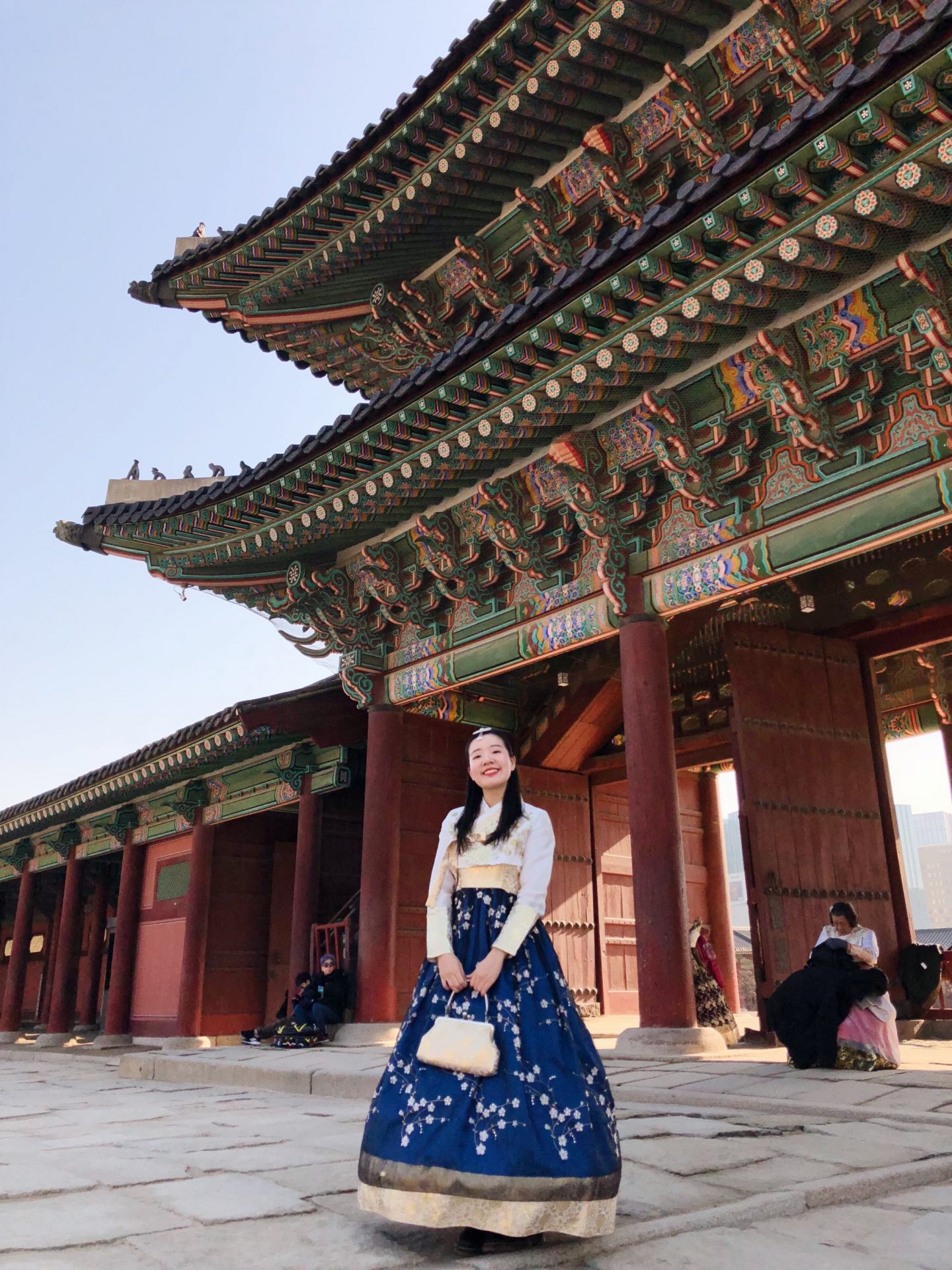 I want to start the year with one of my favourite experiences in Korea – Gyeongbukgung  Palace!

Gyeongbukgung palace is a famous historical site built in 1395 during the Joseon Dynasty. It’s the largest of the Five Grand Palaces in Seoul and the name Gyeongbuk means “greatly blessed by heaven.” The palace grounds are massive and we covered about two thirds to see the major halls and pavillions.

We stopped by Seochonnadri Hanbok Rental to pick out our hanboks and accessories. It’s 15,000 won per person including hair braids, hair accessories, a matching handbag and locker service. That in itself was super fun and there’s a plethora of styles and colours to choose from. I was surprised how easy it was to change into and since it was winter, I was able to wear my jeans under the skirt (chima). 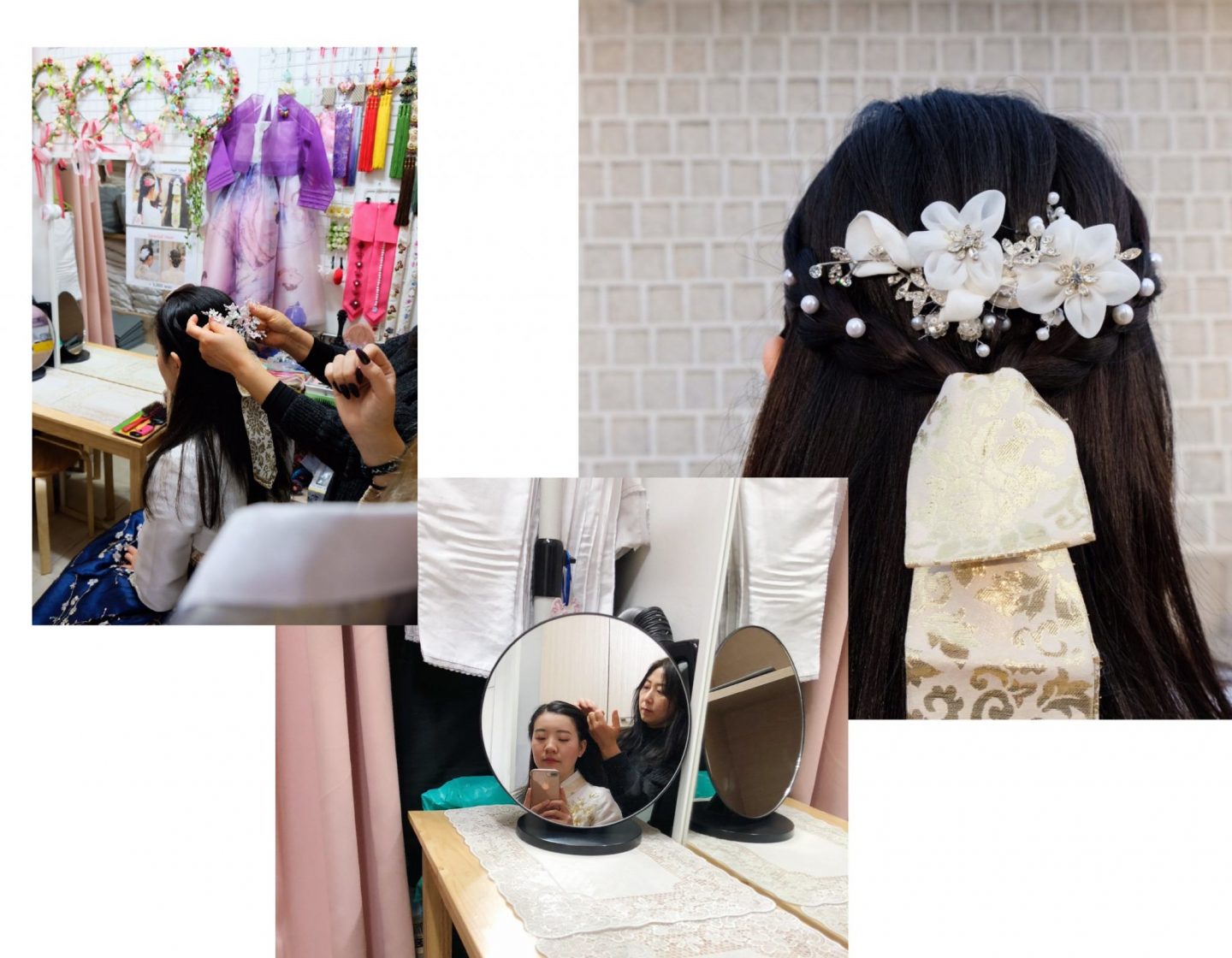 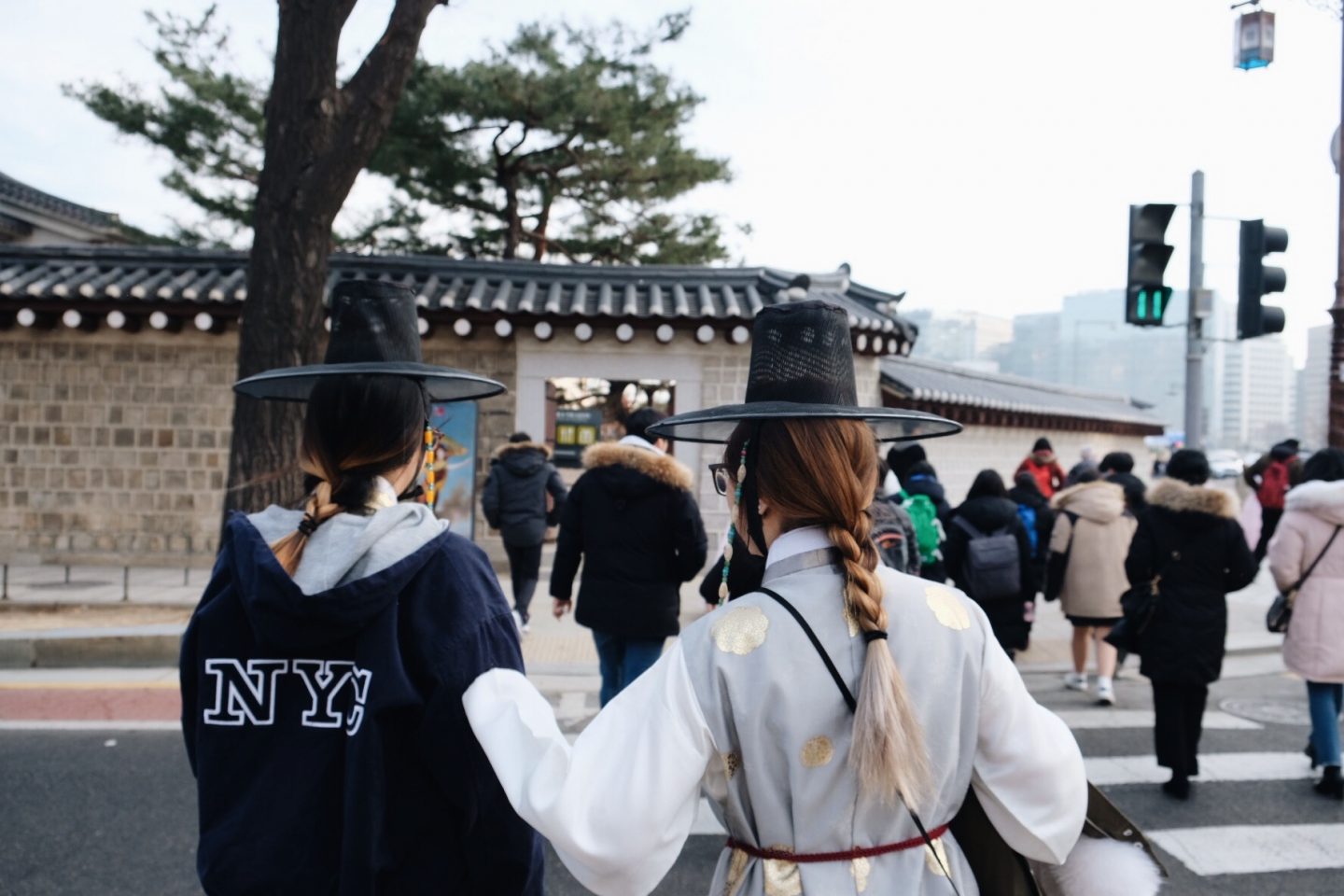 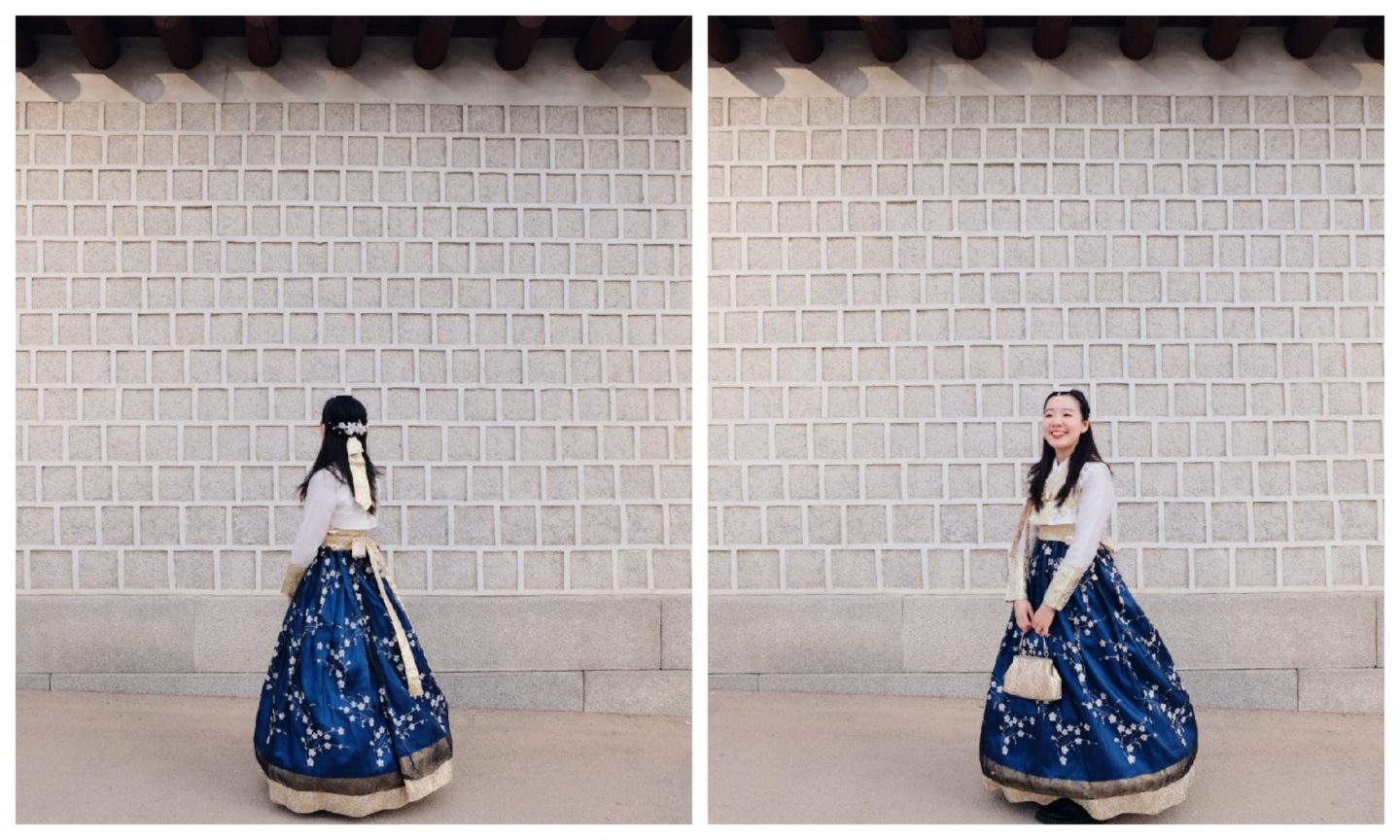 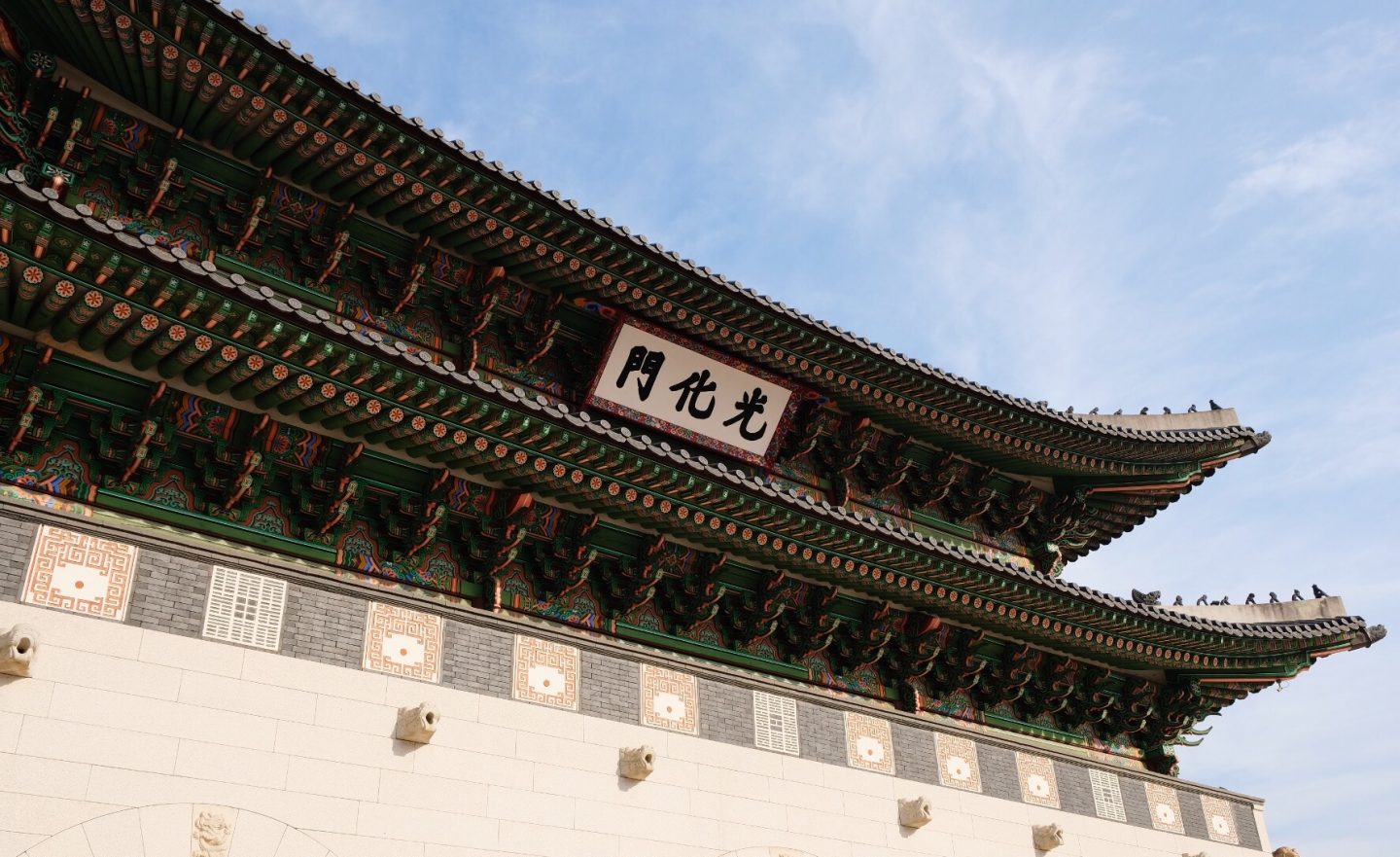 Gwanghwamun Gate, the main gate guarding the palace. You’ll find lines of tourists queueing up to take photos with the palace guards. 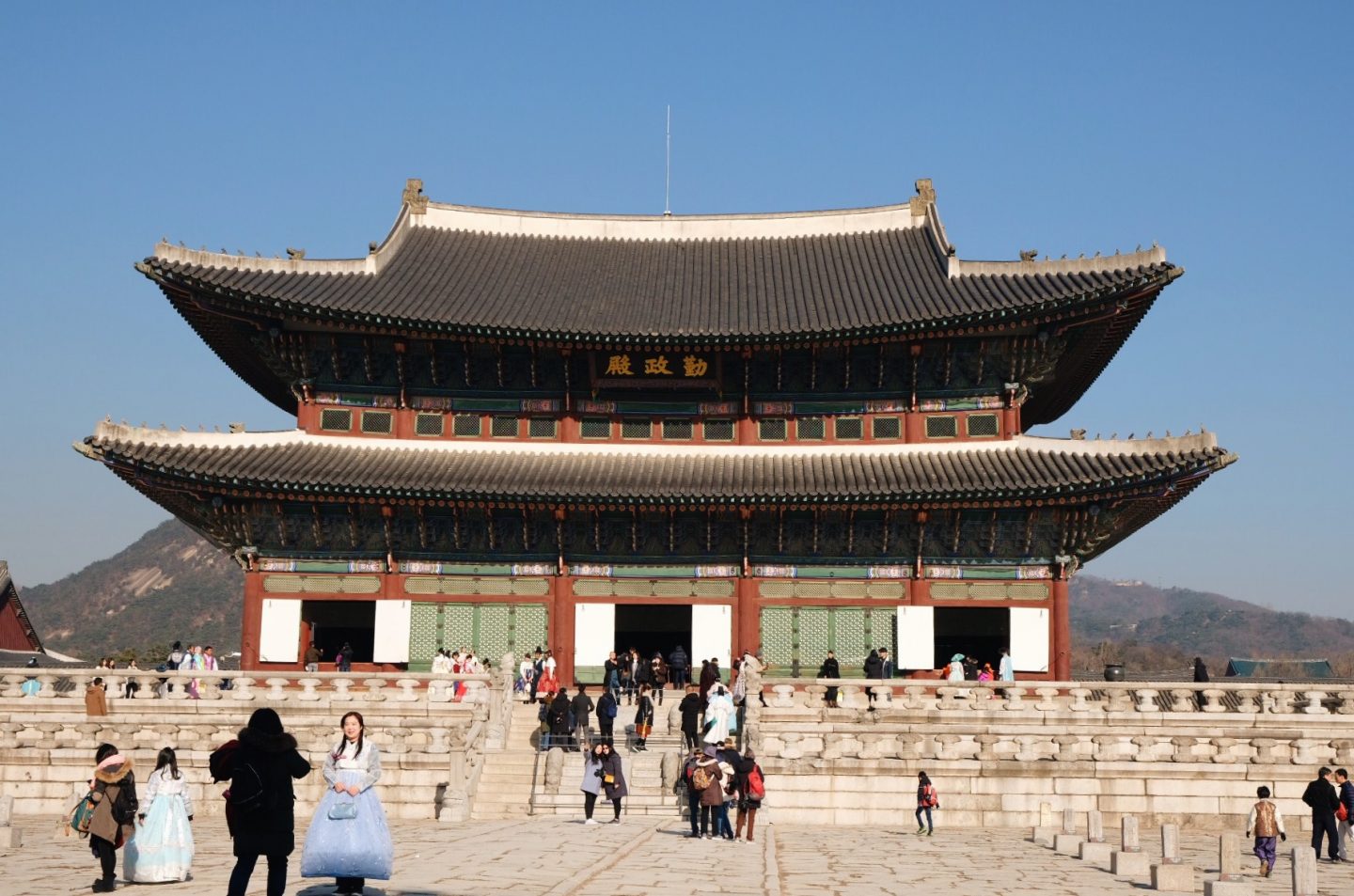 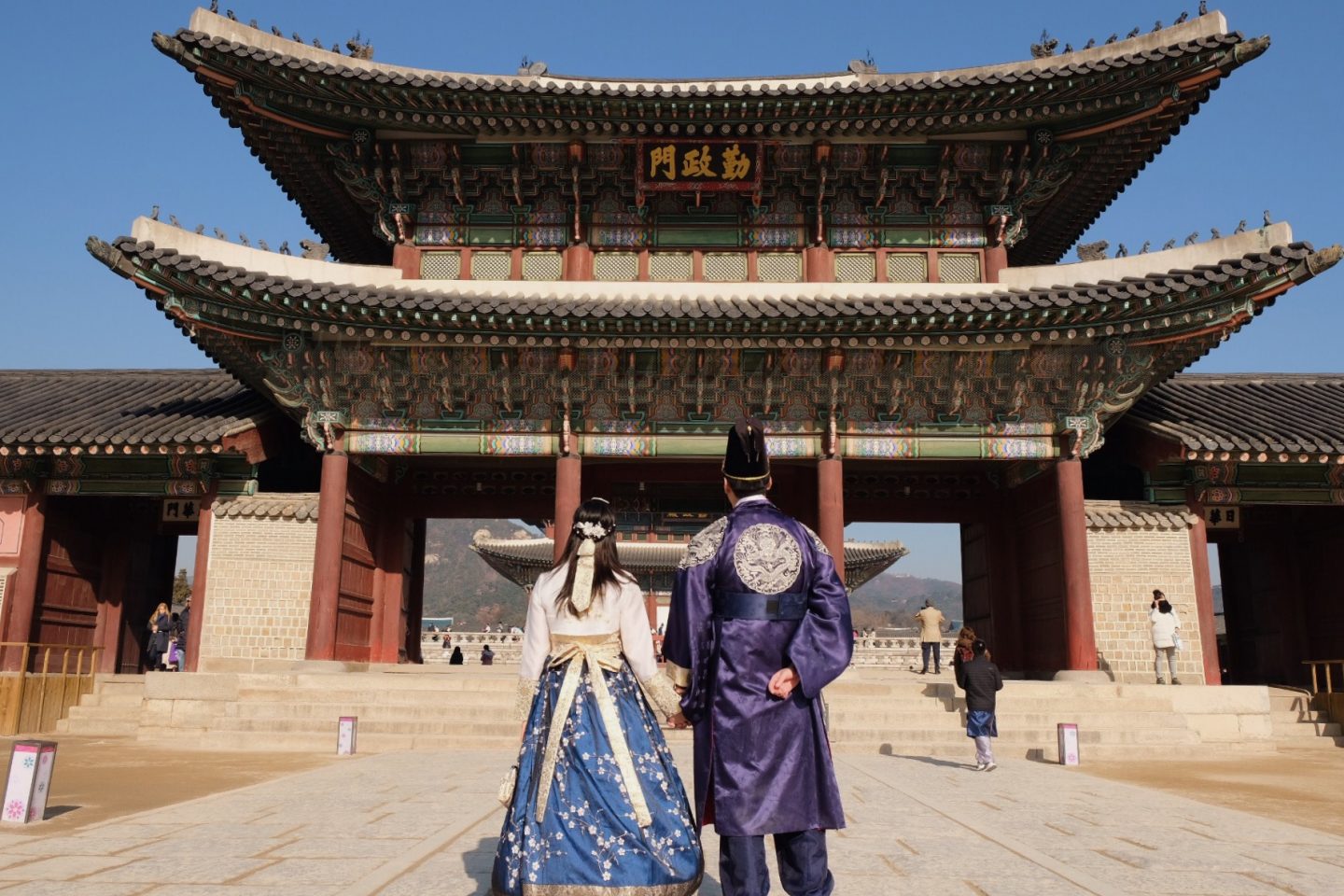 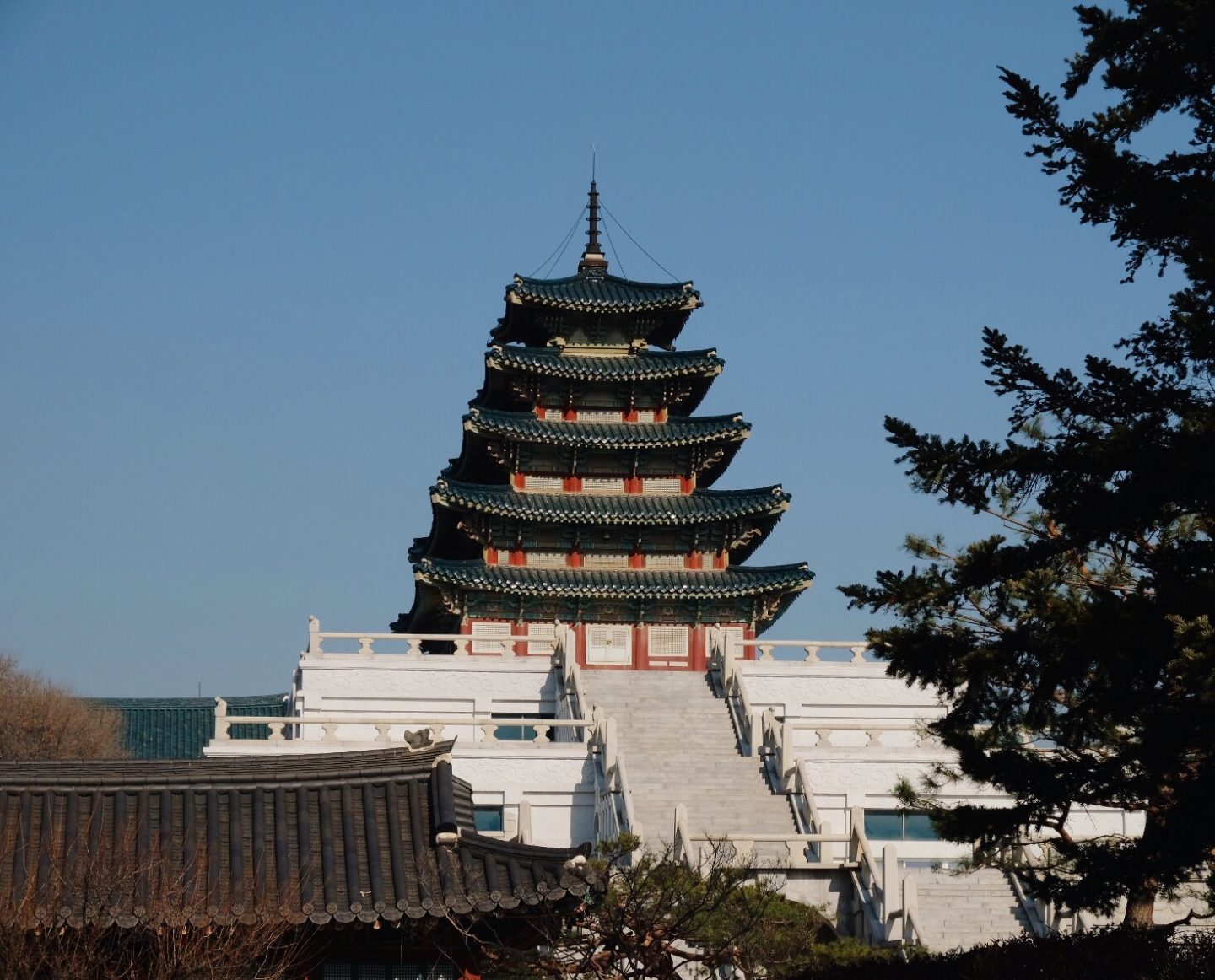 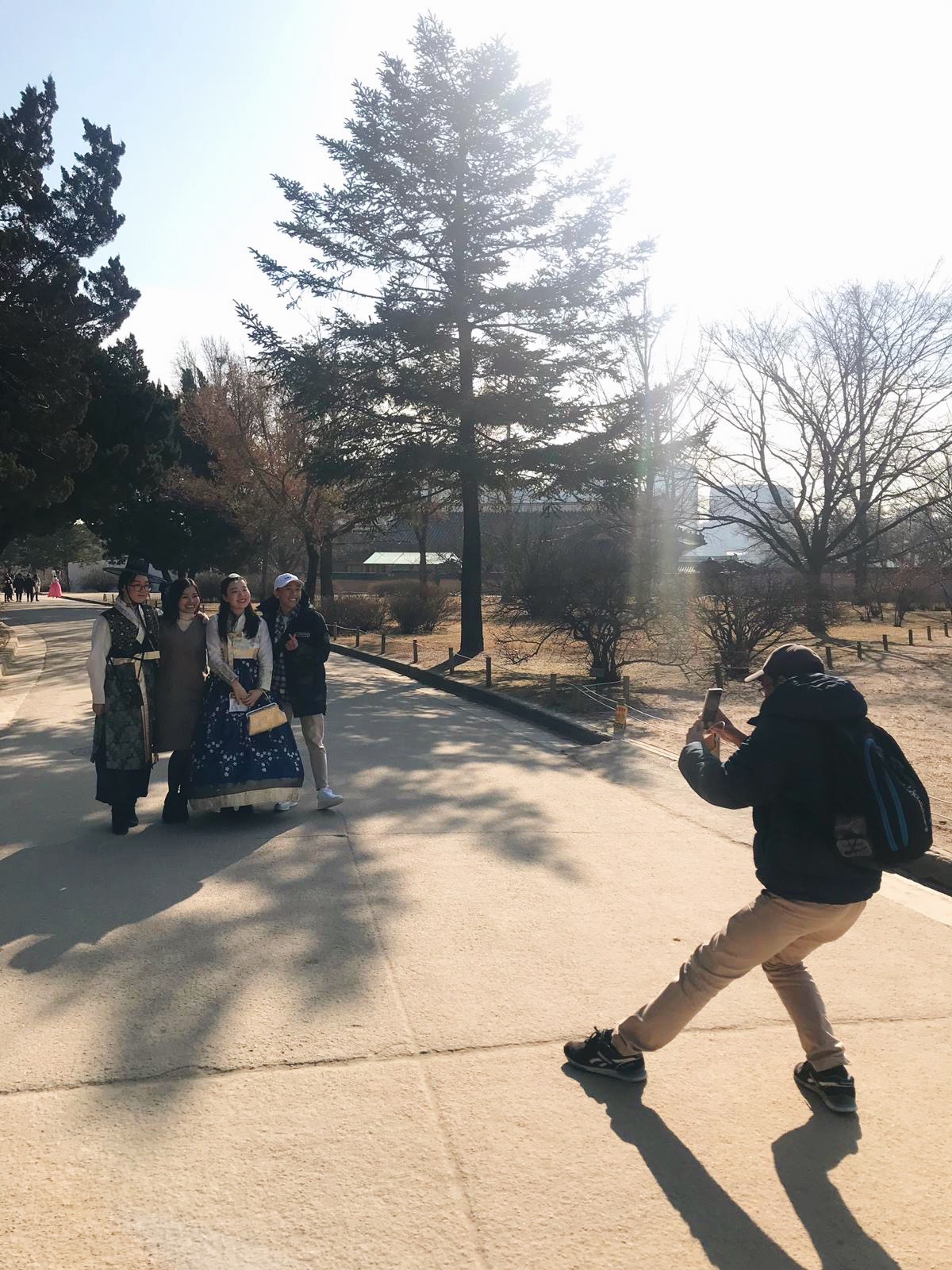 Cameraman werkin’ it for da best angles :’) A lot of other tourists were also wearing the hanboks but we had quite a few asking to take photos with/of us #papparazipls. It was awesome, and we always said yes….although cherry on top goes to a korean guy who followed us around (twice) to film us wandering the palace grounds. 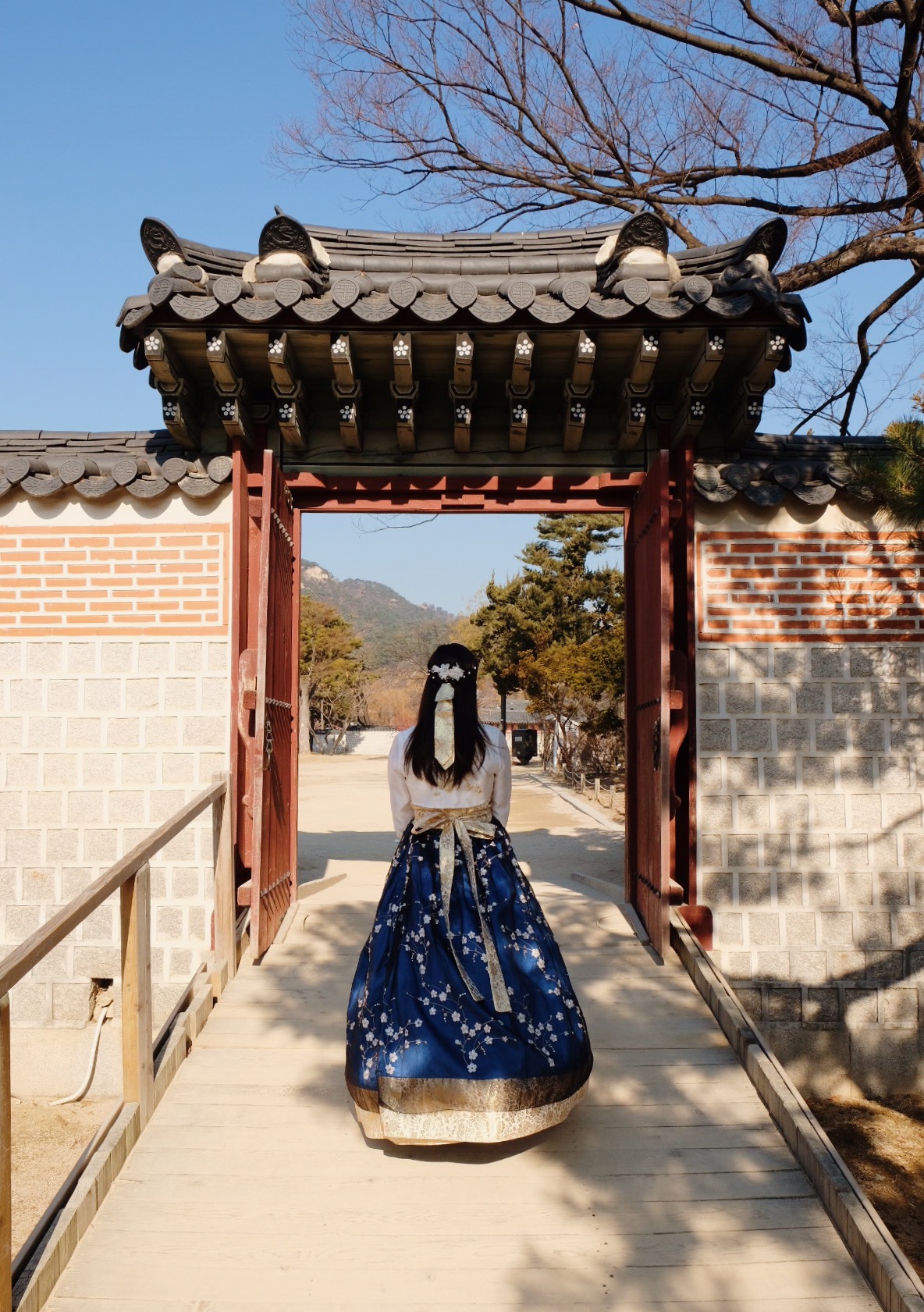 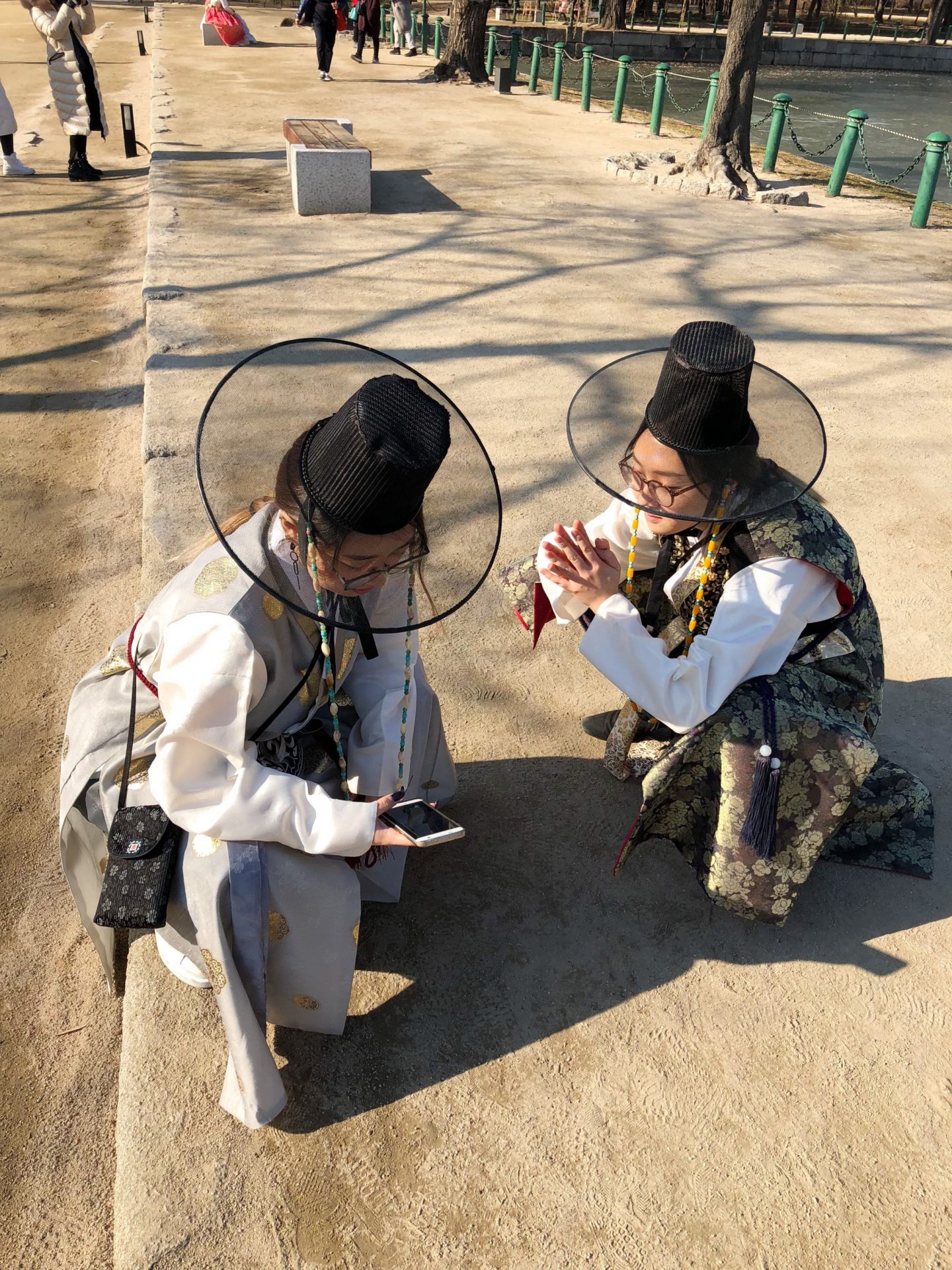 One of the coolest duos I’ve ever seen :’) 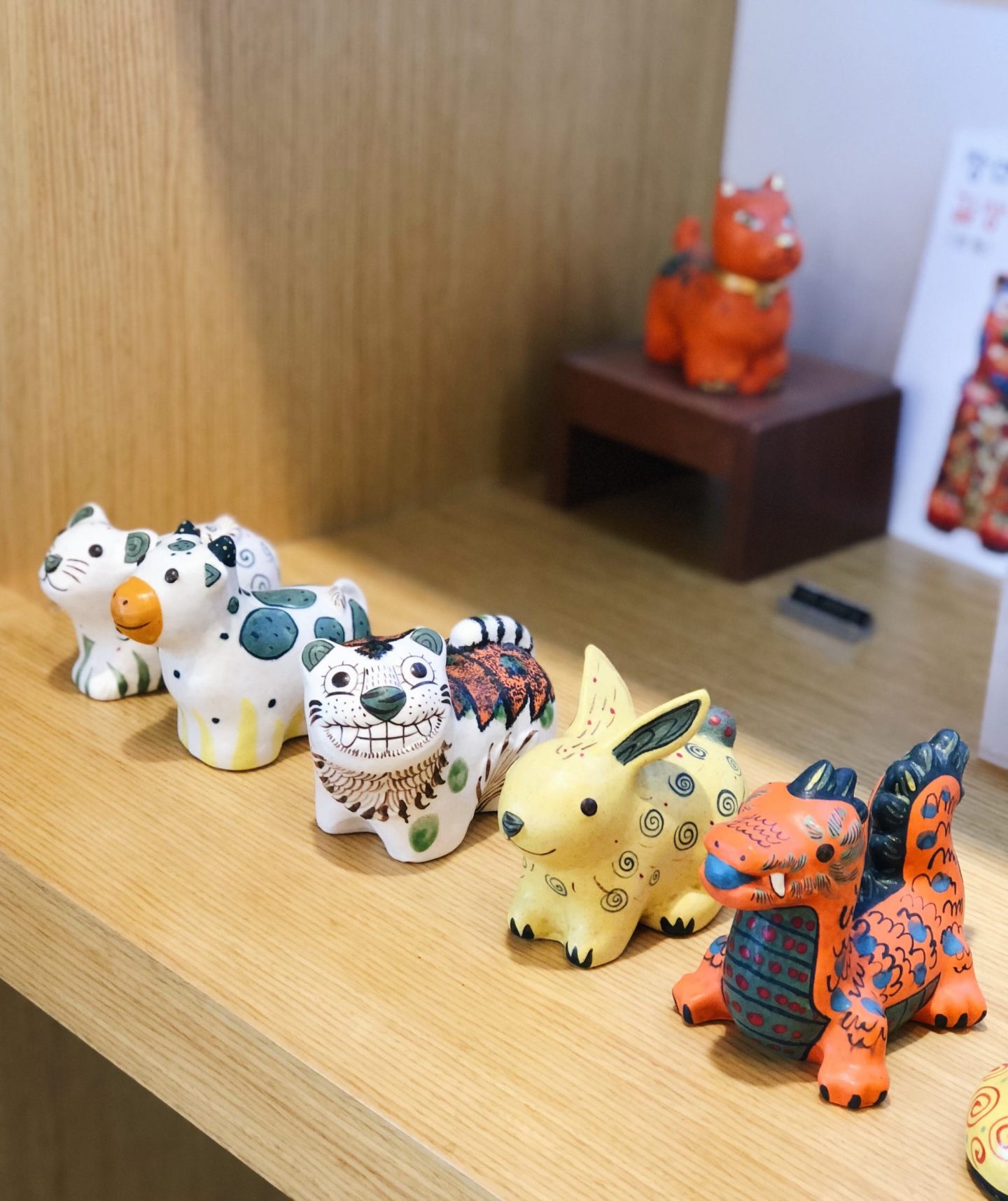 Found these in a cute giftshop 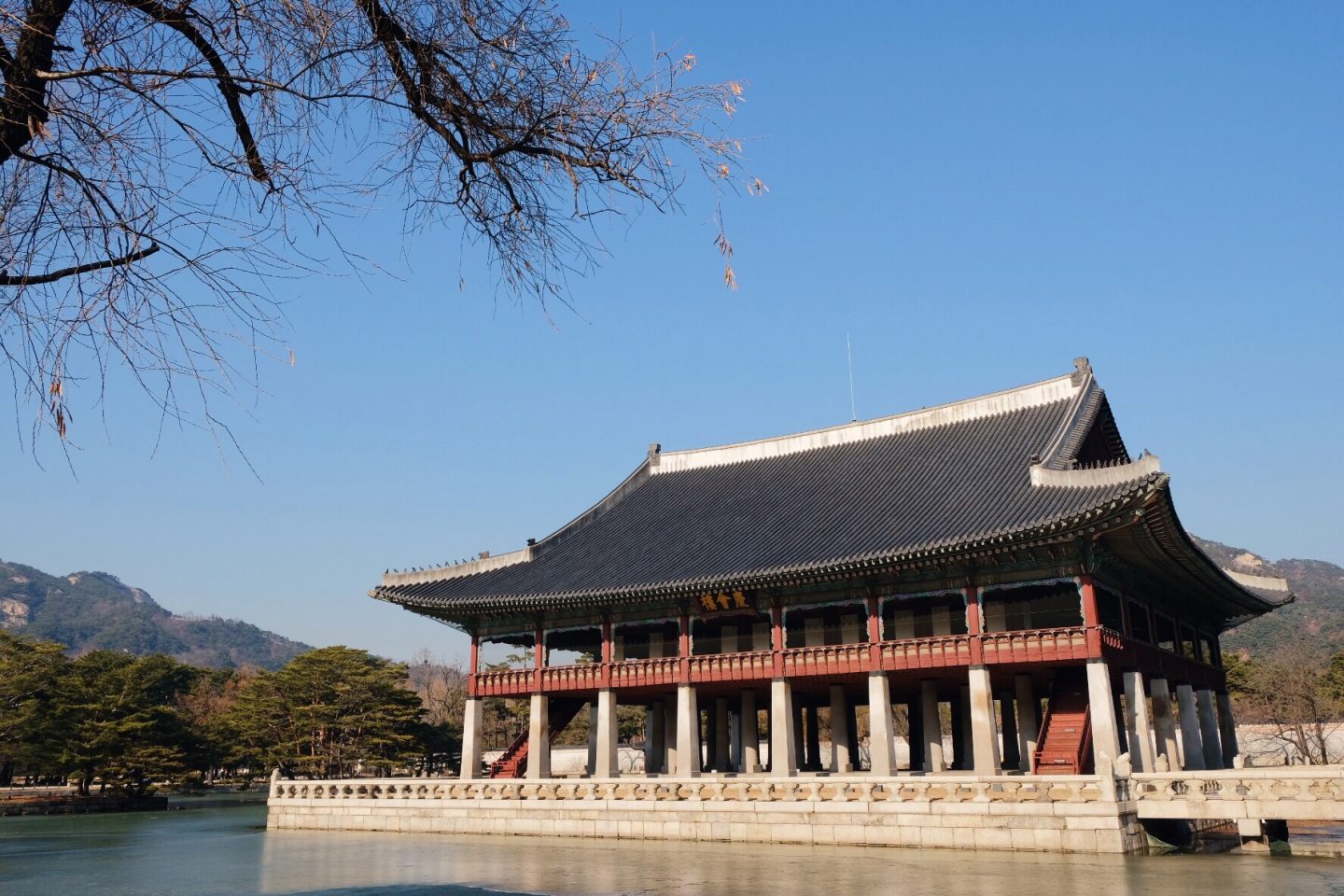 Gyeonghoeru Pavilion. The water was frozen and everything was so still and peaceful. Definitely my favourite place at Gyeongbokgung Palace. 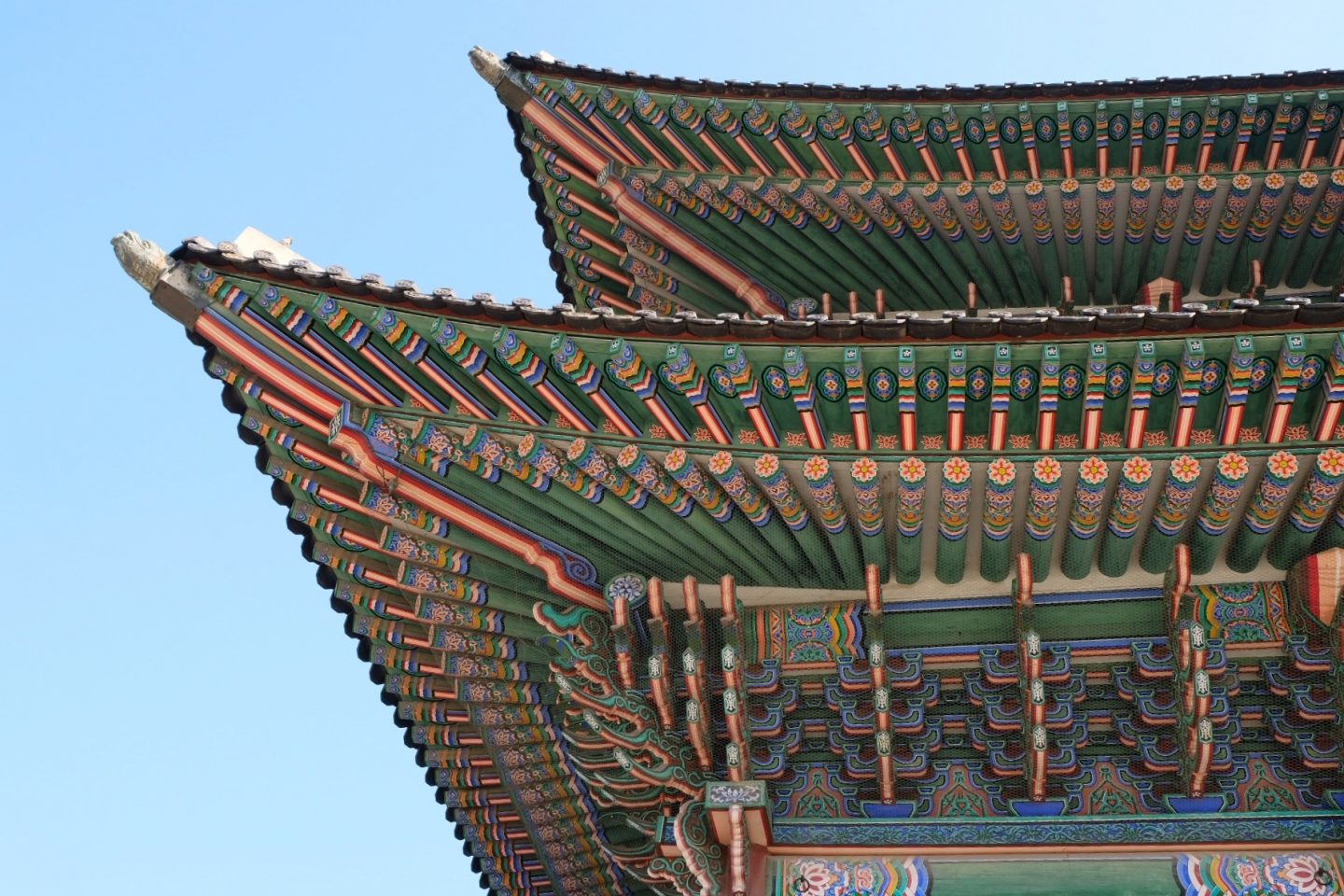 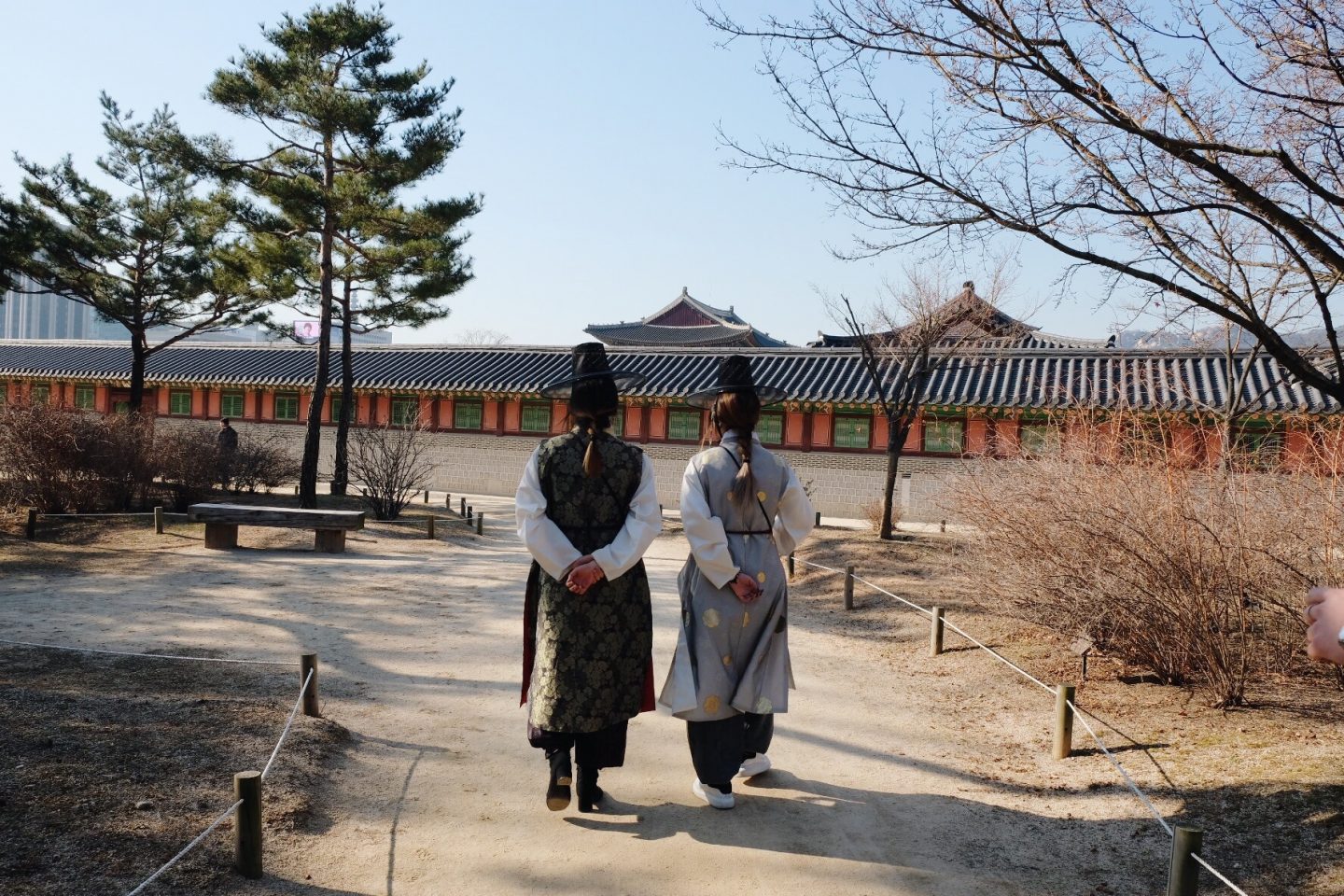 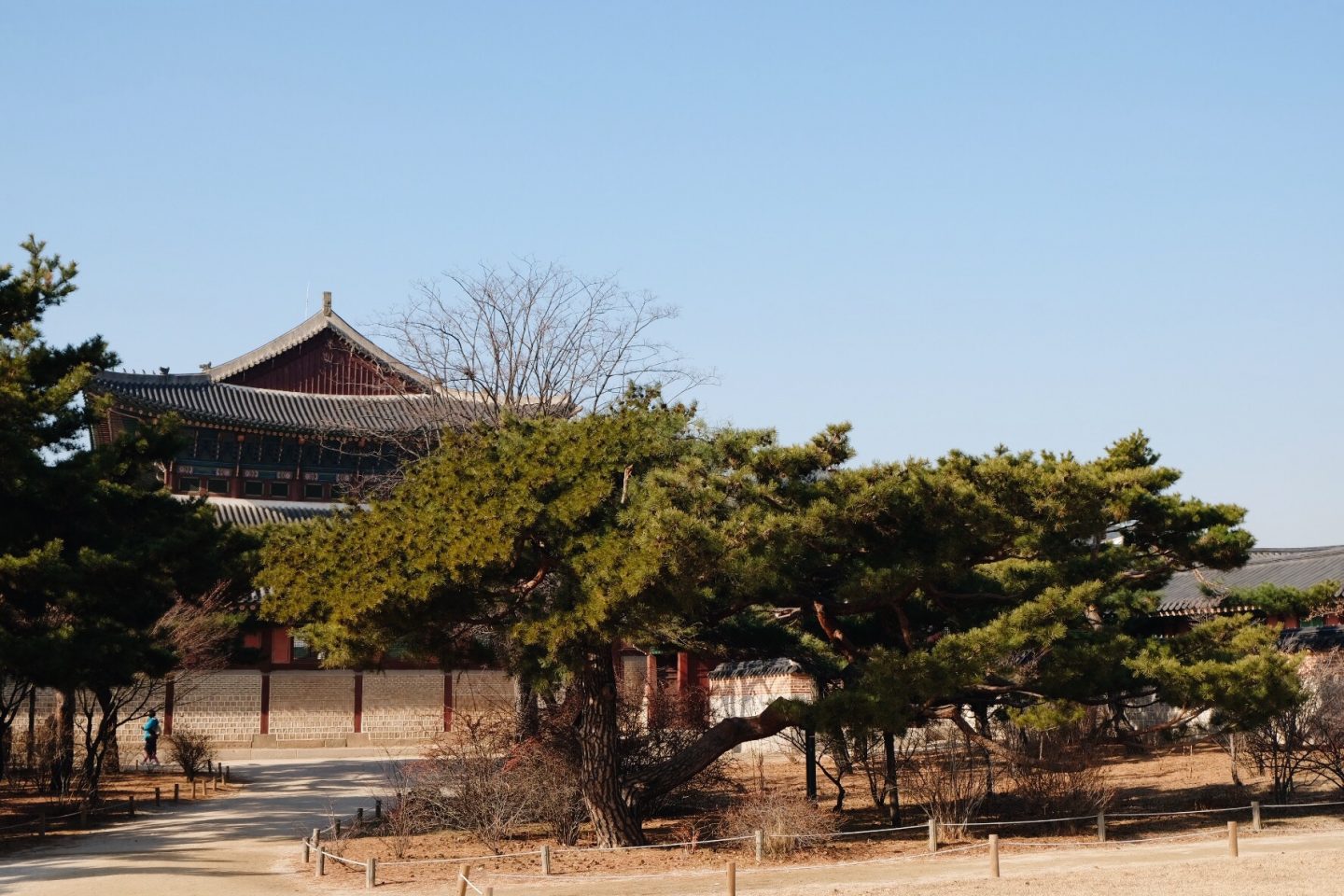 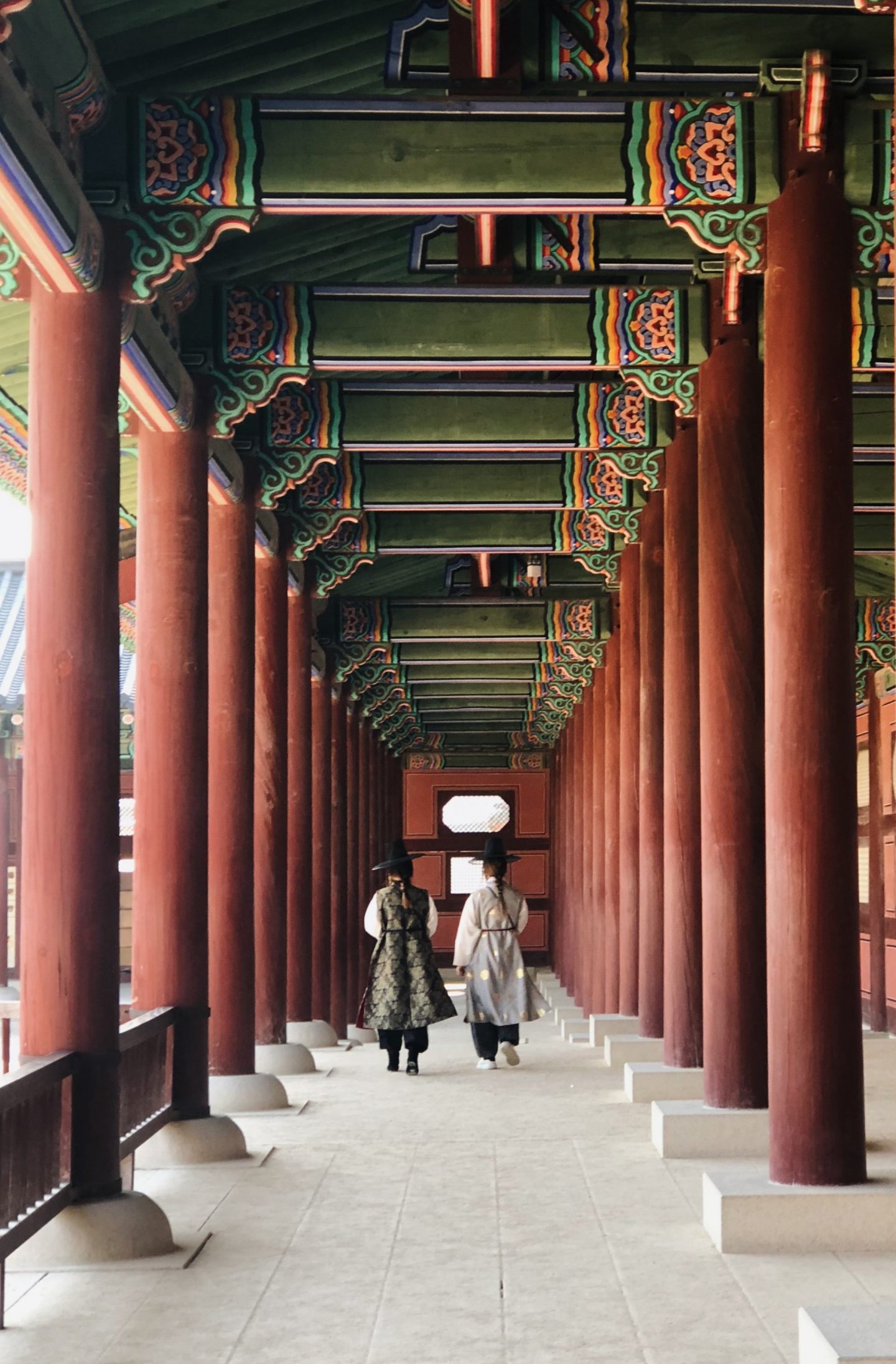 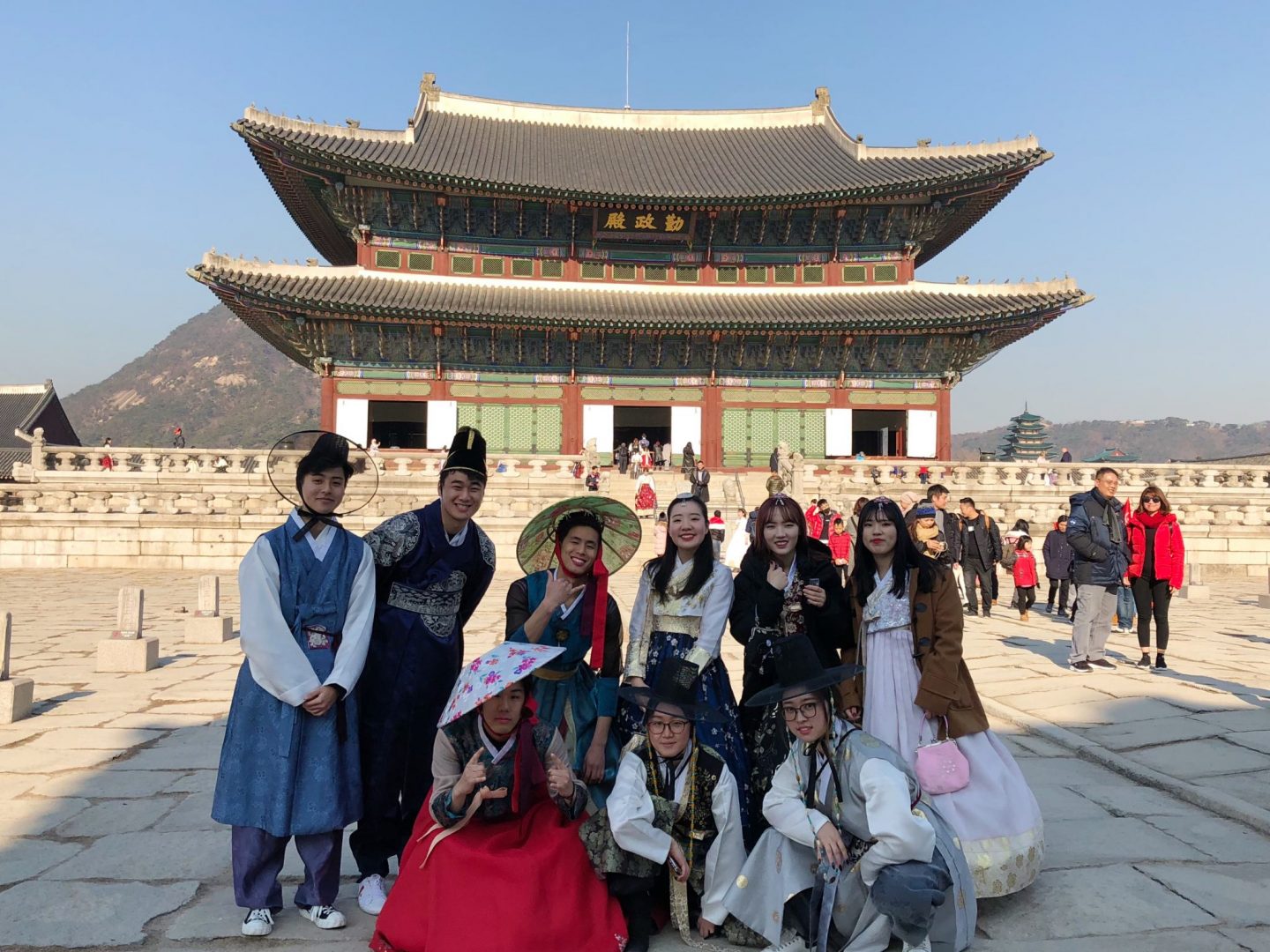 Really wanted a photo with these guys cuz they. are. awesome! 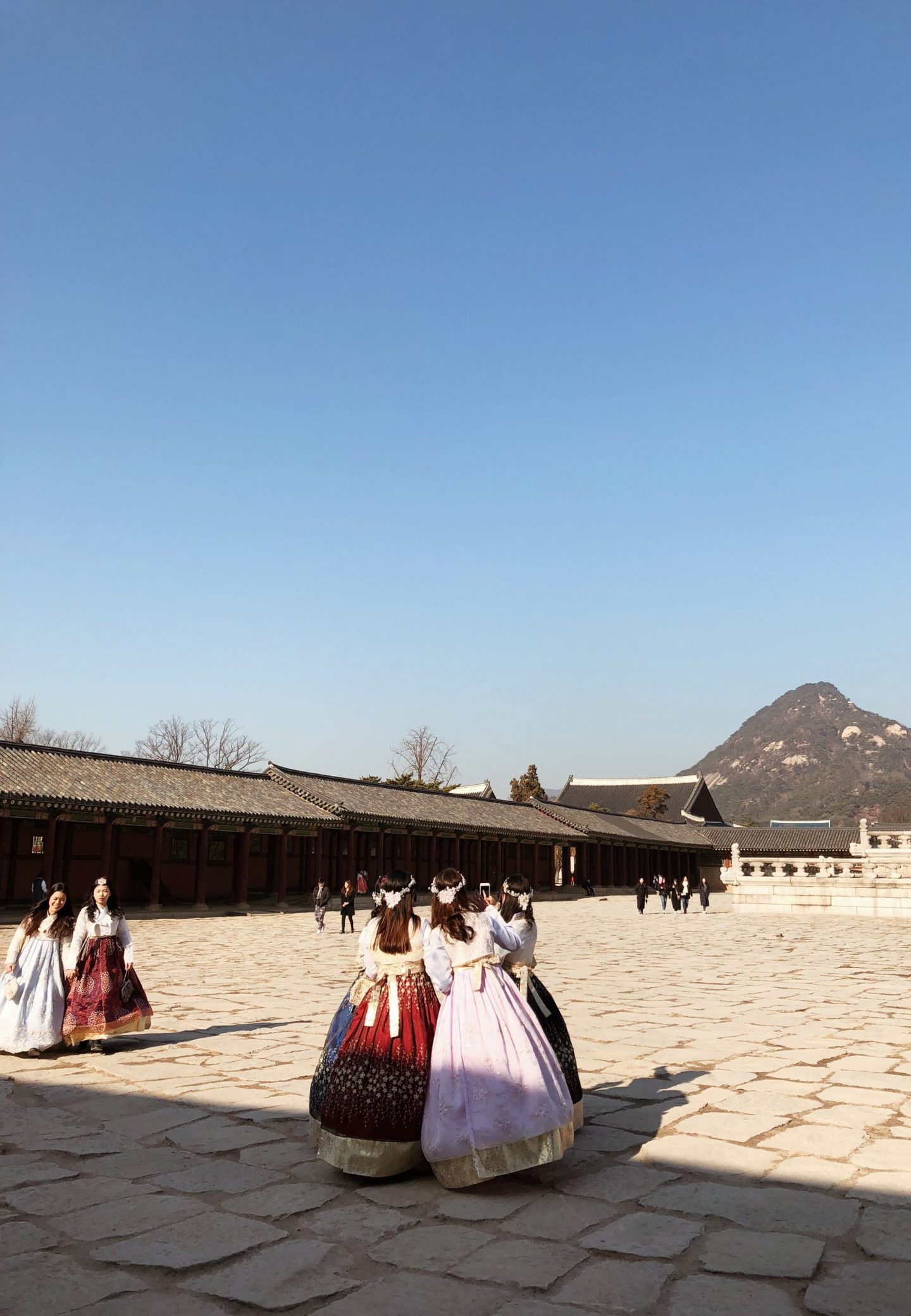 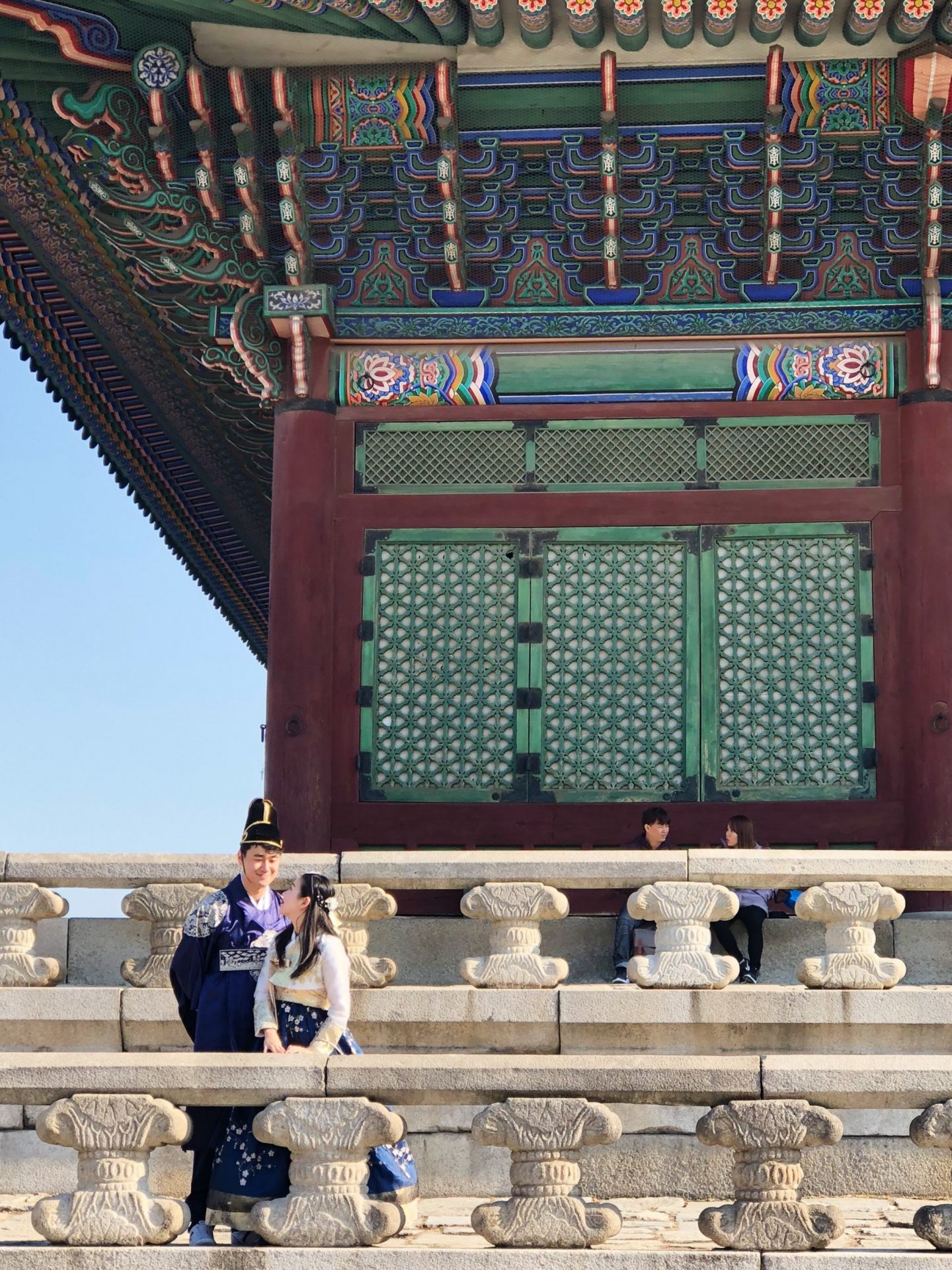