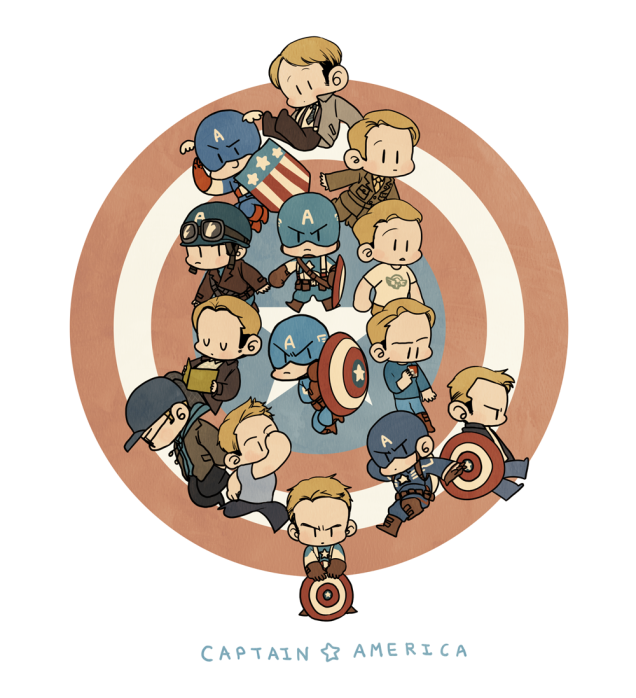 I was a biiiiit behind on the Marvel hype since I only started watching the films last year (yeah Weng, about time…). No idea why I didn’t get to it because Marvel is so EPIC AND AMAZING!!! Not to mention, it’s pretty much everywhere. After watching ‘The Avengers’ and both ‘Captain America’ movies, I really wanted to do some fanart! Also, it’s been a while since I’ve drawn so I chose an adorable set of Chibi Captain America from all the films so far (decided to re-start with something simple teehee ^o^) 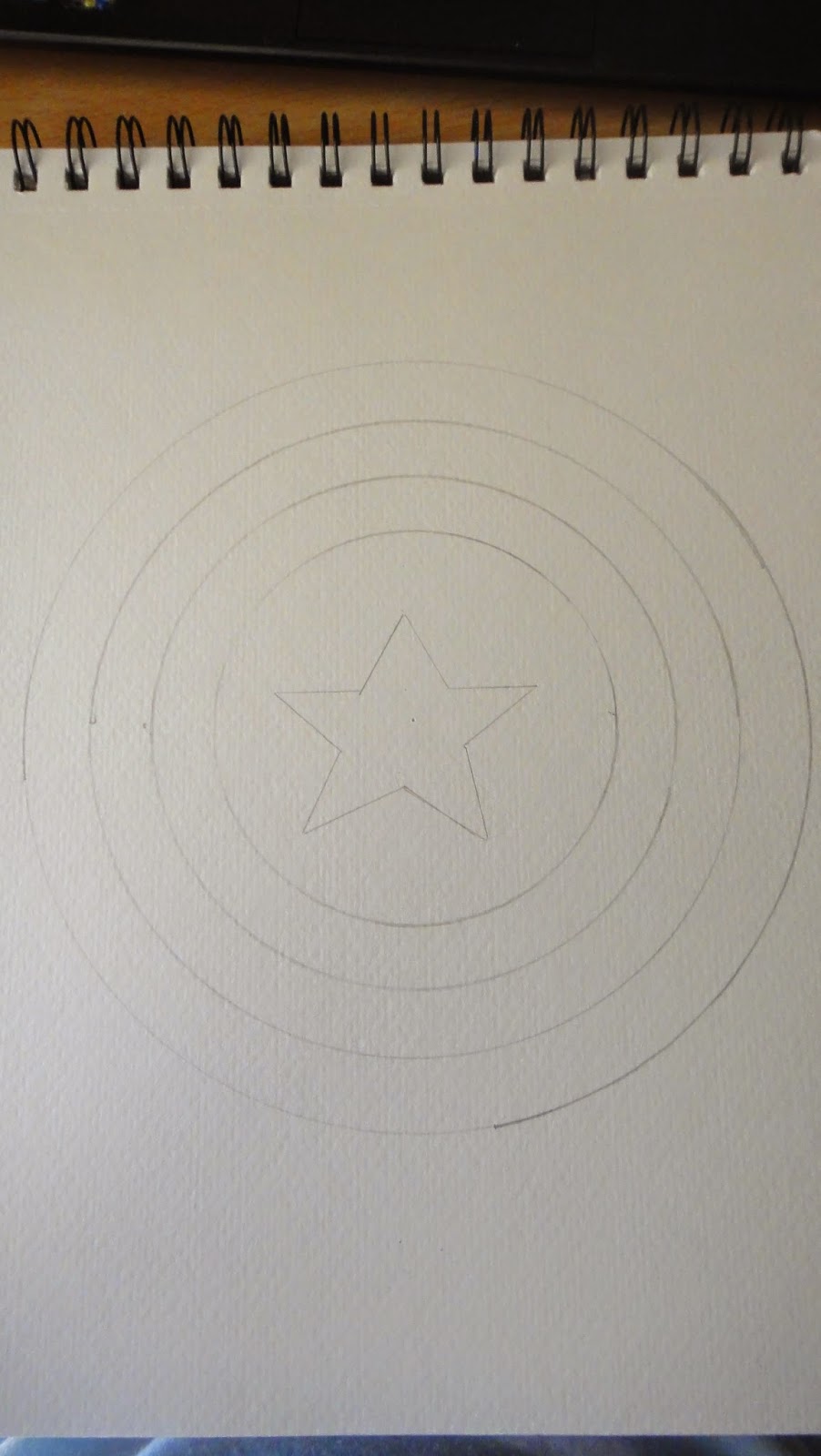 Only for times like these do I use my mathematical compass :p 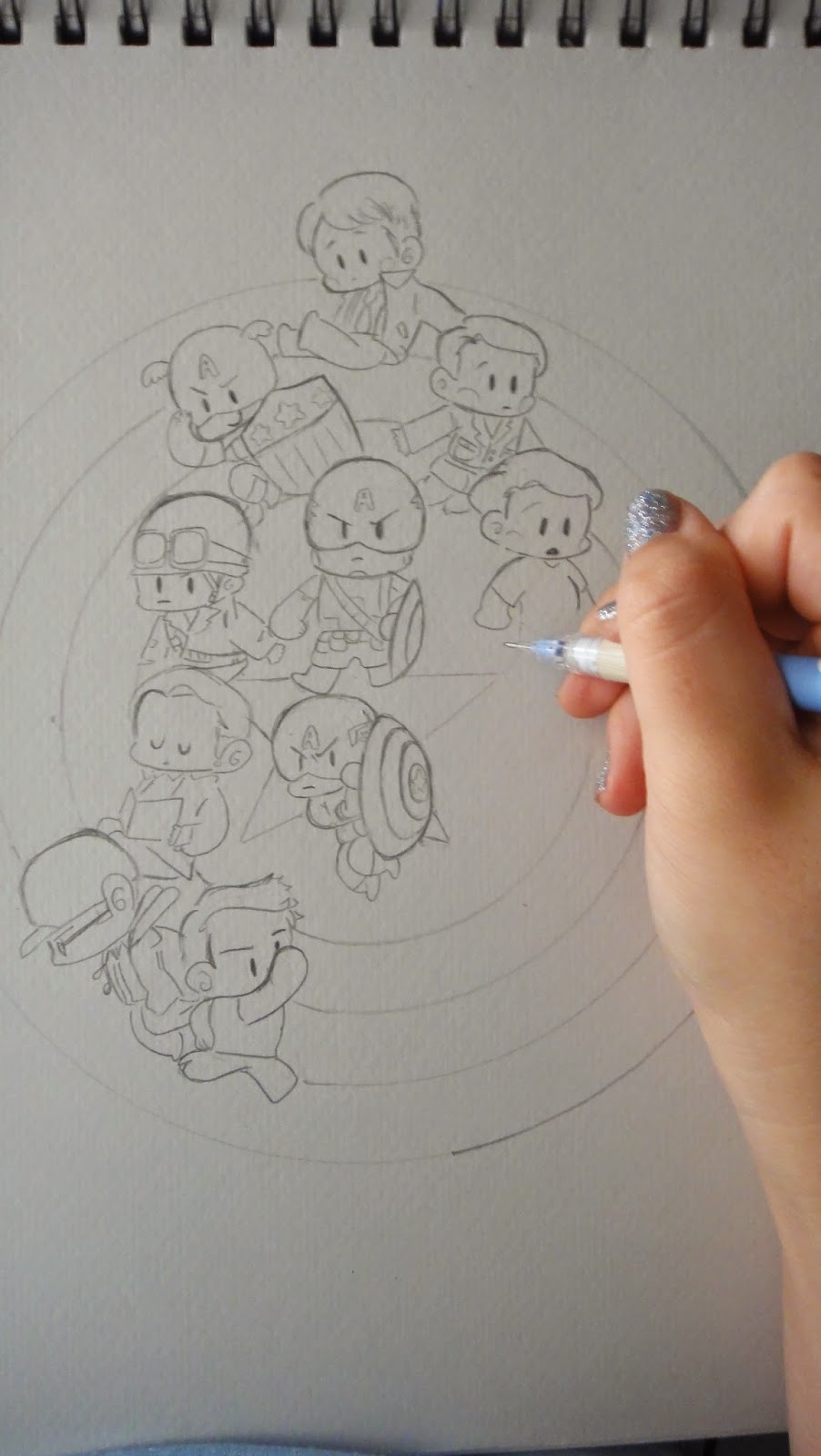 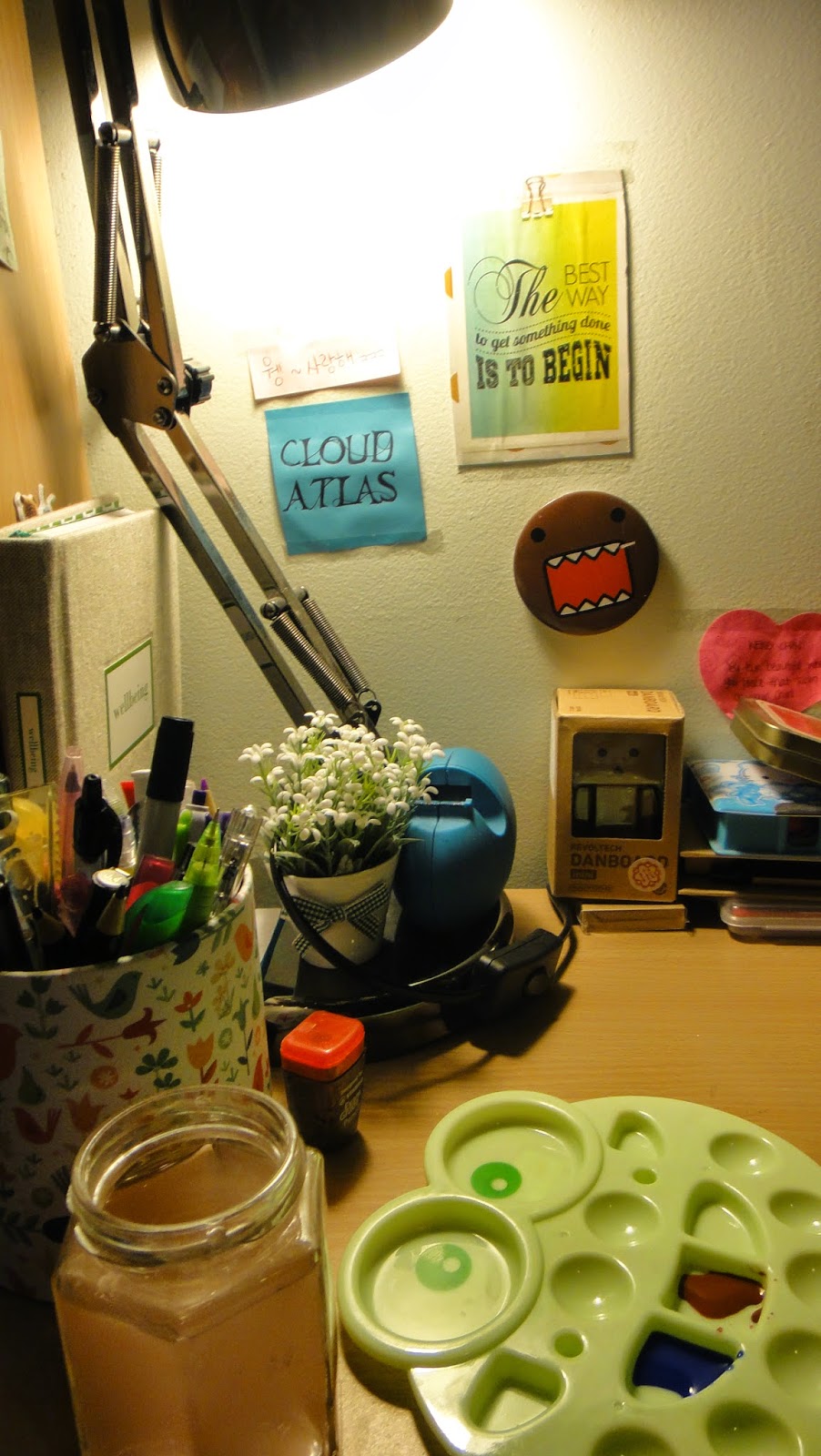 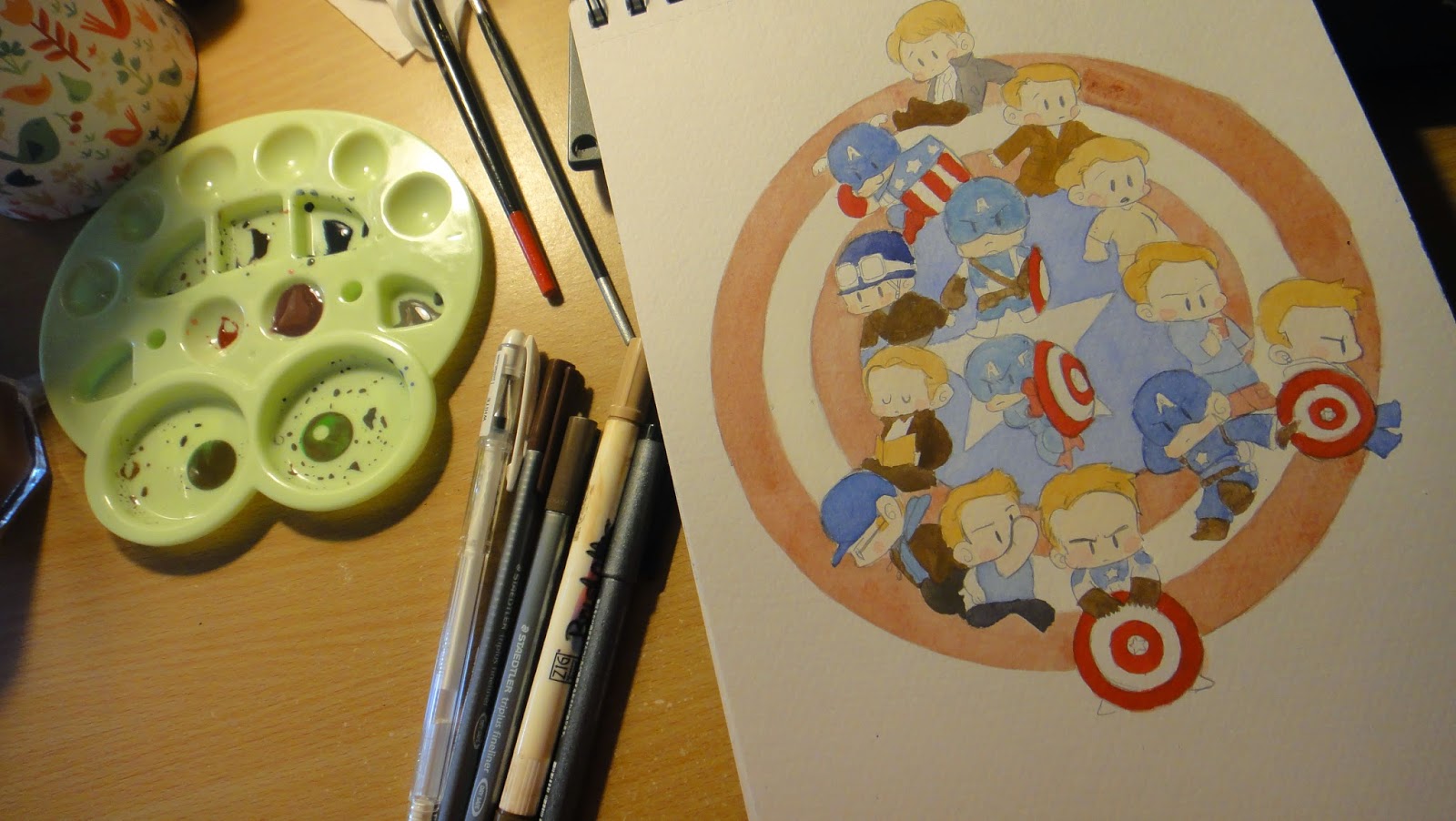 *Commence adding le colour* I kind of screwed the red at the top right… and the fella in the middle should have been bigger. *FLAWS* oh well. 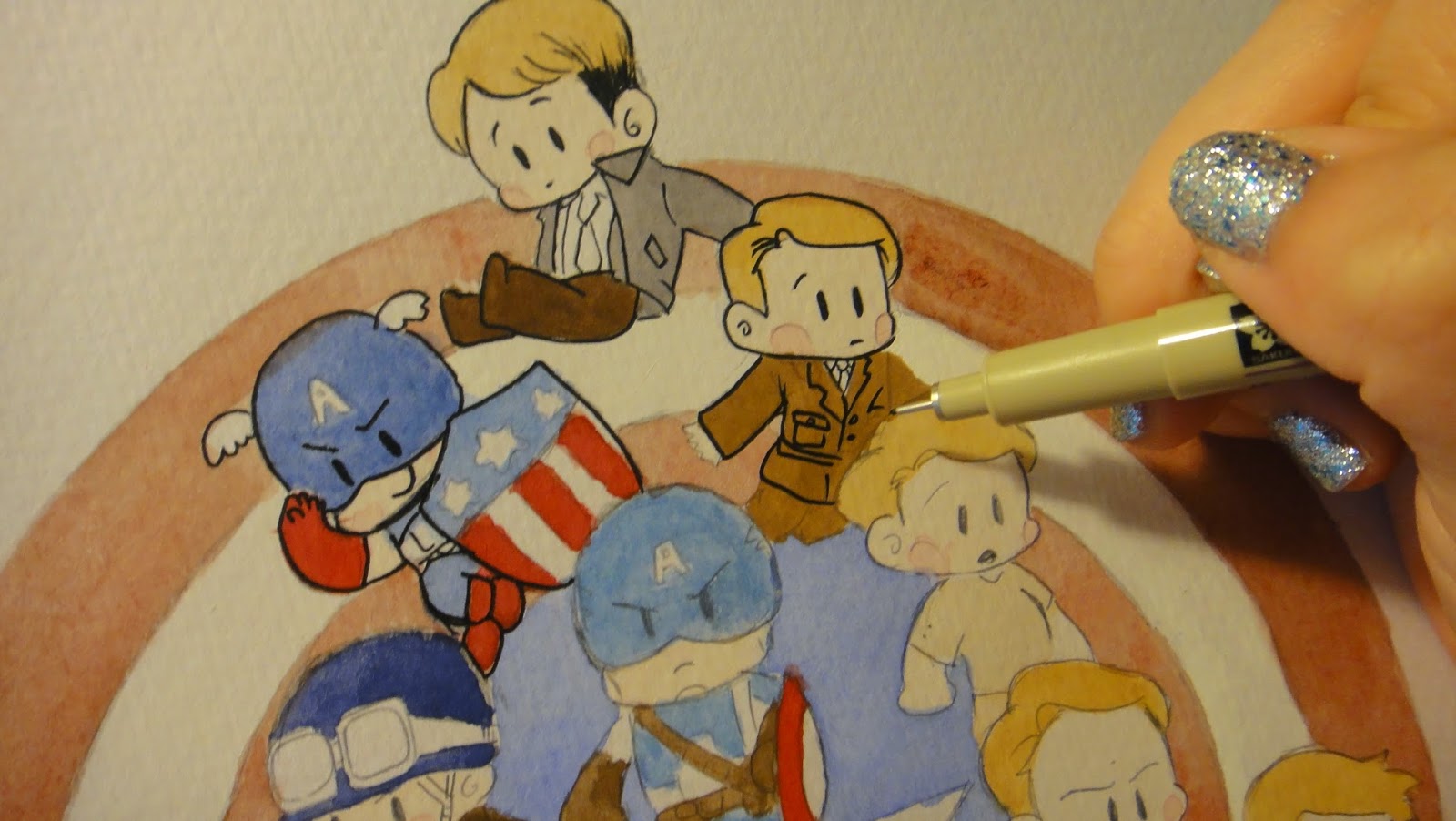 The best and final part, outlining. Everything becomes clean, clear and it really pulls the picture together. Very satisfying indeed. 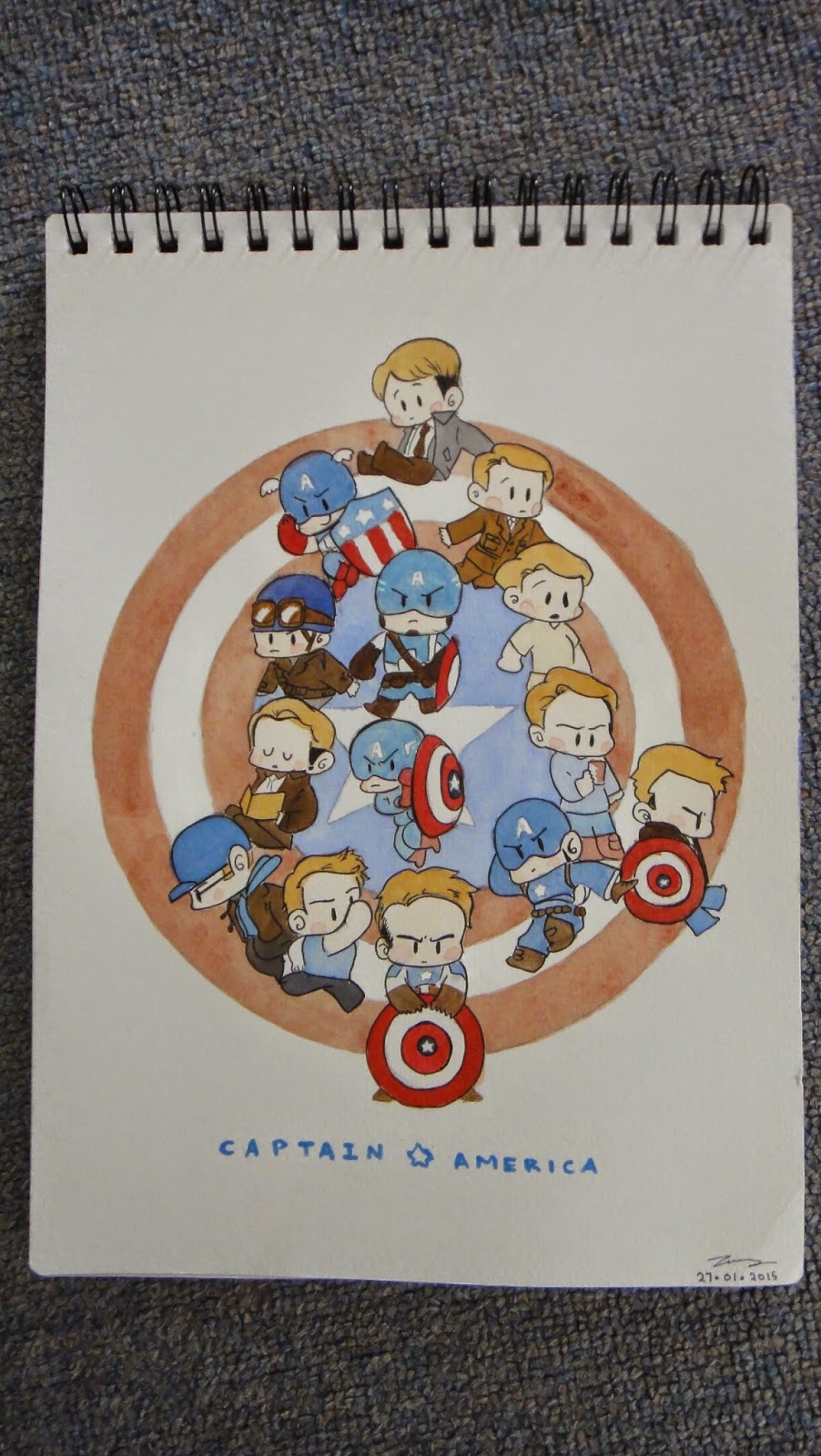 Le end product!!! I completed this in maybe ….4 sittings (3 days) and I’d guess it took me around 3 hours in total? Probably no more than that. I’m definitely going to keep doing more Avengers fanart! ヽ(´･ω･｀)ﾉ