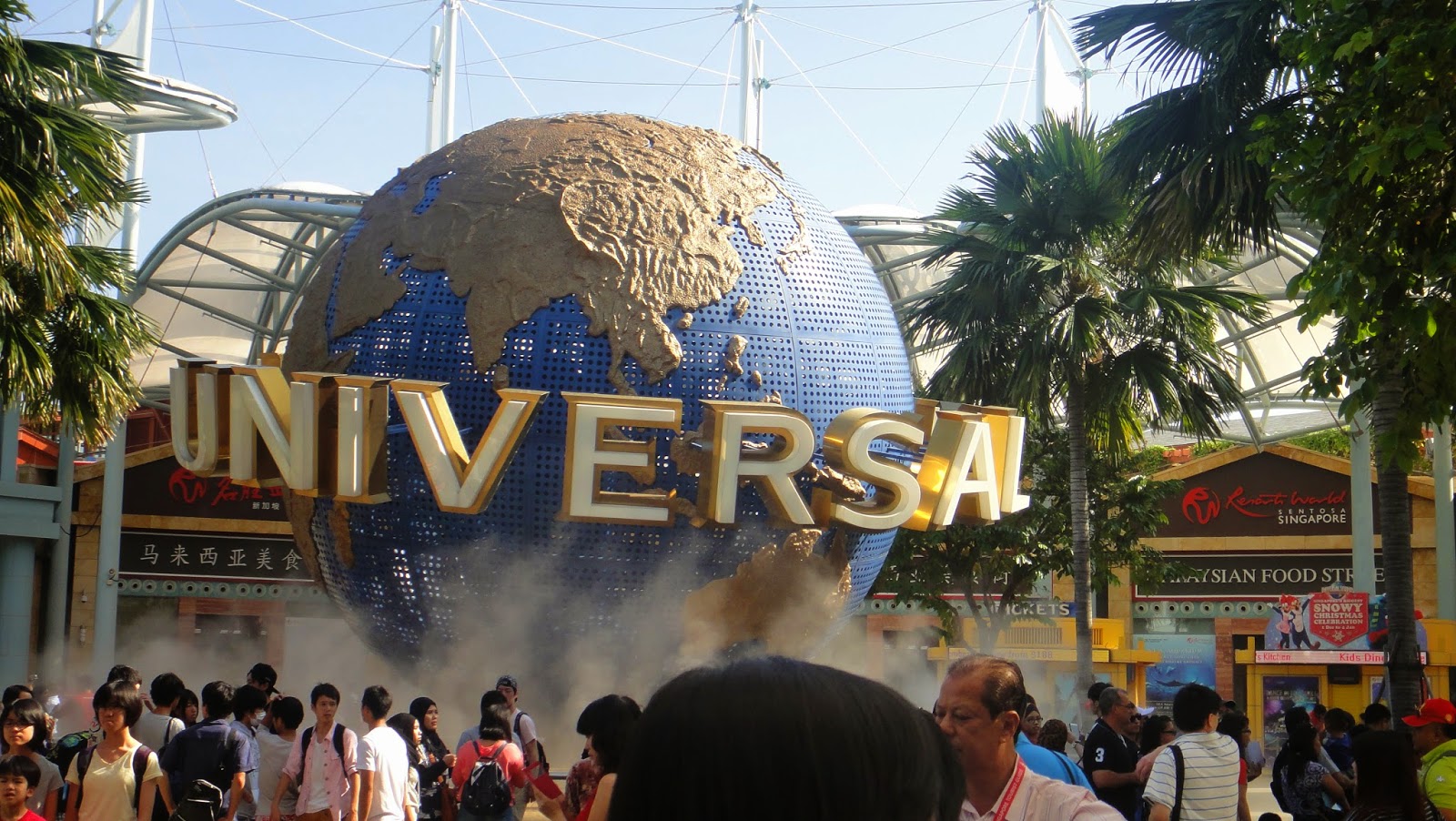 So for our last official day in Singapore, our family set out to Resorts World Sentosa where my sisters and I went to Universal Studios! Before we even entered, I was getting so excited from seeing the castle (below) 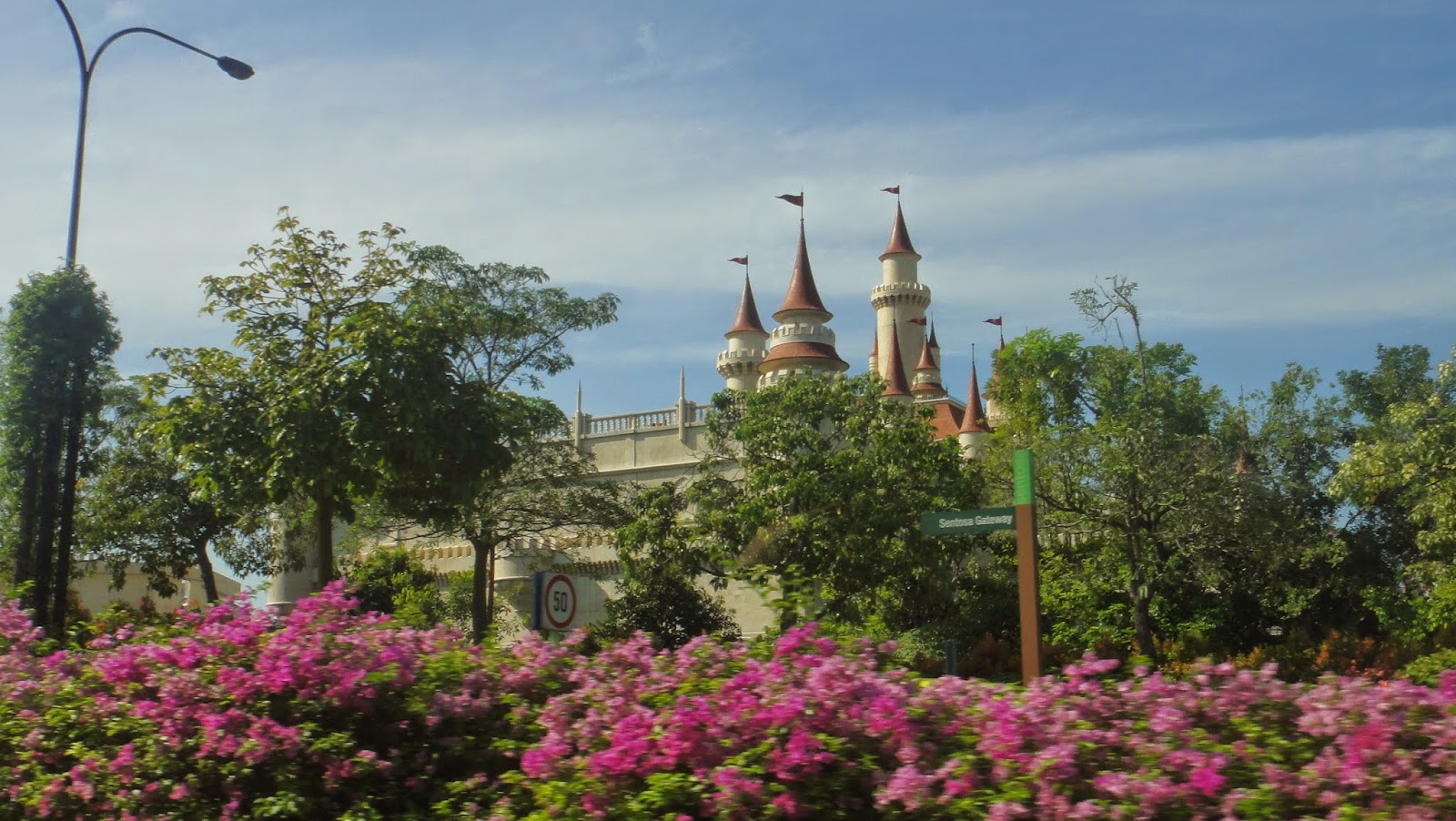 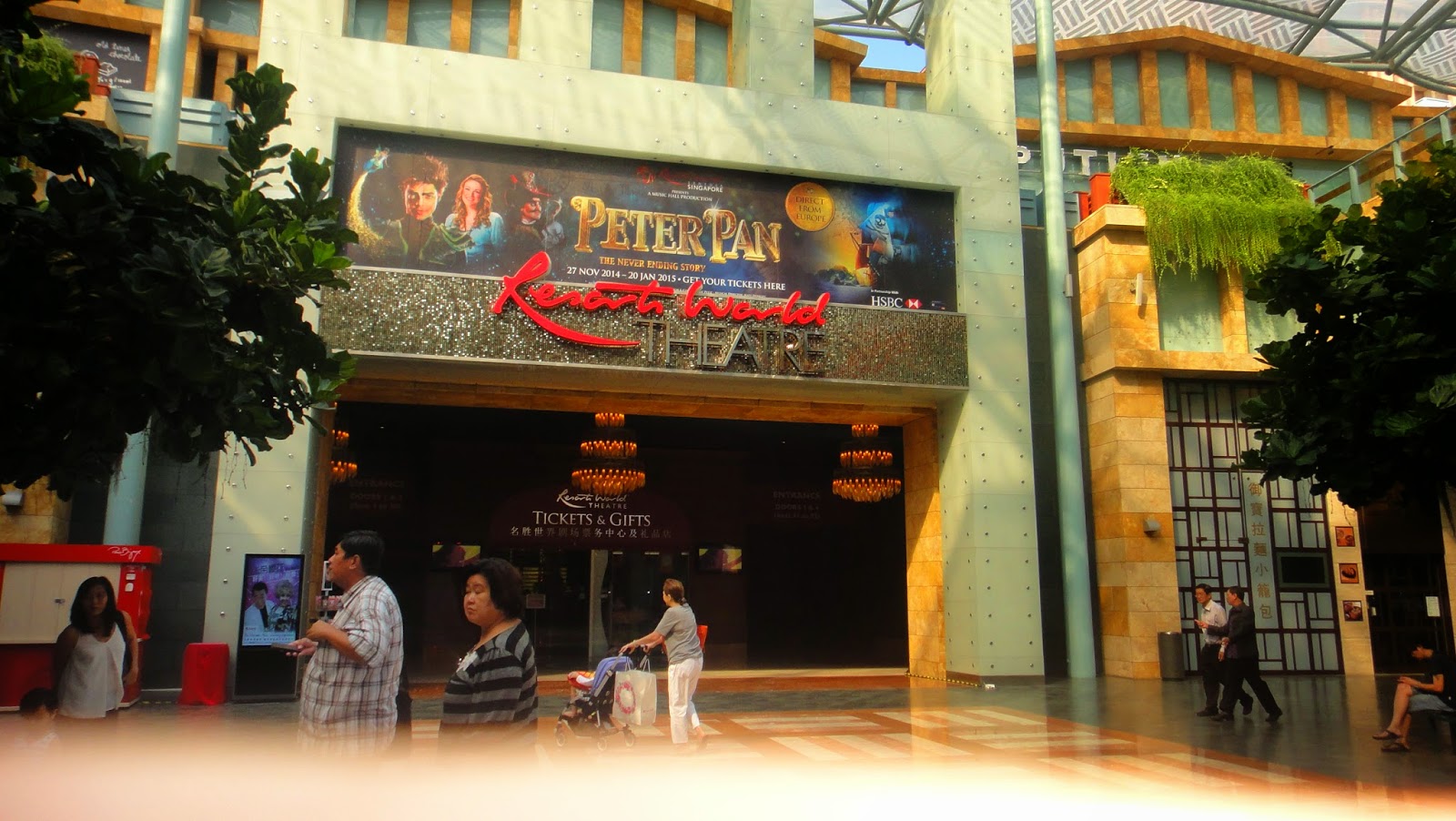 My uncle recommends me to check out casinos because they probably look neat as inside but I am not 18 yet D: 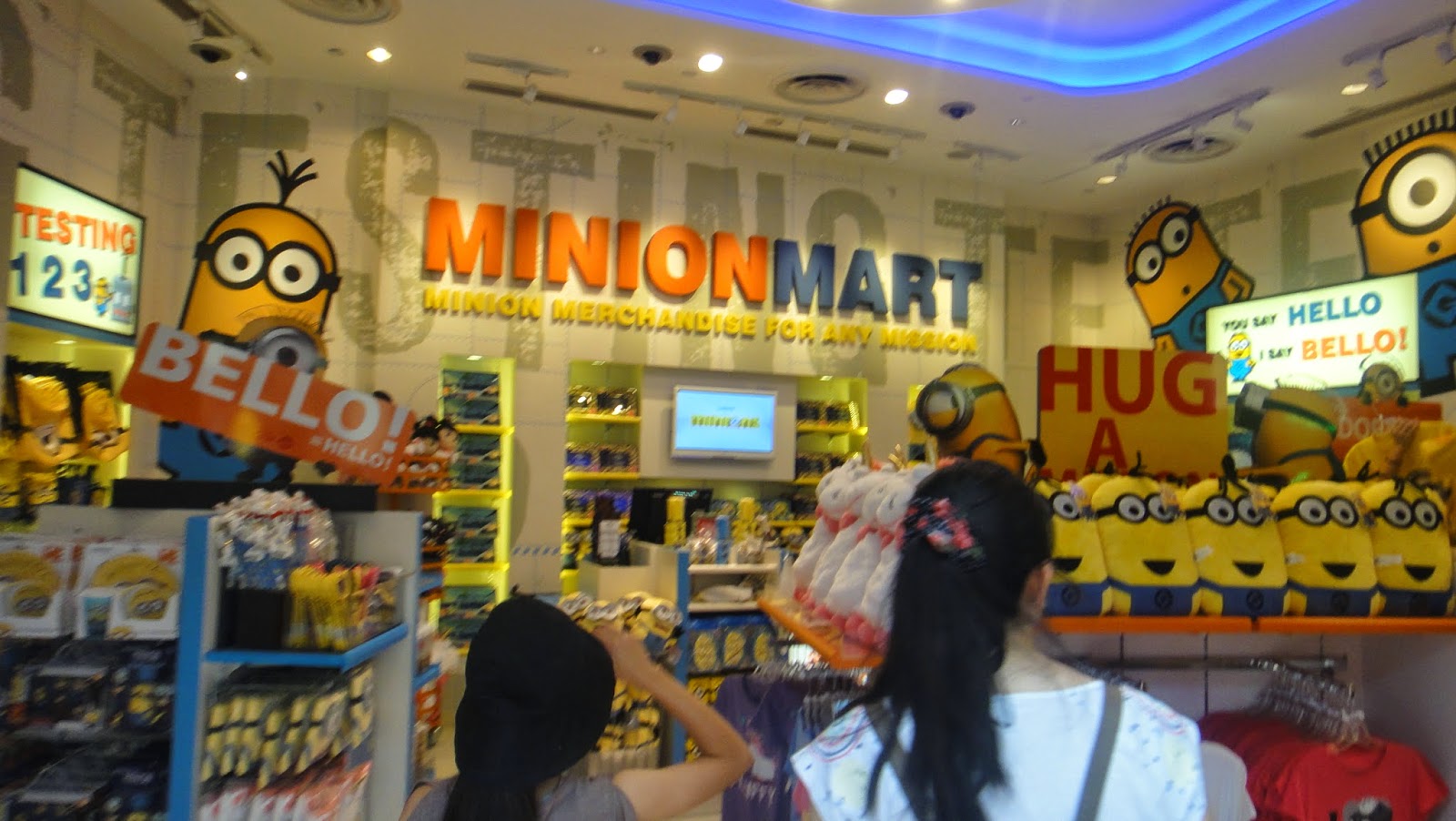 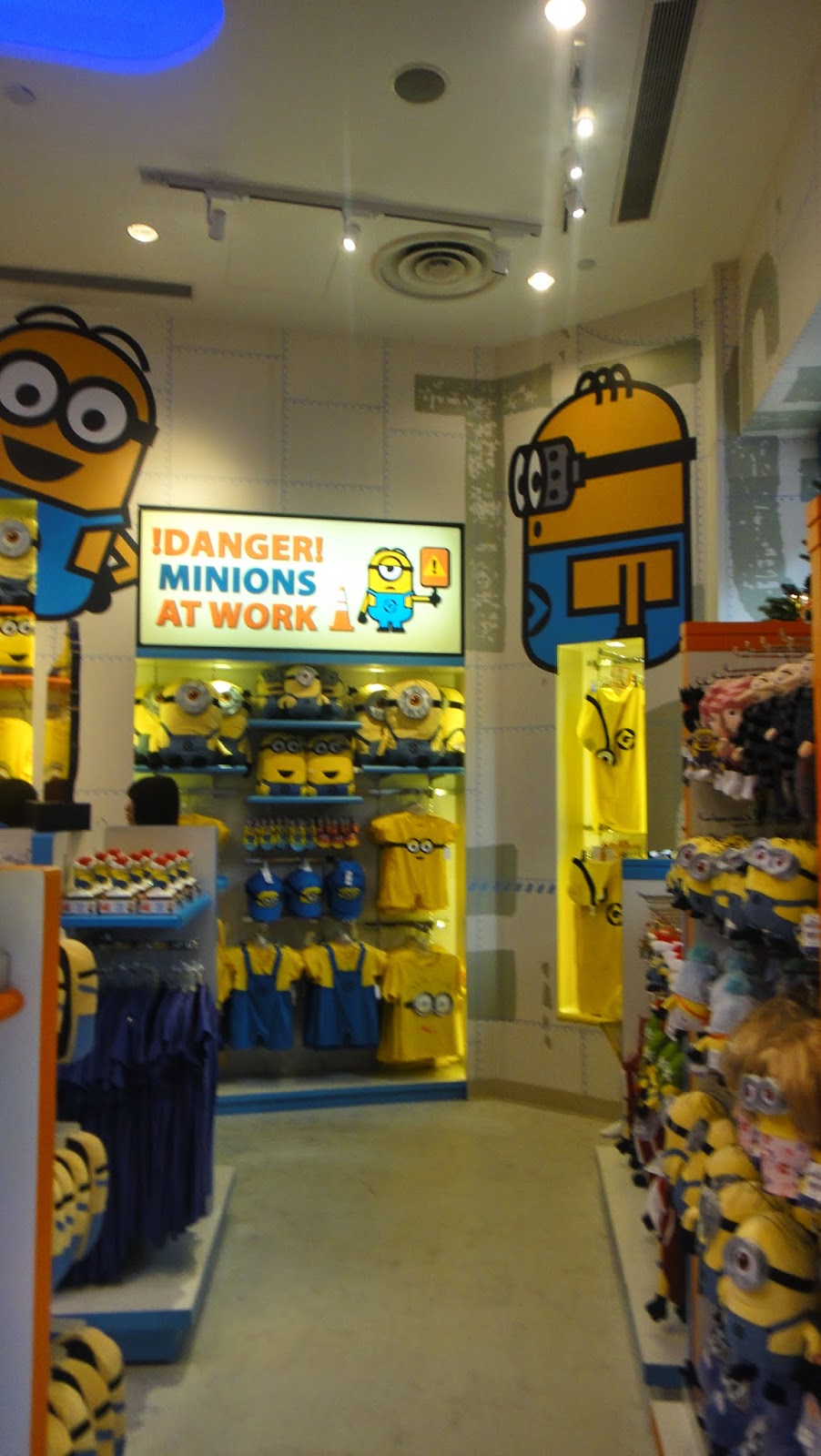 Awesome merchandise stores that we temporarily got caught up with upon coming into the theme park :’D As you can see in the map, there are different areas around the park so lots to see! 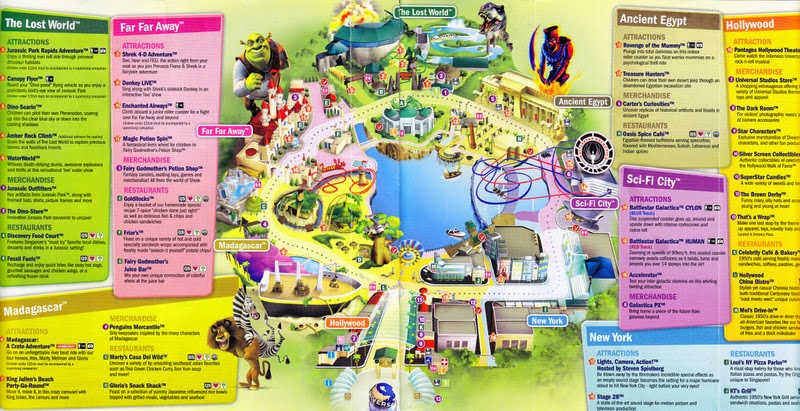 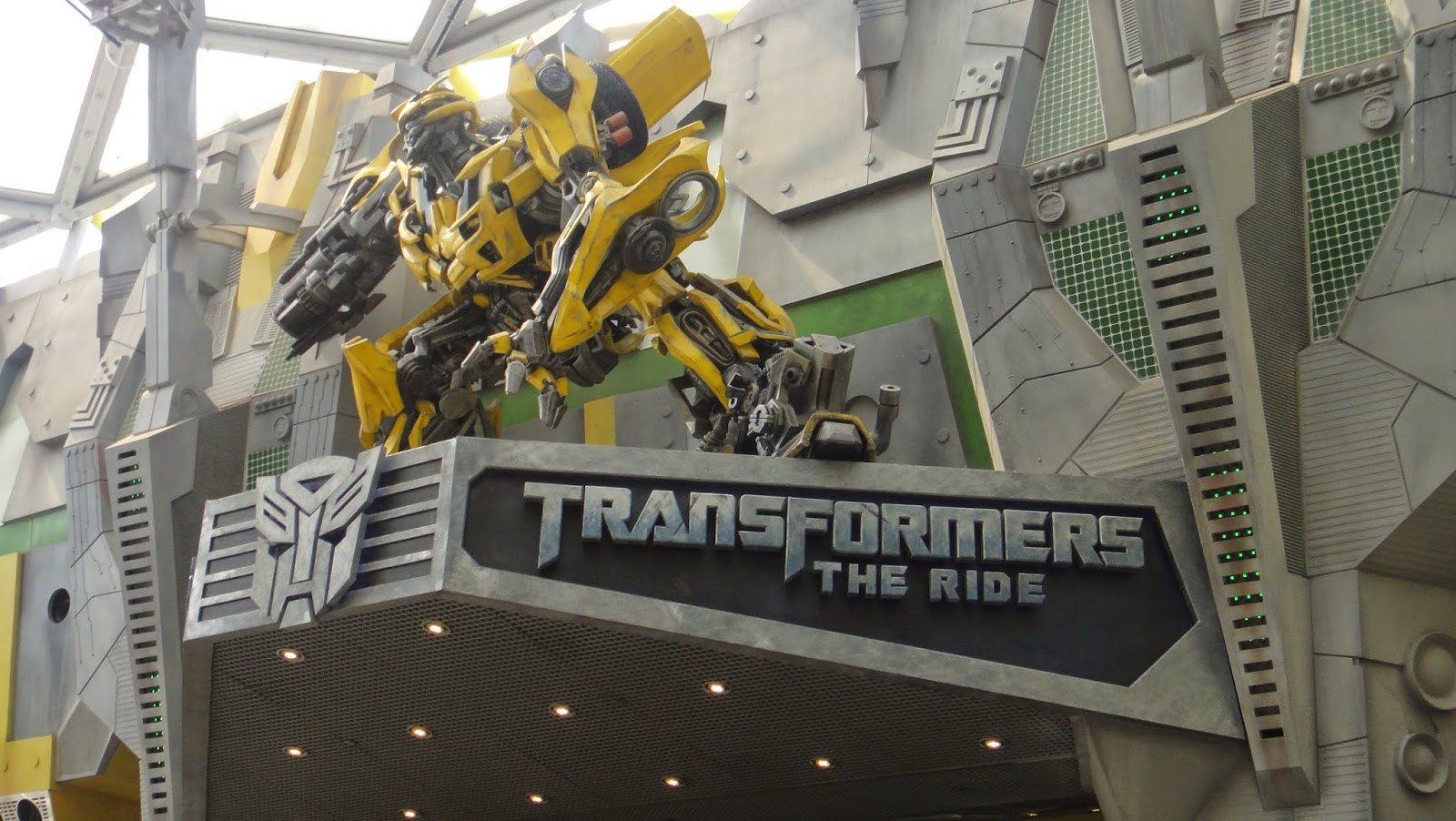 My favourite was the Transformers ride. By far. the best. ride. ever. After riding it once, we came back at the end of the day and went another 2 times. It was like 4D taken to a whole new level. You’re basically in a transformer named “Evac” which holds about 12 people. The ride is basically taking you on a mini adventure to save the allspark from Megatron (you know, the usual 😉 ) and throughout, you’re witnessing a real life experience as a transformer. I was BLOWN away with the 3D visuals and how “Evac” felt as if we were moving at incredible speeds and falling from buildings, being thrown around and almost being hit by a missile (you feel the heat in your face). Anyway, you never know how awesome it is until you go and try it for yourself ;). My sister says the Spider Man ride at Universal Studios is similar~ 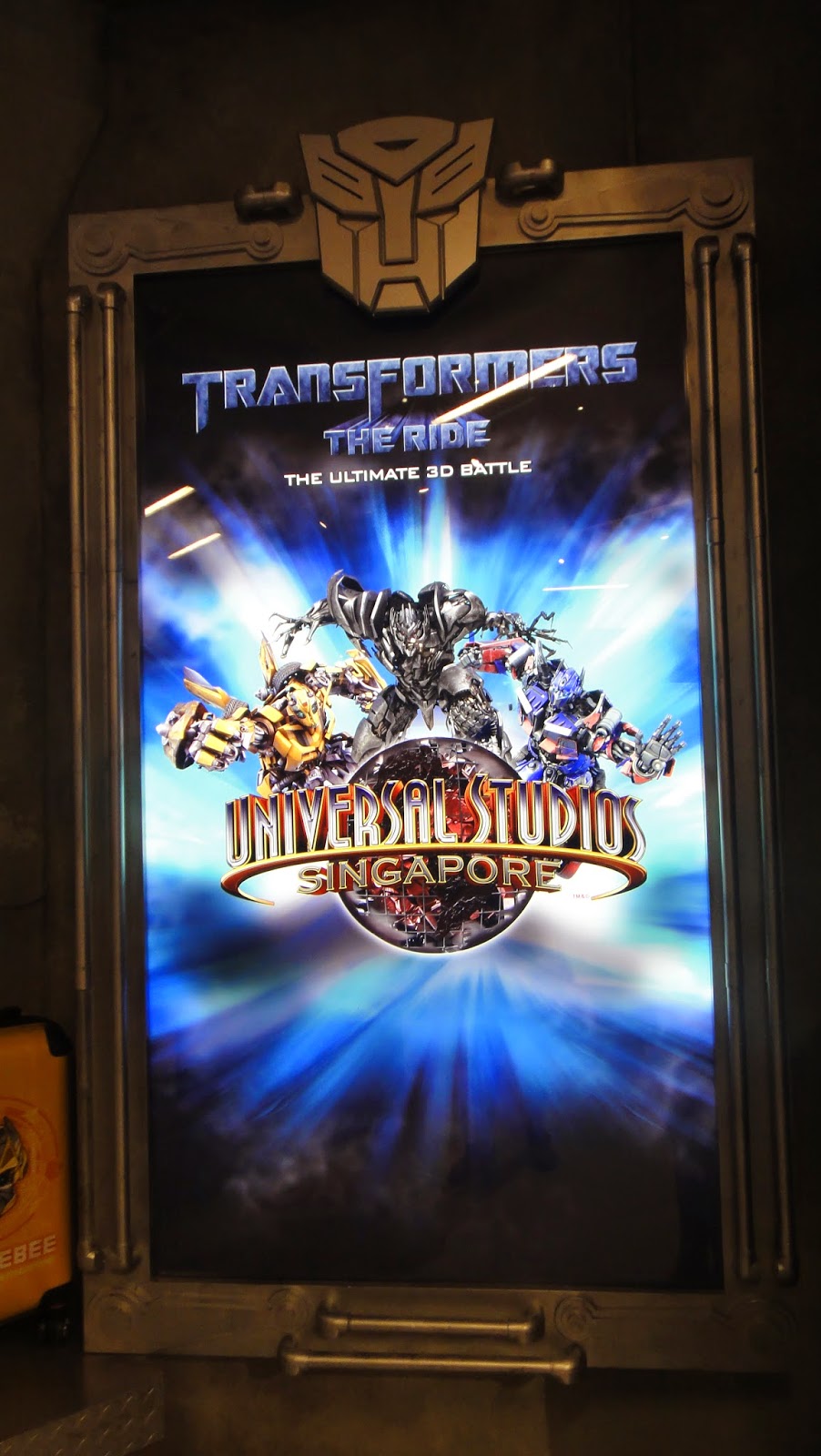 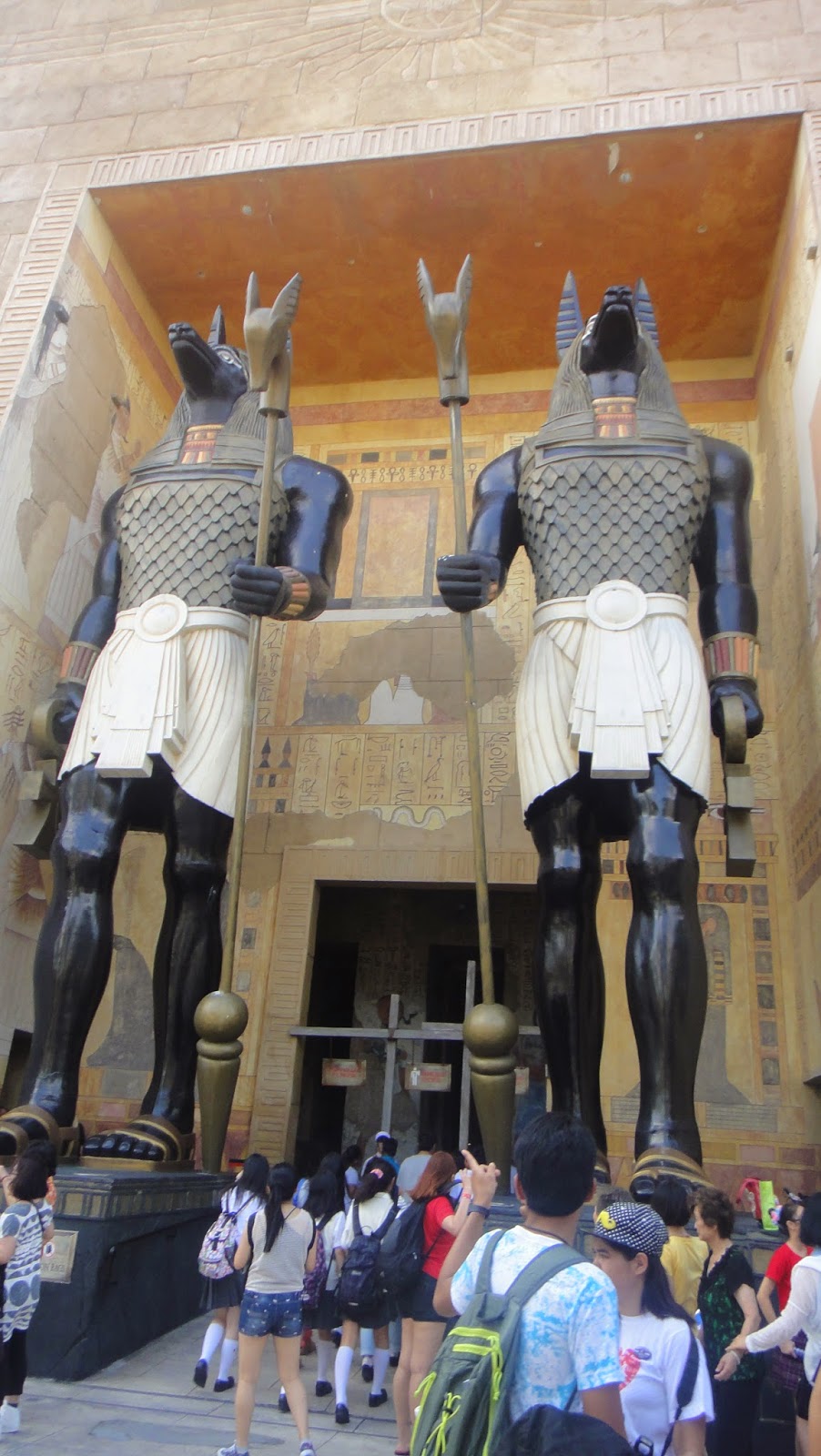 Ancient Egypt- The “Revenge of the Mummy” ride was a fast roller coaster in the dark with random ghosts flashing everywhere. Mildly scary xD 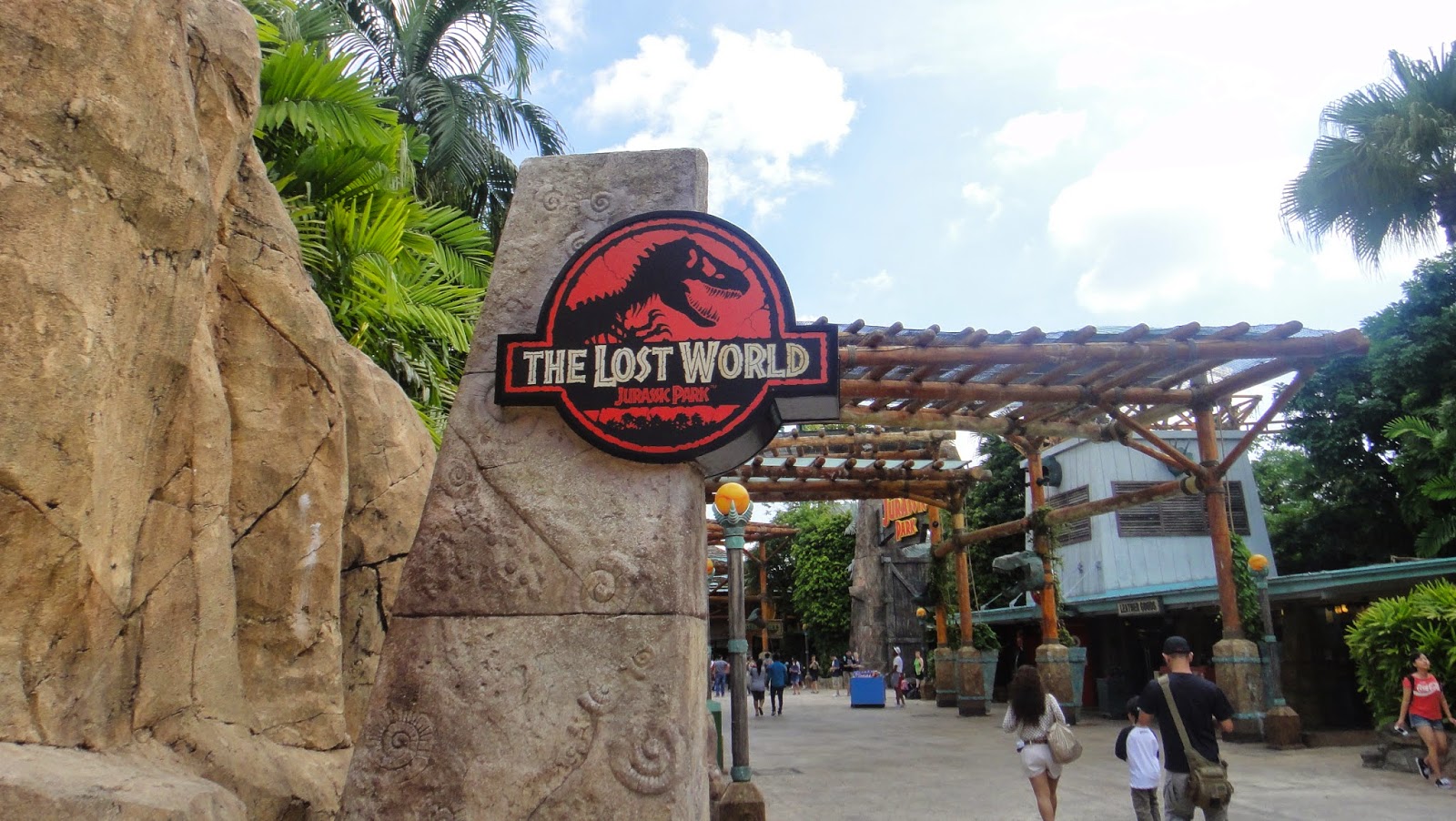 Jurassic Park! The rides were a bit meh…. 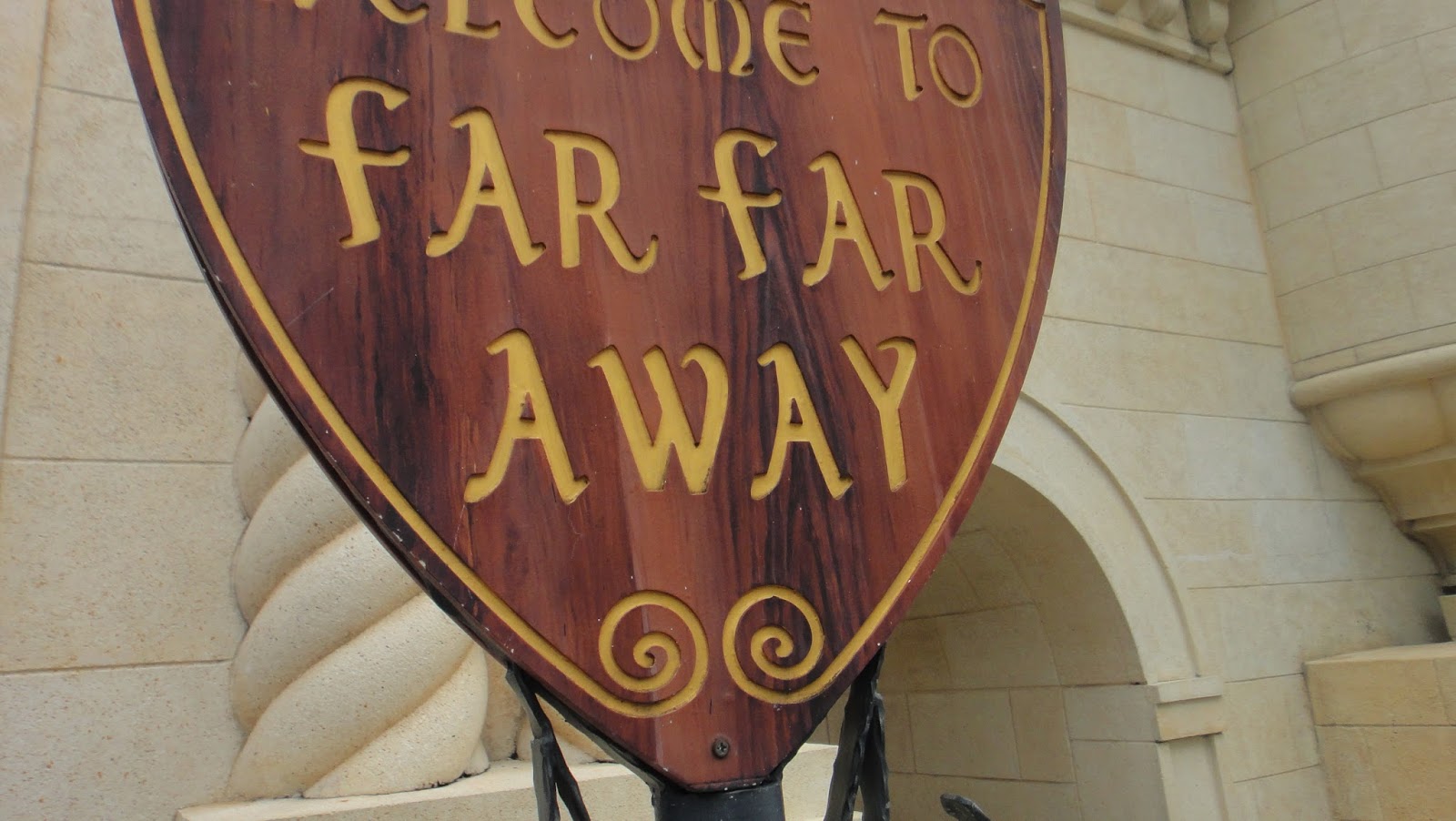 And my favourite area of the park, the land of Far Far Away from Shrek 3 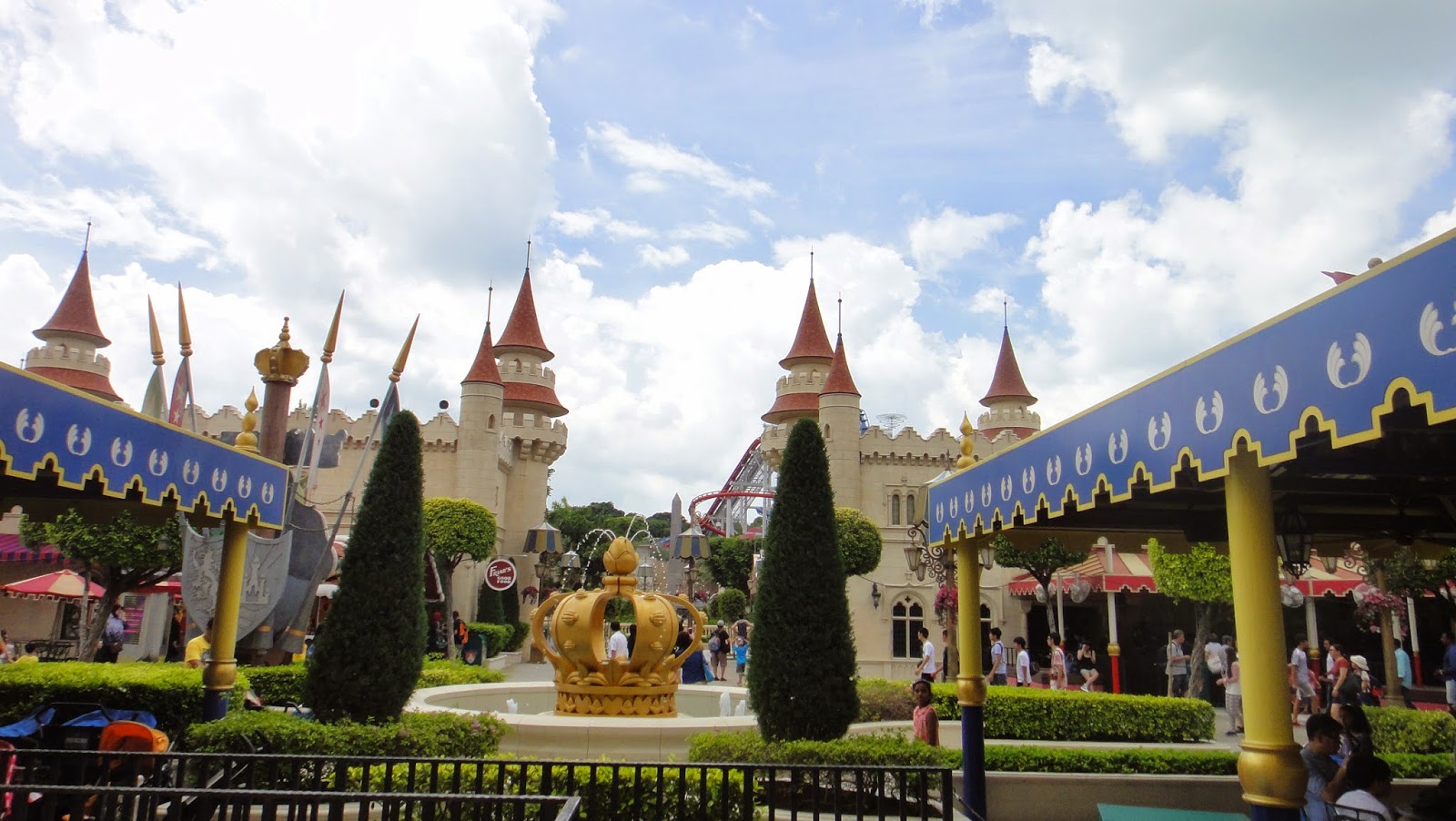 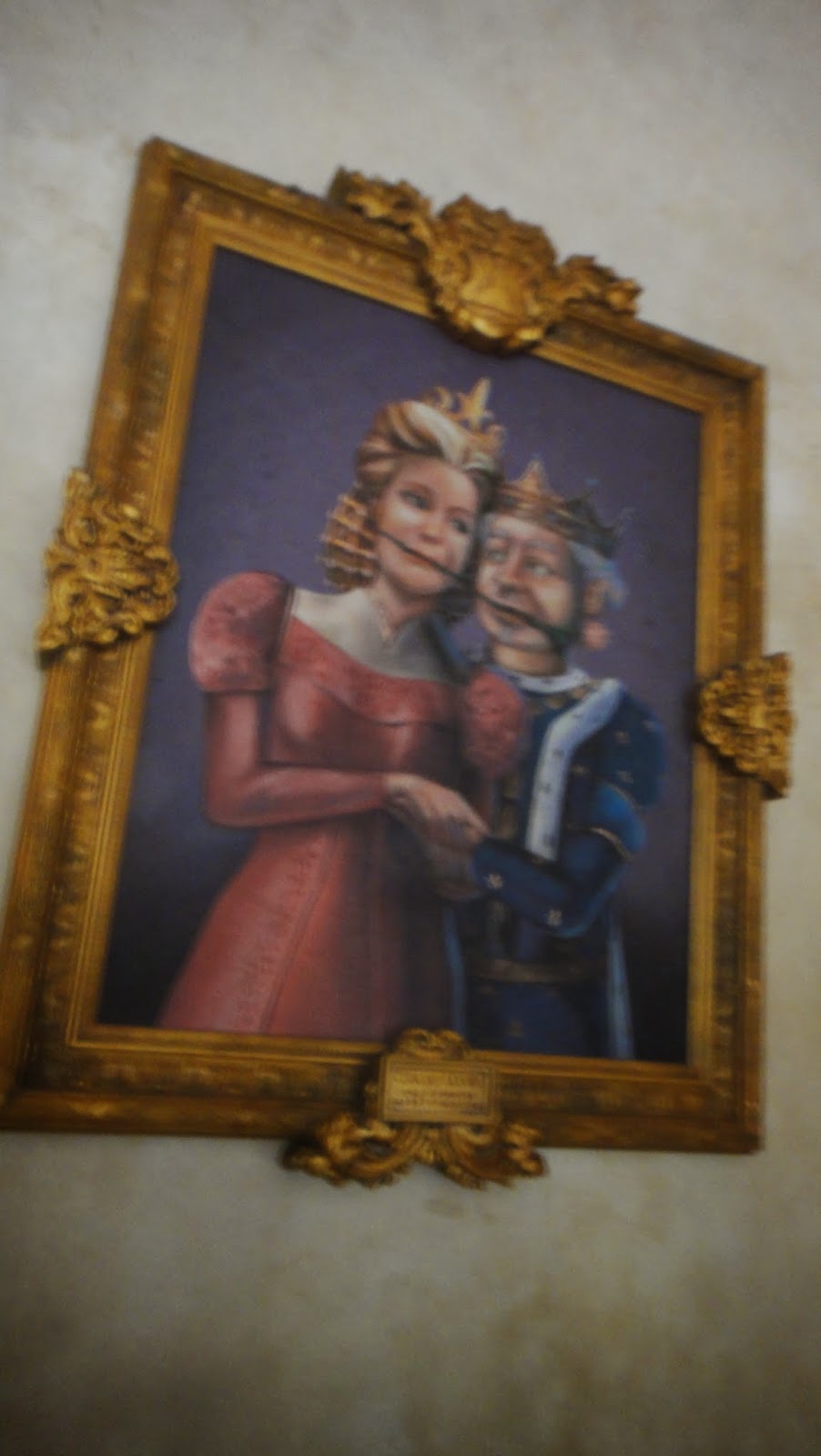 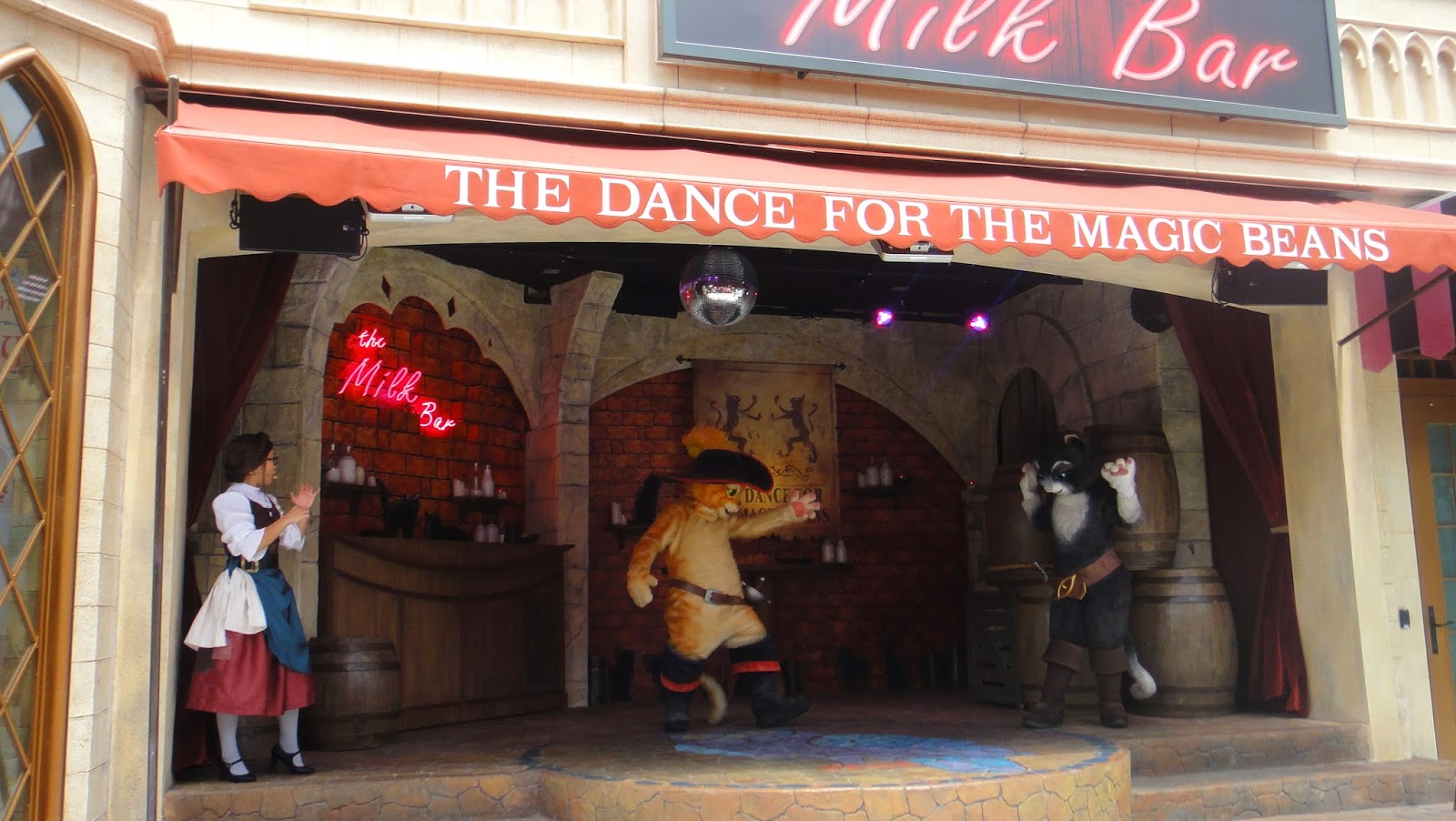 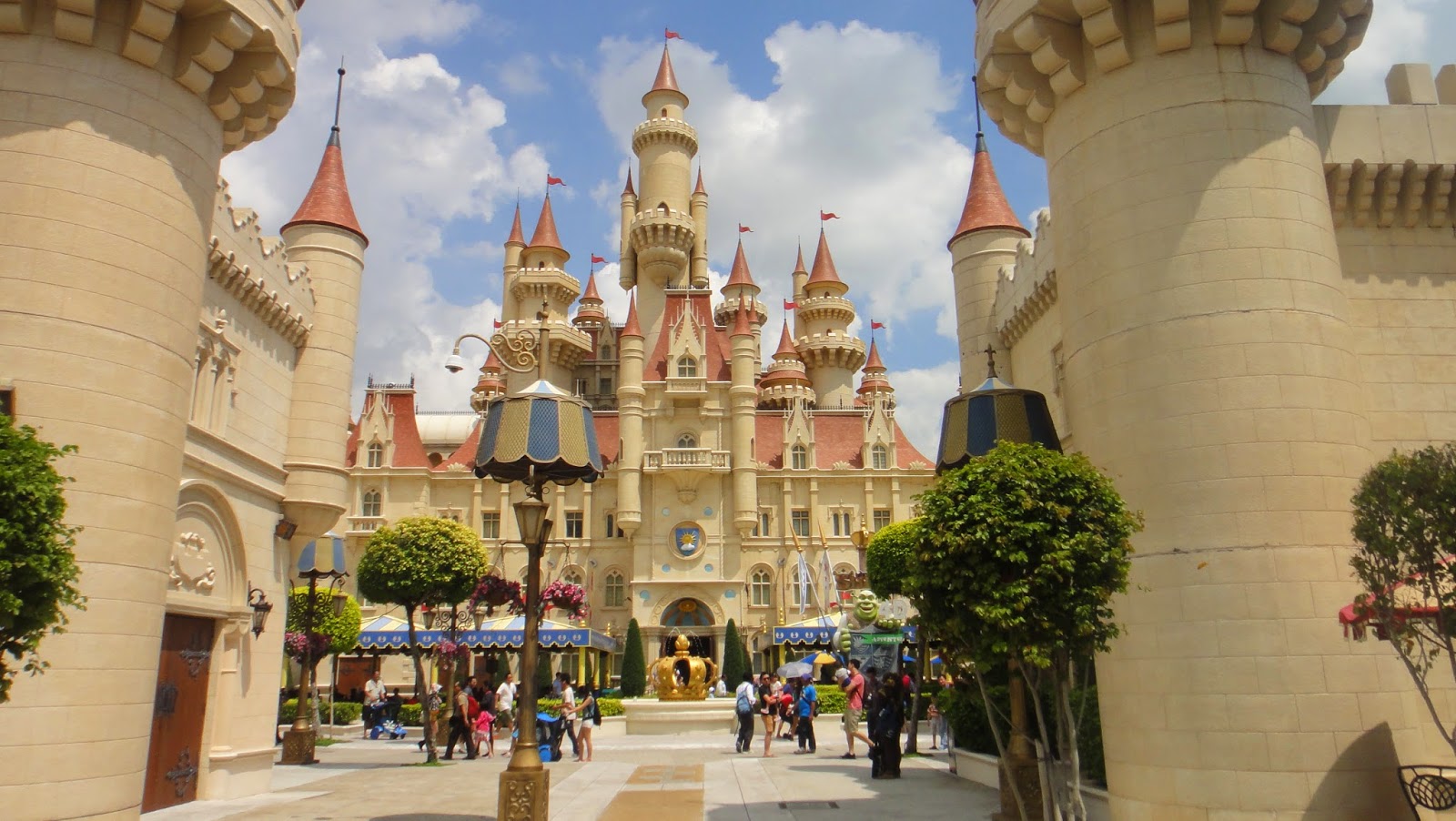 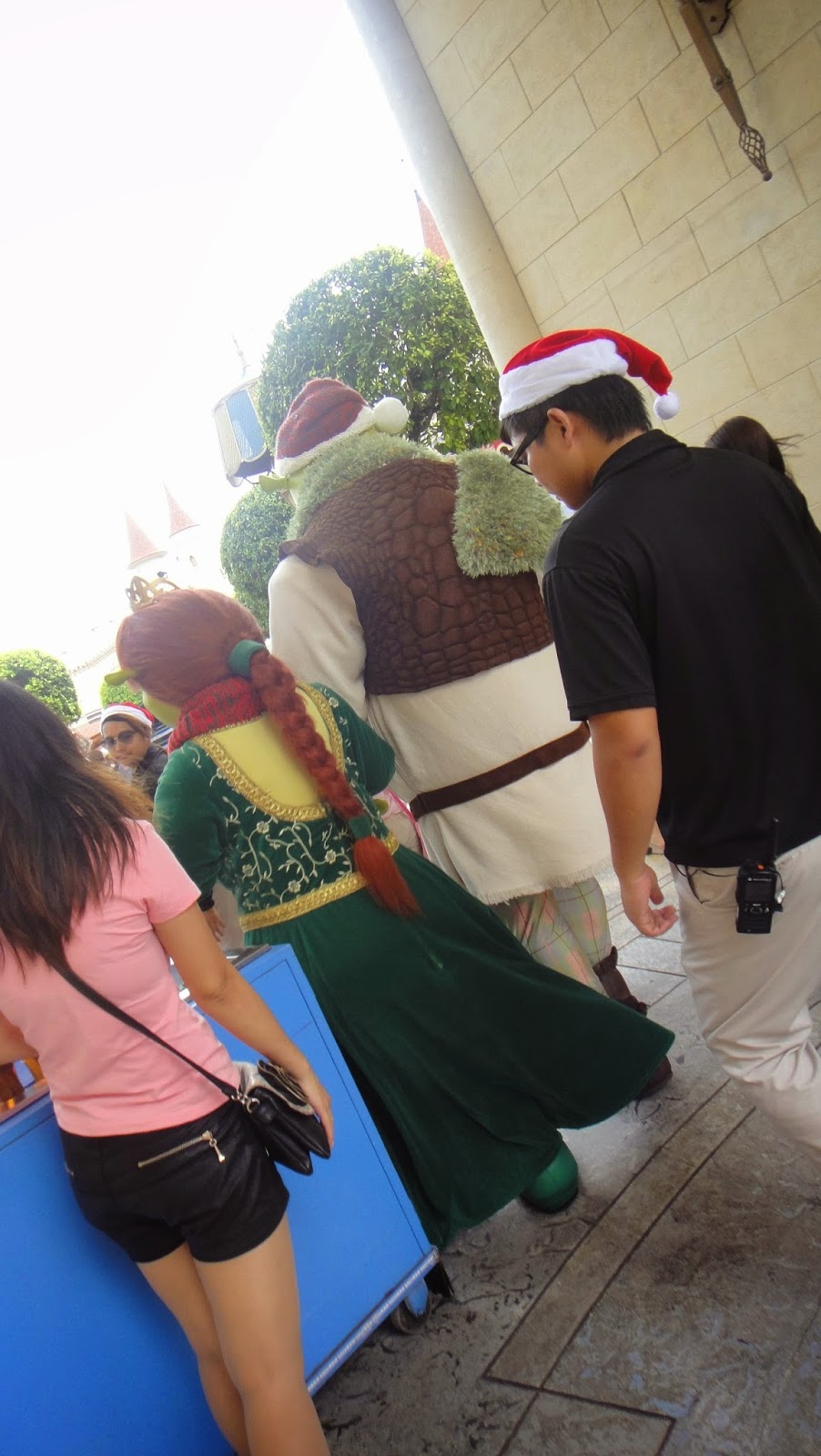 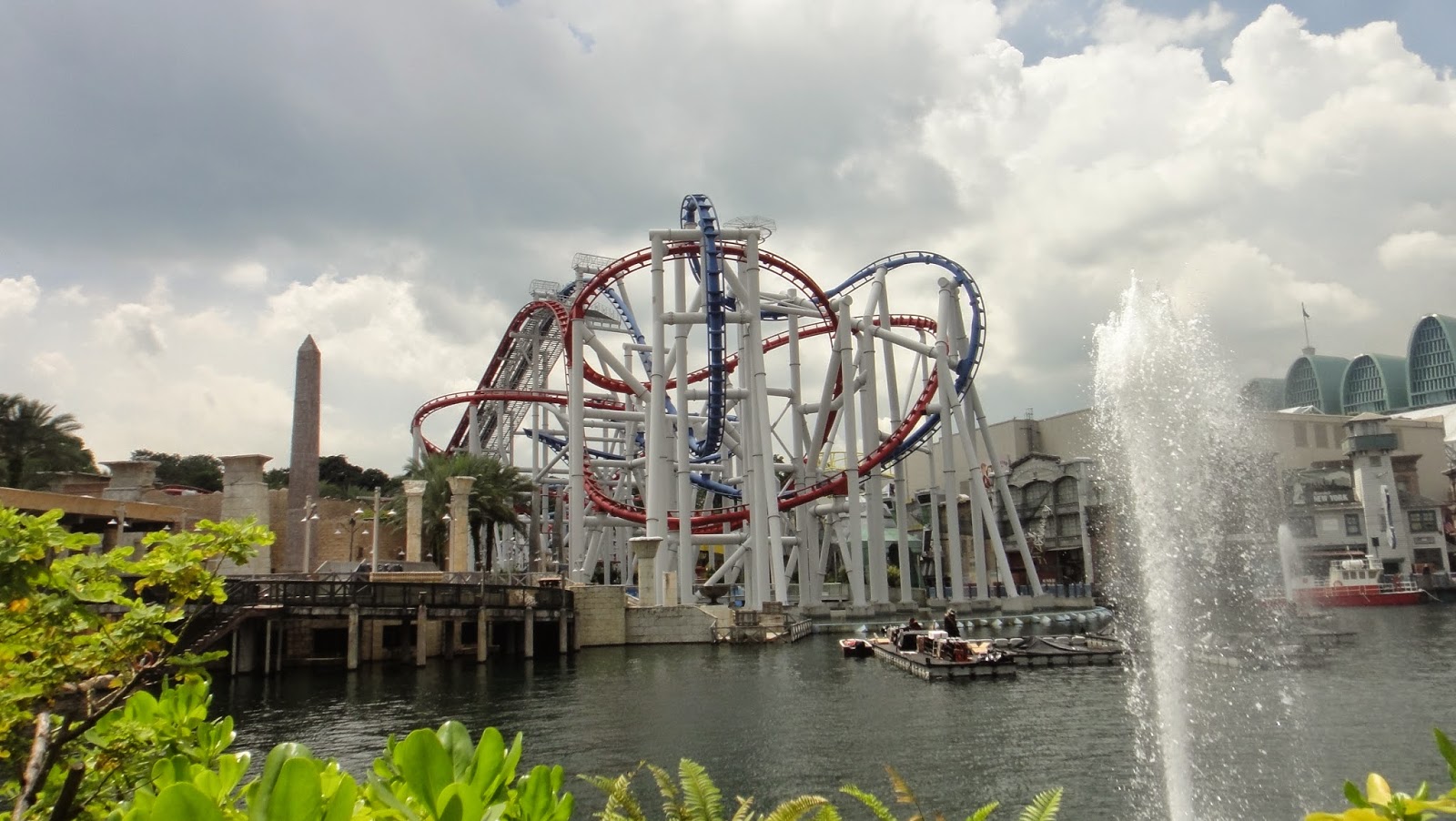 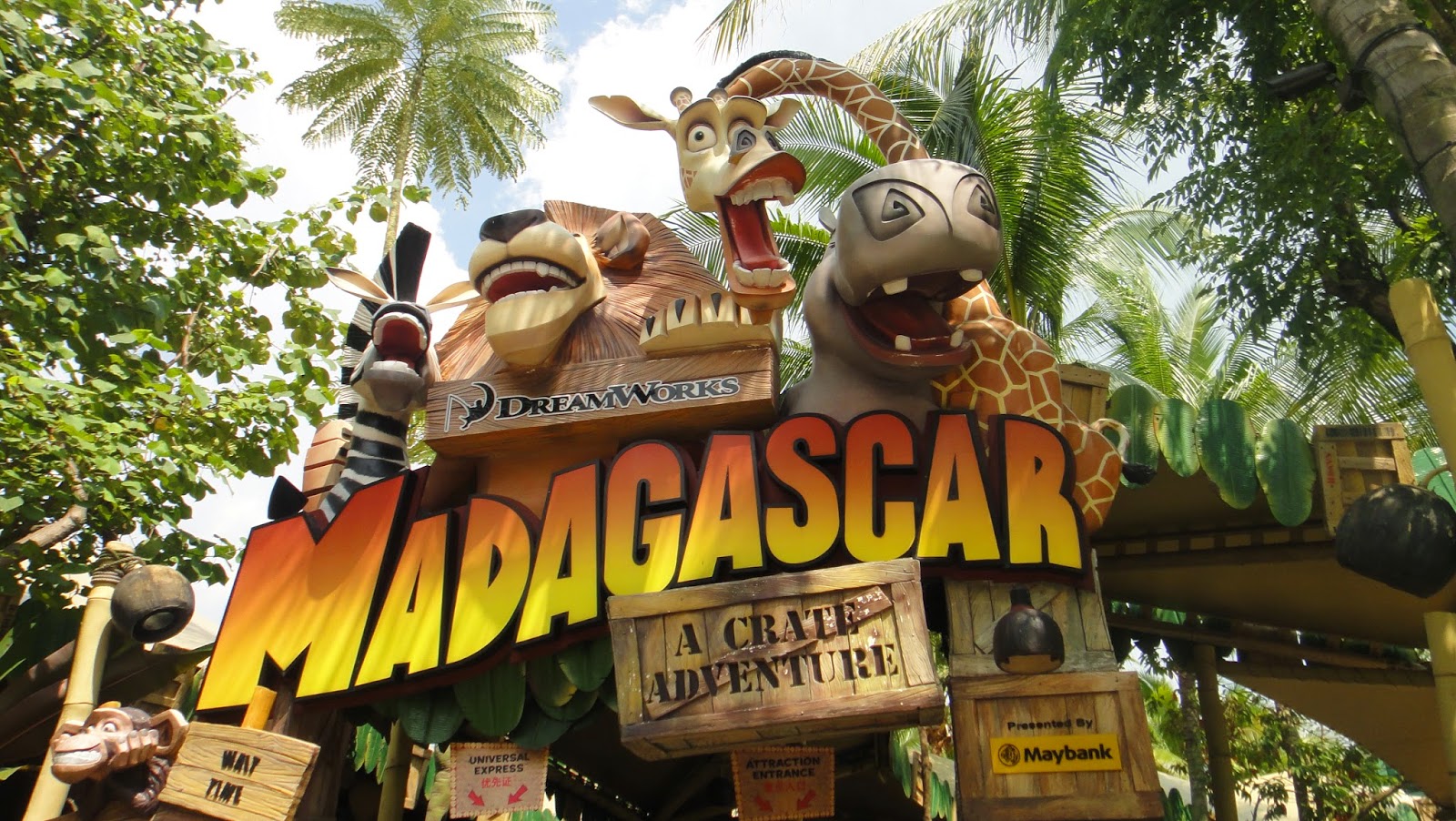 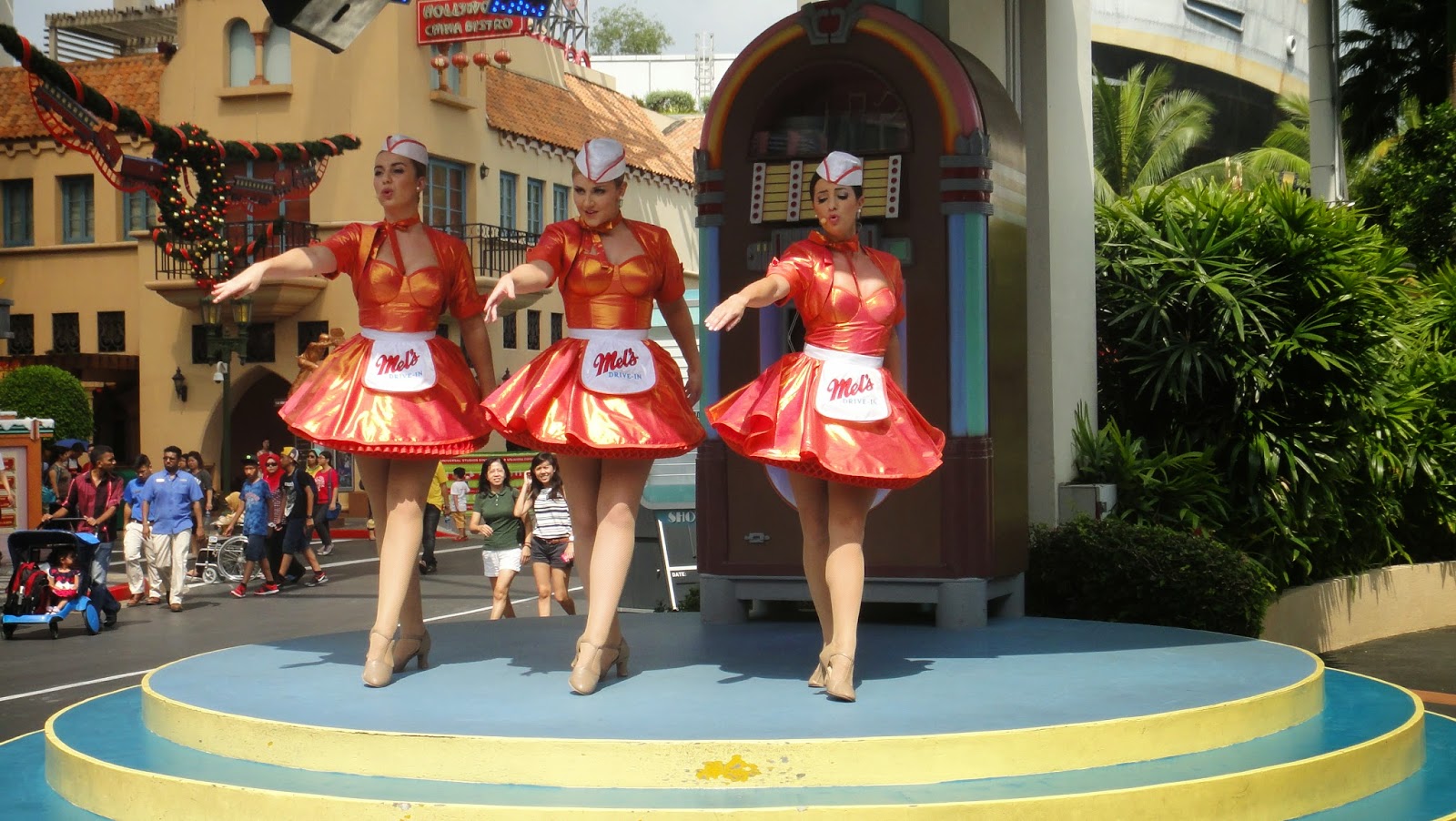 Showgirls! It was so hot at this time but they performed 4 songs pretty much flawlessly and sang live too! Loved ’em 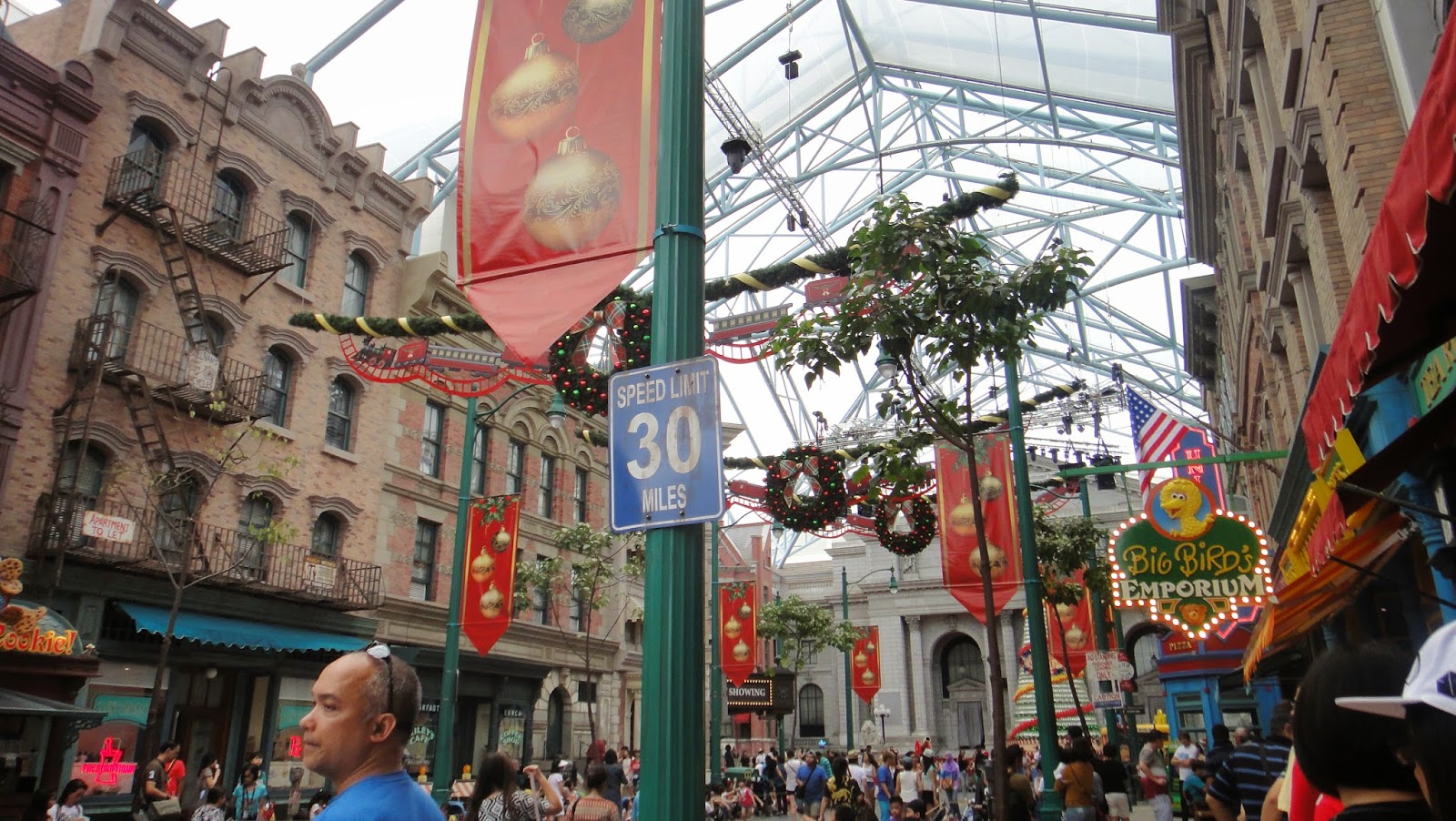 My sisters and I had finished one complete round of the park by around 3 which was a lot sooner than expected so we hung around the “Hollywood” and “New York” area for a bit where many people were crammed to witness the character parade. It started raining as soon as that started so it was very very crowded. 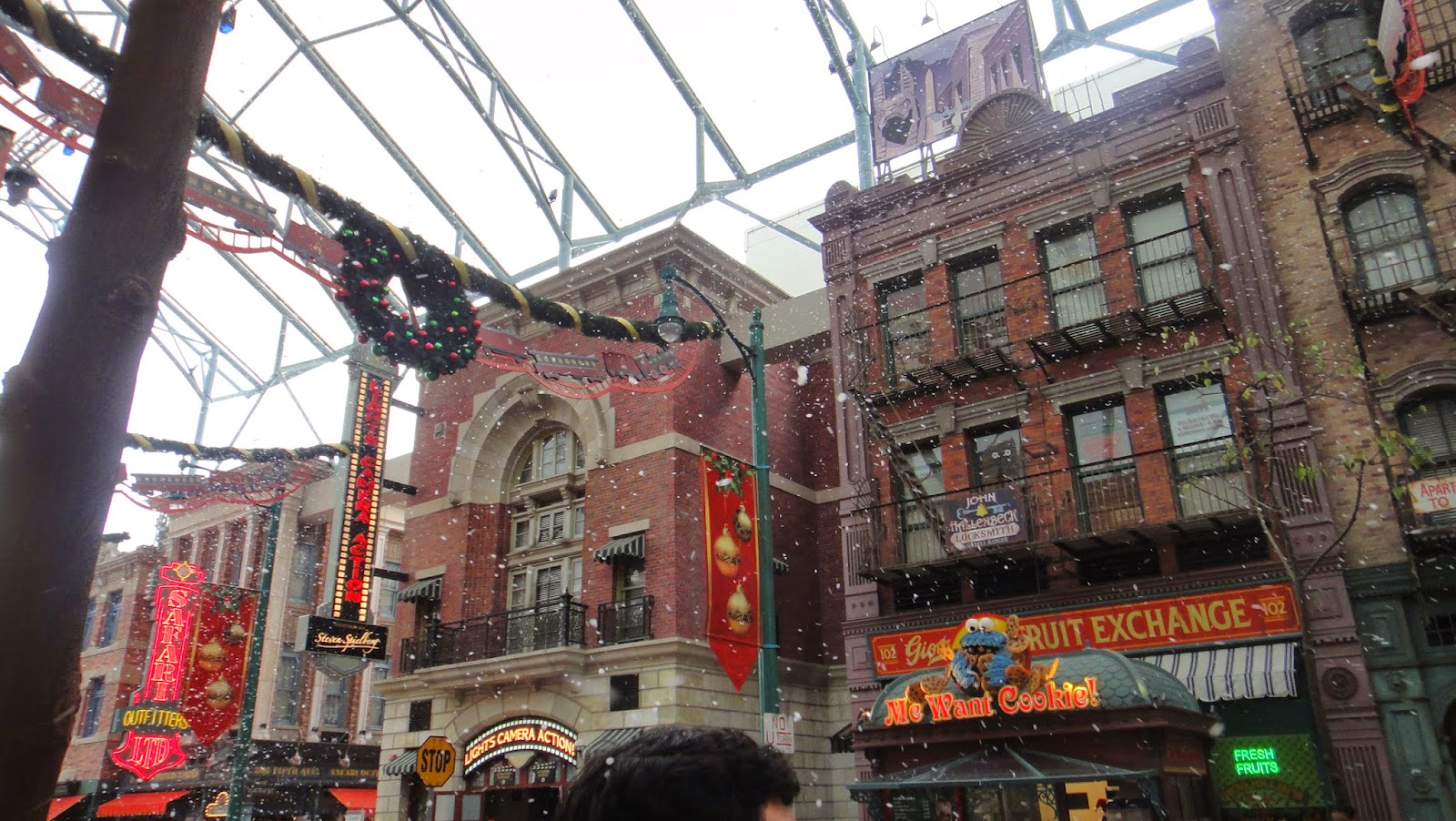 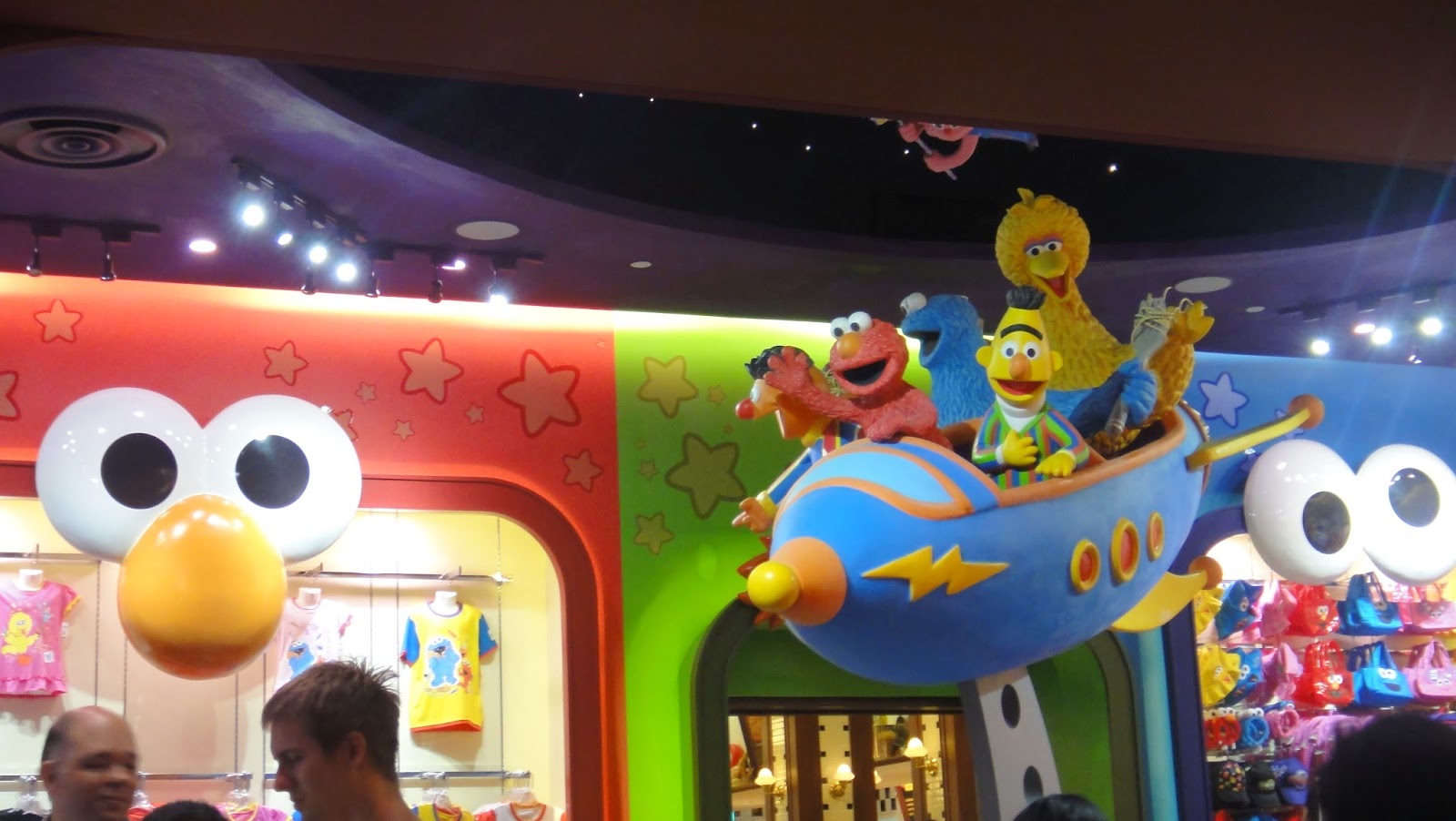 Surprisingly, I enjoyed the Sesame Street Ride (probably more than Jurassic Park) where we had to save Earth with Elmo and Grover from having all our spaghetti stolen. For me, that would be the end of the world. 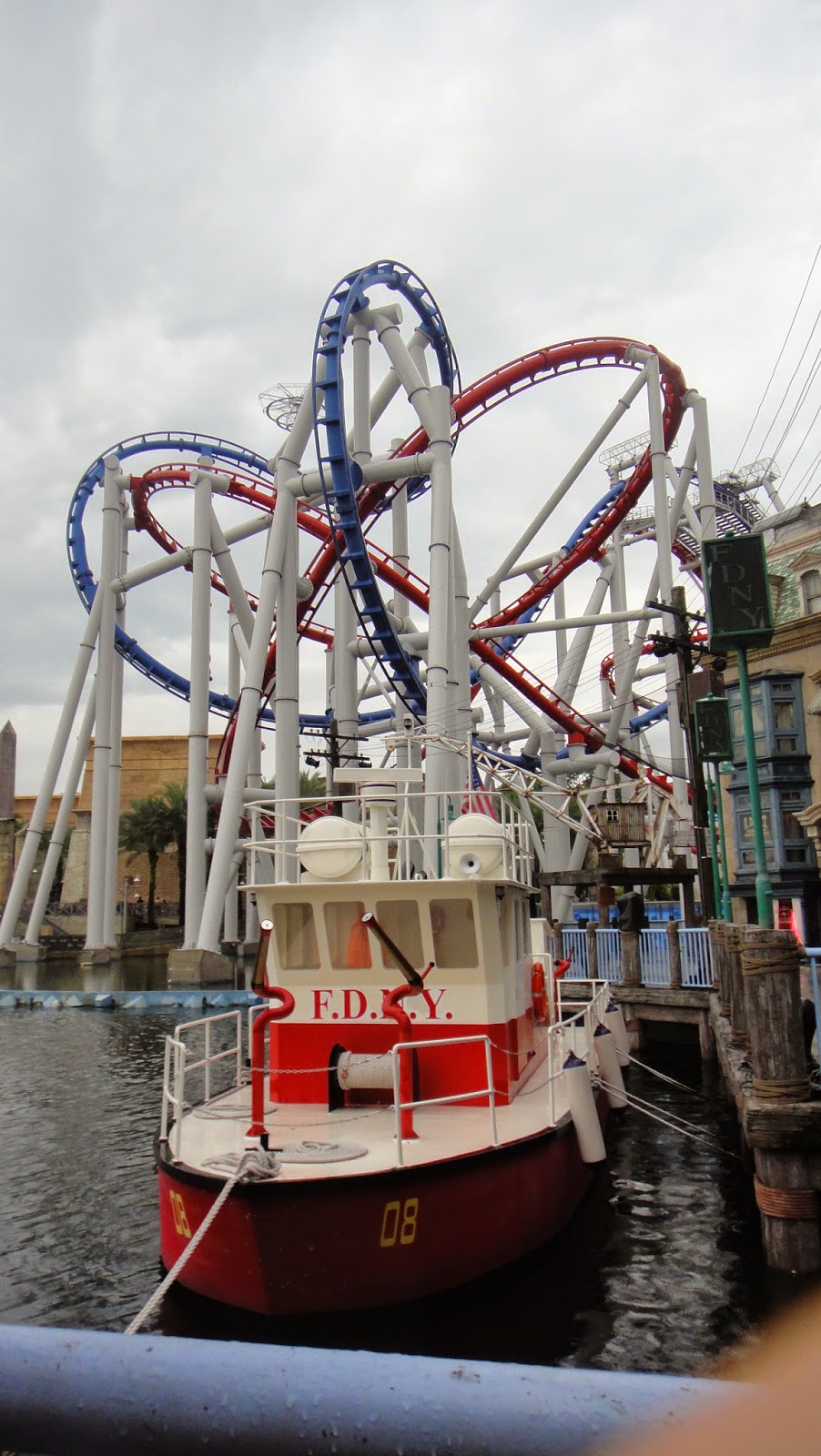 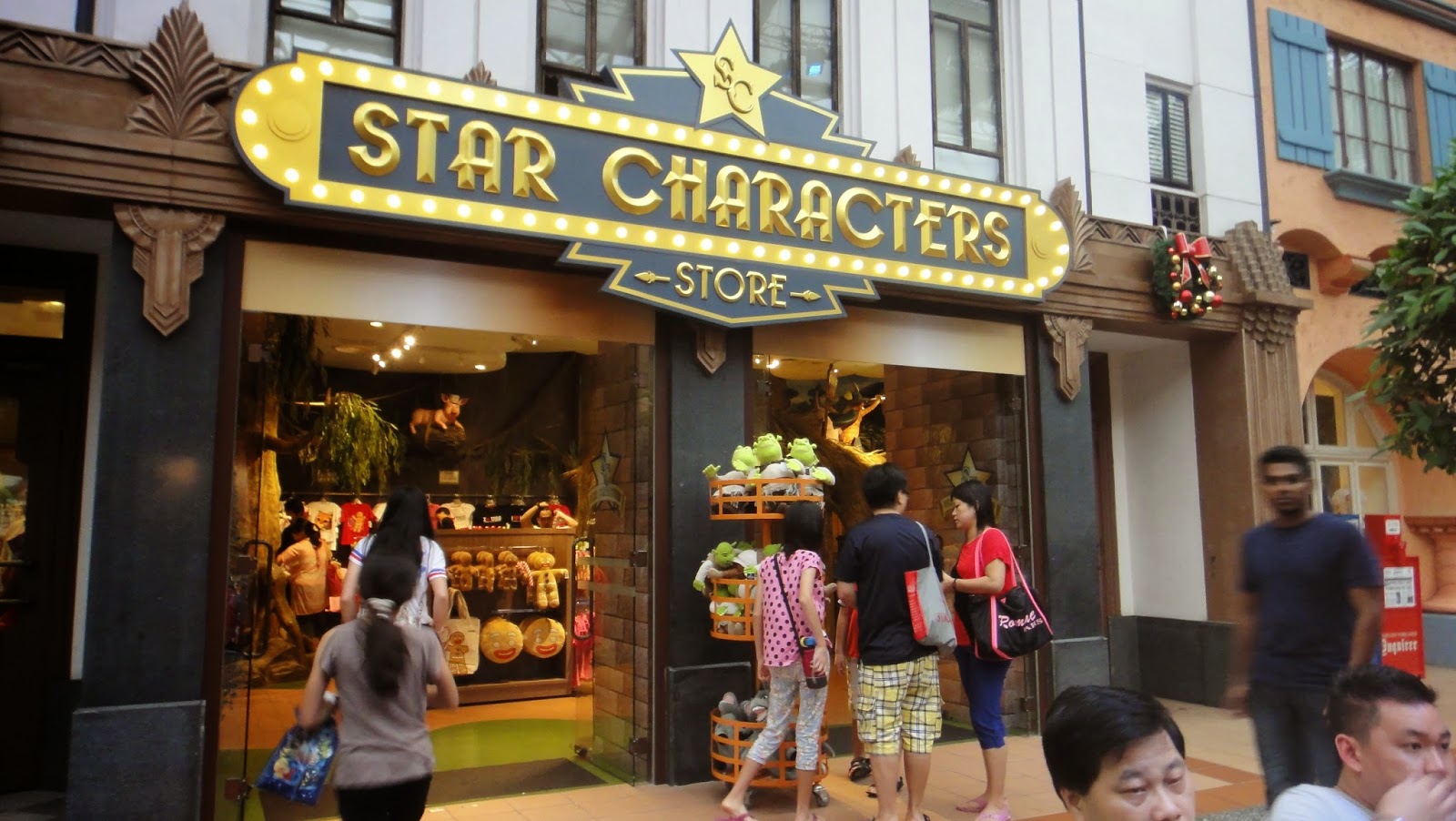 The rest of the time, we just made rounds to the merchandise stores and checking out what they had. Some of the items were pretty amusing ~ I wanted to get everything ! 😀 Especially for Sesame Street, Despicable Me and Transformers but I ended up just getting something from Transformers. They’re so cool :’D 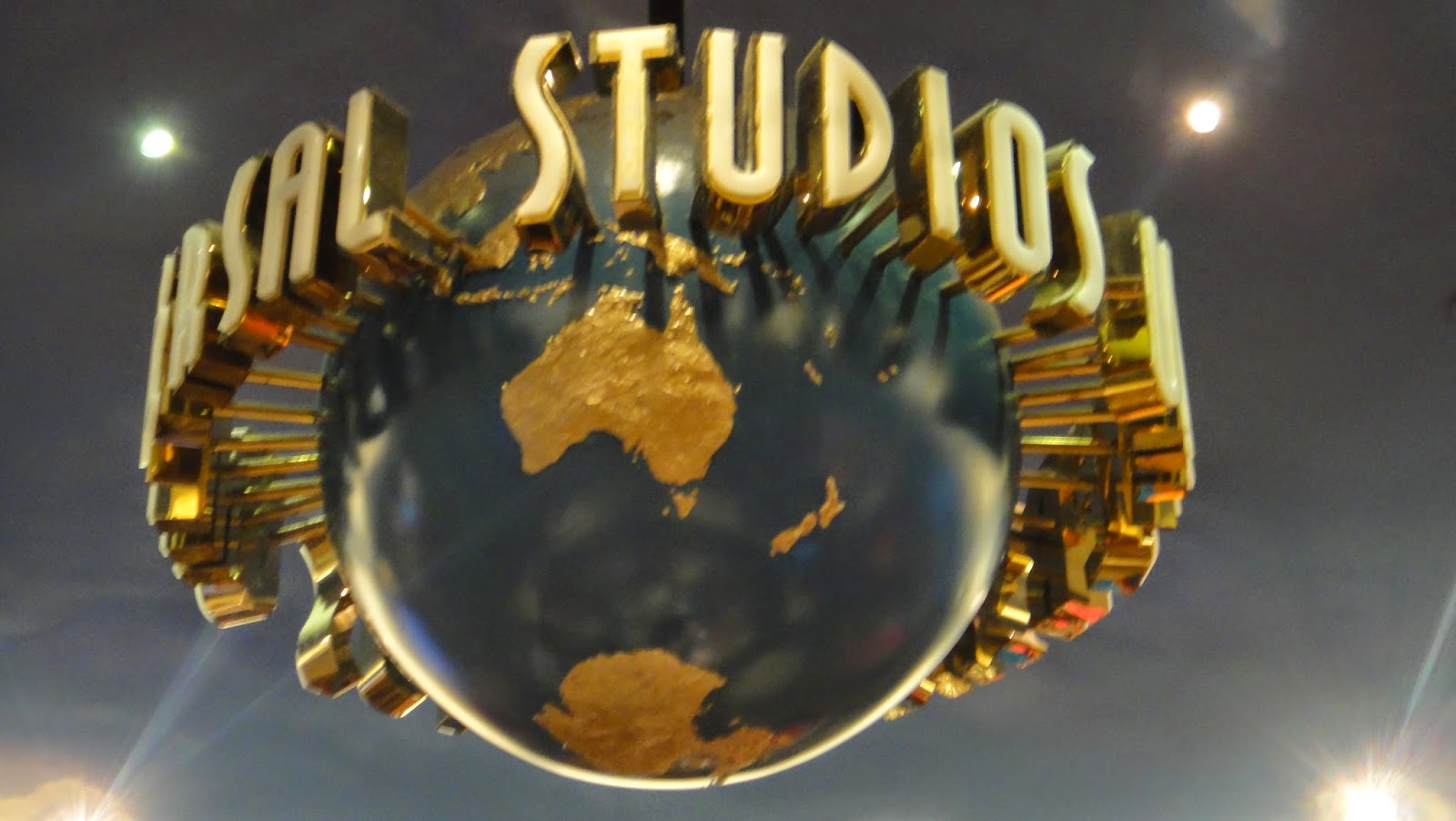 Universal Studios is only one of the many attractions at Sentosa so I’ll definitely be back in the future to explore the rest! I had so much fun and here’s a tip: SINGLE RIDERS! For most of the rides, my sisters and I rode “single” meaning we just filled the spaces since most people in groups. Single riding is a lot faster so we didn’t have to waste time in those huge queues.